Epic Games and Unity Technologies are locked in a battle for the hearts and minds of game developers. They both make game engines, or the tools used by game developers to make games that run on PCs, consoles, and mobile devices.

But when it comes to making games, their strategies are very different. Epic Games has always created its own titles, ranging from Unreal to Fortnite. Unity tried making its own game at first, but it found that its tools were much better than its game and it never looked back.

When Epic Games was making Paragon, the failed multiplayer online battle arena game, its strategy didn’t look so good, as it seemed the game’s failure was a drag on the company. But after it debuted Fortnite last year and launched the battle royale mode in September, the strategy looked brilliant. The free-to-play Fortnite has generated more than a billion dollars in revenues and hundreds of millions of downloads. On Twitch, livestreaming of Fortnite is skyrocketing as rivals fall off.

Both engine makers are in this to make a profit, but they also say they are in it for the cause of improving the lot of game developers. They’re just going about it in very different ways. 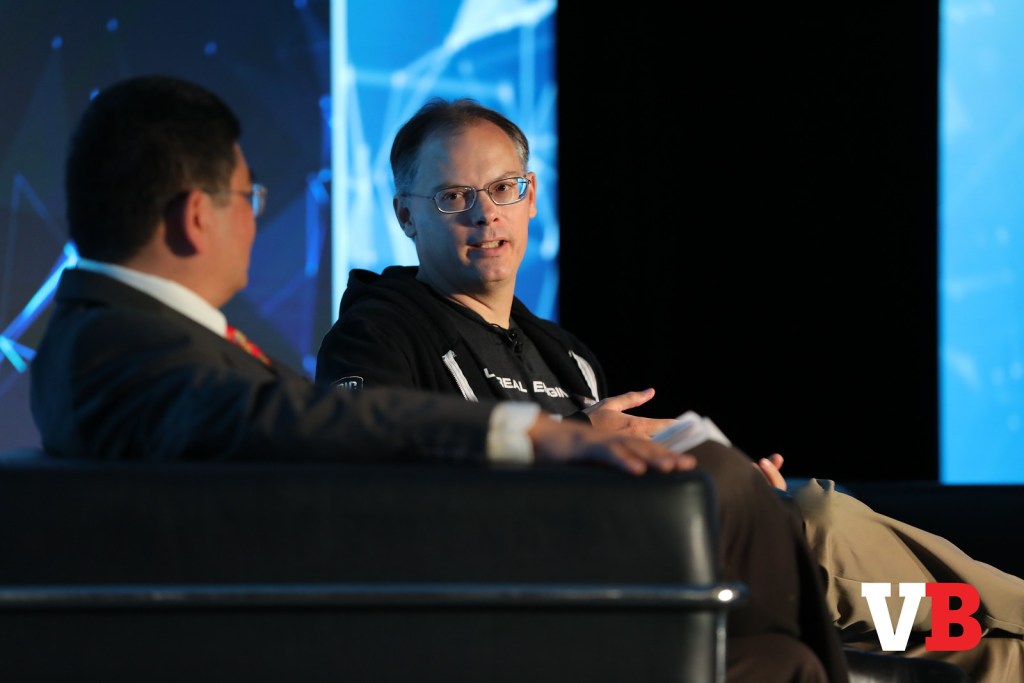 Above: Tim Sweeney at GamesBeat Summit.

And the good fortune is coming back to help the Unreal Engine and Epic’s game developers. On the Unreal Engine Marketplace, Epic cut the percentage it keeps from sales of developer-created assets from 30 percent to 12 percent. Developers, who get a retroactive rebate, can thank Fortnite’s success for the extra money in their pockets.

Tim Sweeney, CEO of Epic Games, said there are other benefits to Epic’s investment in Fortnite, such as the work it did to make sure the game runs on the Android operating system. And that work shows up in the latest update, Unreal Engine 4.20.

“For the past six months we’ve done a huge amount of work to optimize the Unreal Engine for all mobile devices and especially optimizing for Android compatibility and Android performance with Vulkan and OpenGL,” he said. “All the optimizations we’ve done to date for Fortnite on Android are in that version. The real goal of all of this that we’re doing with Unreal Engine is make it possible to build a console-quality game, one of the most beautiful high-end games in the industry, and then release it on everything, reaching a much larger audience than just the owners of high-end gaming-focused devices.”

Unreal is free up to the first $3,000 in revenues, so that people who experiment with it as a hobby can use it for free. But after that, you pay a 5 percent royalty to Epic Games, and that amount of money can be huge for successful games. By contrast, with Unity, the engine is free for hobbyists. If your revenue exceeds $100,000 for your game, then you pay $75 a month for a pro license.

This pricing structure explains in part why Unity has done so well at the low end of the market with indies, casual games, and mobile games, while Unreal has been the leader at the high end of console and PC games. But each company has made moves into each other’s strongholds.

“We’ve long seen this kind of indie versus triple-A production value split between Unity and Unreal. The move of mobile gamers to high-end games really will lead to significant growth in the adoption of those high-end games, and that’s good for Unreal. But both engines are strong. There’s a need for both of them to exist,” Sweeney said. 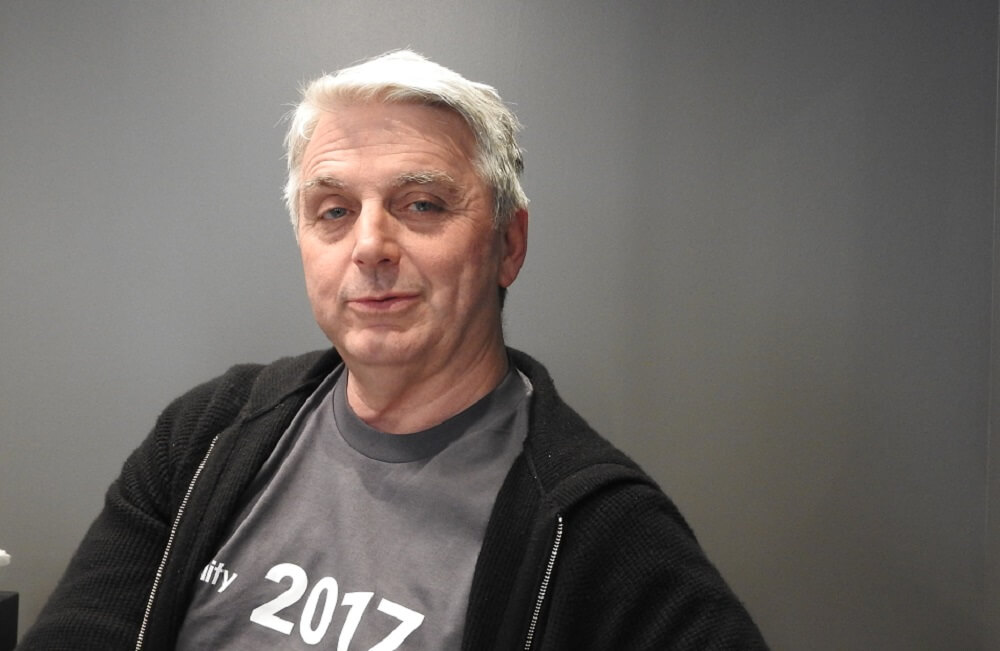 Unity has said in the past that it doesn’t compete with its customers. You can imagine it can get ugly when a developer accuses an engine maker of stealing its ideas for making a game, as PUBG Corp. did when it sued Epic (and later dropped the suit) for creating Fortnite by copycatting PlayerUnknown’s Battlegrounds. And Unity can invest 100 percent in making the tools that directly benefit developers.

But Sweeney said, “We’ve always used our internal game development to push our engine forward, to tease out all the performance and optimization and opportunities there, so that all game developers can benefit from the work we’re doing. It’s especially important at the high end. The complexity of shipping a game like Fortnite across all these platforms — a very open-world game, 100-player networking, advanced graphics — it pushes the engine in all directions. I can’t imagine how you could possibly build the technology base for a game like Fortnite without developing a game like that yourself.”

The billion dollars in revenue that Fortnite has generated will also help the company build a better game engine as well.

“The awesome thing about Fortnite is it’s brought a huge volume of digital commerce to Epic. We can now do that very efficiently,” Sweeney said. “We can handle payment processing and customer support and download bandwidth with some great deals. We’re passing the savings along with the Unreal Engine Marketplace. We’ve change the royalty split from the 30/70 you see everywhere to developers getting 88 percent. We find that’s a great boon for developers.”

He added, “The thing to understand about quality indie developers, and also asset creators, is that a large part of their income goes to costs. If they’re making a 10 percent profit from their business, going from 70 percent to 88 percent triples that margin. It makes a huge difference in their ability to compete, to hire people and to grow. I really hope there’s a better trend in the industry toward economic efficiency in distribution. Mastercard or Visa will process payments for 2.5 percent or 3.5 percent per transaction. These stores taking 30 percent is just out of line. There’s a 4X profit margin or more.”

This is why Epic Games decided to create the Fortnite installer, so that Android players could download the game directly from its own site, rather than from the Google Play store. It’s not as convenient for players who have to set up their own payment programs, but if they want the game enough, they’ll do it.

“There are two reasons for what we’re doing,” Sweeney said.”First, we want to have a direct relationship with our customers wherever we can. On open platforms like PC and Android, it’s possible for them to get the software direct from us. We can be in contact with them and not have a third-party distributor in between.” 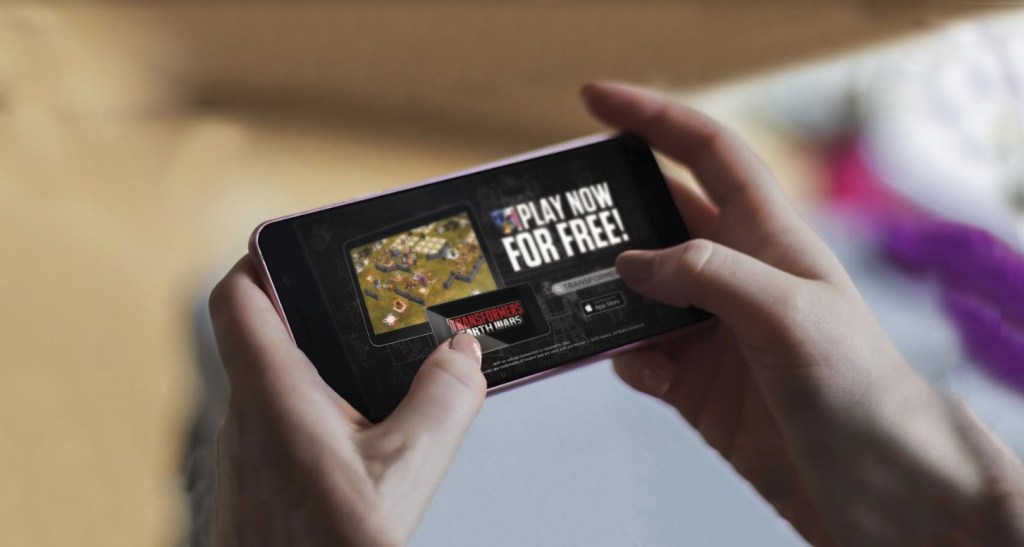 Above: Google and Unity have teamed up on mobile game ads.

He added, “The second motivation is the economics of the store ecosystem as it exists right now. There’s typically a 30/70 split, and from the 70 percent, the developer pays all the costs of developing the game, operating it, marketing it, acquiring users and everything else. For most developers that eats up the majority of their revenue. We’re trying to make our software available to users in as economically efficient a way as possible. That means distributing the software directly to them, taking payment through Mastercard, Visa, Paypal, and other options, and not having a store take 30 percent.”

Instead of helping, smartphone platforms do very little and they even make the experience for players worse, showing them ads for things like PUBG or Minecraft, Sweeney said.

“I’m a fan of open platforms. I feel that they’re by far the most robust in terms of competition and consumer choice. As a result of that, you see the best work being done and pushed forward on them,” Sweeney said. 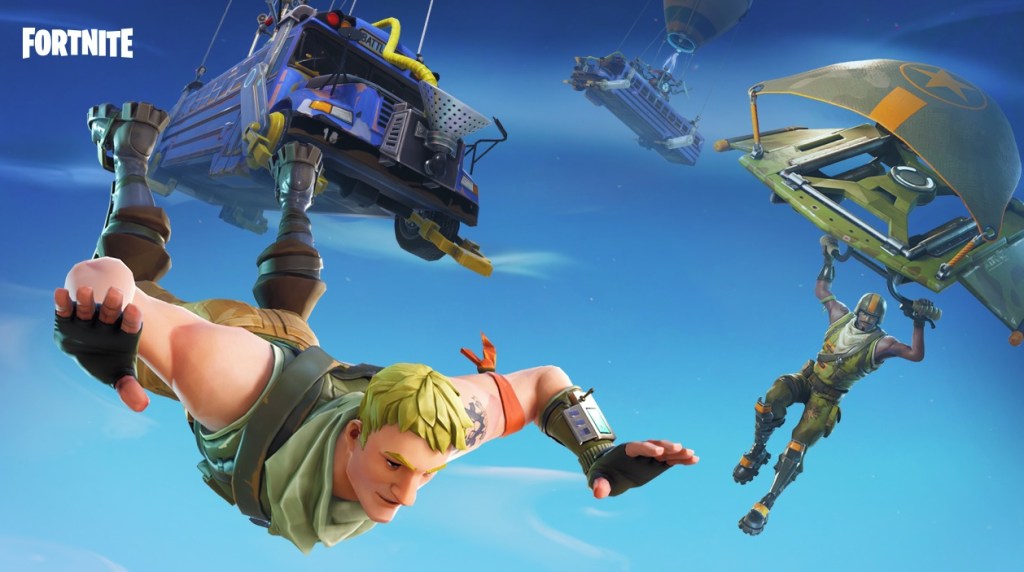 Of course, while Epic Games was busy figuring out how to escape the Google Play store, Unity was working closely with Google on how to create an integrated experience where Google’s wide array of advertisers could reach 1.5 billion devices that run games and apps built with Unity.

That deal is going to make it easy for developers to add advertising to their mobile games. That will help them grow the usage of ads in mobile games, improve revenues for developers, and give all parties more money so that Unity can invest more in its engine and developers can put more money in their games. Google has cut no such deal with Epic Games.

So far, Sweeney is happy with Epic’s strategy that allowed it to make Fortnite and then reinvest the profits and benefits in the wider Unreal ecosystem.

“As far as the success of Fortnite, that’s the best type of funding a company can get: microtransactions from happy customers,” Sweeney said. “We’re heavily reinvesting, based on Fortnite’s profits, in the underlying game. We’re building our team, adding features, starting a lot of long-term initiatives that will bear fruit in the coming years. We’ve been investing into Fortnite esports. We have competitions, events, and opportunities to win real money. We’ve announced $100 million in prize pool money coming in the next 12 months. This is a great boon for Epic. We have an unlimited ability to invest in our technology, our games, and all the ecosystem around it.”

Time will tell if Epic Games or Unity Technologies has the right strategy. But right now, who can argue with the success of Fortnite, which is on its way to becoming the world’s most popular game?