When table tennis was added to the Olympic Games in 1988, its proponents had spent 57 years pushing for its inclusion. But what may surprise you is that a major roadblock was internal from the International Table Tennis Federation (ITTF), not external from the International Olympic Committee (IOC). There had always been disagreement as to whether inclusion in the Olympics as an event would benefit the sport.

Former ITTF chairman Ivor Montagu represented the anti-Olympic view, saying, “I am opposed to the inclusion of table tennis in the Olympic Games,” adding among his reasons, “[Table tennis] does not need the Olympics. For us, they are a duplication.”

It’s an interesting history, considering table tennis has been compared to esports in Olympic contexts. That comparison isn’t always apt, except in a clear way: For esports, inclusion in the Olympics would be an unnecessary and harmful duplication.

Esports are not a monolith

There are some esports that slide into an Olympic setting extremely well. At Unikrn, we work closely with NBA 2K League teams, which launched its inaugural season this year and largely targets young sports fans as an audience. There’s a natural synergy between NBA 2K play and traditional sports.

But NBA 2K is not a major esport like Counter-Strike: Global Offensive and others; it’s a new, growing franchise and has an unusual connection with traditional sports audiences. The NBA 2K League is largely a funnel to interest more gamers in watching real basketball.

Hearthstone and other trading card games are potentially strong fits as well, especially given their potential to have individual competitors instead of national teams.

For most games, though, the IOC needs to negotiate with our culture for these discussions to lead to esports’ inevitable inclusion. Despite featuring judo, taekwondo and multiple wrestling events, the Olympics have taken a hard stance against any simulated violence. Given that League of Legends publisher Riot discusses their possible inclusion with the IOC, perhaps the committee is weakening their position — after all, League is a violent game.

Most esports don’t fit the Olympic mold. Every non-showcase event in the Olympics has had a major physical component to competition — some less so than others — but the less physically demanding an event, the more cultural history it has. Archery, riflery, and equestrian sports are all preserving skills that have deeply entrenched historical value and are showcased through the legacy of the Olympic games.

The Olympics have become an act of preservation, and esports are an act of disruption. We are the future, not the past.

Computer-interfacing is a modern, living skill. It has not established a historical cultural value, nor is it in danger of becoming lost to the ages. The reason the IOC is seriously considering us is because we are the future, and they want the viewership.

Esports are the prize

Beyond the handful of games already primed for inclusion, what would esports gain from being on this stage? It would be costly: Major esports would have to completely restructure to give players the time to prepare with a national team and compete at Olympic events.

The International, which has a prize pool exceeding $20 million for the second year in a row, the LCS, Overwatch League, the CS: GO minors or majors, and many other esports events are ongoing when the Olympics would be held in any given year. The problem is that events are always running in esports. It’s difficult to explain to traditional sports fans that there is no off-season in the digital world.

Tournament organizers already struggle to find windows for their own competitions with 12 months in the year.

When given a choice between Wimbledon and the Olympics (scheduled at the same time) in 1912, all top players competed at Wimbledon. If given a shot at the Olympics or Worlds, which do you think a career LOL player would take?

This means either Riot, Valve, and other publishers as well as tournament organizers would need to make major shifts for the IOC, or the IOC would need to broadcast games with non-pro national teams.

Before television, the Olympic games wouldn’t allow professional players to compete at all (this was one of the disagreements which led to tennis’ removal from the games), but once viewership began to matter, so did professionals. Viewership matters, and esports are not just an extension of gaming. They are competitive, and the top-level talent brings the viewers.

The 2018 Winter Olympics was the least-watched in history. If anybody needs anybody, they need us. I’m tired of seeing claims that esports should be drooling over the chance to be included.

The size and scope of esports events will alone drag traditional media to us over time, as it already has with forward-thinking elements including ESPN, Turner, and The New York Times. Getting into the Olympics may be a welcome shortcut for some esports, and it is an inevitability, but this is not representative of the esports dream. If anything, it’s a means to an end.

Have you ever wondered why Olympic soccer teams aren’t filled with the FIFA all-stars you see around the world? In order to include soccer, FIFA doesn’t permit players older than 23 to compete in the Olympics. They even considered lowering the age to 21, which would have even further restricted the players the Olympics could access (but held off under pressure from the IOC).

Why does FIFA call these shots at the Olympics’ expense? The Olympics don’t legitimize soccer; soccer legitimizes soccer. There is no reason to allow the Olympic Games to become a competitor to the World Cup.

Esports as a whole has to decide how it sees itself: a small fish or a big fish? Does it need to be legitimized or would the Olympics be lucky to have them at all?

For example, let’s end where we started: When the ITTF decided to submit a petition to the International Olympic Committee in 1977, it withdrew that submission for fear of rejection. That rejection had been a motivating factor in the ITTF’s hesitation to engage with the IOC for decades.

This highlights a clear danger — to believe that the Olympics legitimizes a sport is implicitly believing that rejection is delegitimizing.

Maybe the Olympics do provide a major legitimizing factor for smaller or only nationally popular sports, such as dressage, table tennis, or archery. These are small events compared to the world’s most major competitions such as soccer, tennis and others. However, for those major competitions, inclusion in the Olympics can be no big deal — did you know that tennis pulled out in 1924 and was only recently reinstated?

What esports really needs is government recognition as a real, sporting competition. This is how the IOC could help. What we really want — and need — are lawmakers around the world to see esports as the major deal they are, whether or not they see it in the Olympics.

I don’t believe esports should need to answer to anybody for legitimization: not television channels, not old sports fans, and not the Olympics. Esports, and gaming more broadly, are the fastest-growing entertainment industry in the world, and every day an MLB fan dies and three esports fans are born.

Esports legitimize esports. If we are to be included in the Olympics, it should be on our terms. 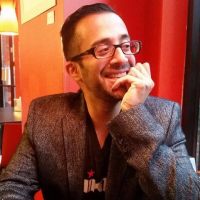