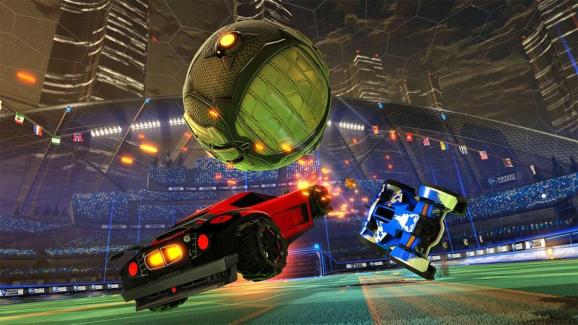 Rocket League was a major early beneficiary of crossplay

Developer Psyonix’s second annual Universal Open Rocket League tournament for its soccer-with-cars hit game is speeding toward its grand finals on August 24 to August 26. But in the meantime, broadcasting partner NBC Sports Group has signed on for some exclusive behind-the-scene looks at this year’s competitors, produced by esports infrastructure company ReKTGlobal.

As interest in esports continues to rise, the players are getting more time in the spotlight. Eleague hosted a reality TV show The Challenger ahead of its Street Fighter V Invitational, showcasing human drama and hyping up its competitors. Tencent has a scripted TV show in the works about its mobile multiplayer online battle arena megahit Honor of Kings. Though the Chinese tech giant’s show is fictional, it’s intended to show the kind of obstacles professional esports players face in their quest for greatness.

ReKTGlobal’s videos will focus on the Universal Open Rocket League teams’s stories. It will interview players like last year’s semifinalists Emiliano “Sizz” Benny and Jacob McDowell, who compete under the name SizzleUrCob. Last year, McDowell was signed with esports organization NRG, but this year both he and Benny play for Team Rogue.

Rocket League celebrated its third anniversary in July, and it now boasts over 40 million players on PC, PlayStation 4, Xbox One, and Nintendo Switch. Psyonix is also working with Tencent to bring a free-to-play PC version of the game to China, though the launch date is still to be determined.