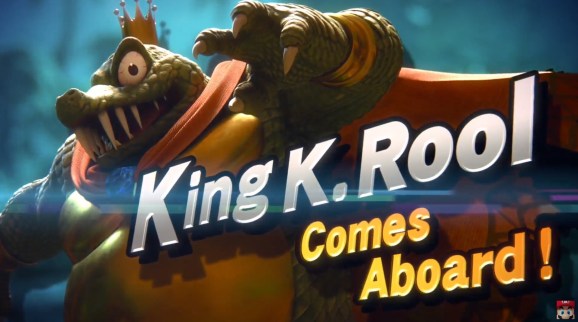 Nintendo announced during its Nintendo Direct stream that King K. Rool, the villain from the Donkey Kong Country series, will be a playable character in Super Smash Bros. Ultimate.

Super Smash Bros. Ultimate comes out for the Switch on December 7. It’s one of the system’s biggest releases for the year, making it a huge part of Nintendo’s holiday strategy. Ultimate will include every character who has even been playable in the series’ history in its roster.

King K. Rool has been a popular request from Super Smash Bros. fans. The series has had villains like Bowser and Ganondorf, and this addition adds another exciting baddie to the roster.

King K. Rool debuted in Donkey Kong Country, the popular 2D platformer from Rare. It released for the Super Nintendo in 1994.