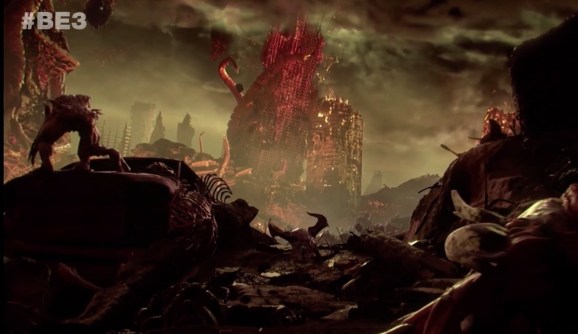 Many gamers were surprised when Doom’s 2016 remake found its way to Switch. But now Bethesda has announced that its sequel, Doom Eternal, will also launch for Nintendo’s hit console.

Doom Eternal is also coming out for PlayStation 4, Xbox One, and PC. Those machines are all more powerful than the Switch, especially if you consider the PlayStation 4 Pro and Xbox One X. But Bethesda was able to optimize Doom for the Switch, and the port was a success even though it released over a year later on that platform.

And now even the more advanced sequel is coming to Nintendo’s home console/portable hybrid.

Doom Eternal should come out on the Switch much closer to the release date of other platforms, if not on the exact same day. Bethesda does not have a release date for Doom: Eternal yet.