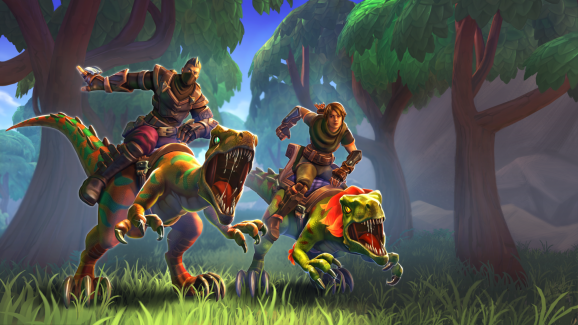 Hi-Rez Studios announced today that it is forming three development studios. Each one will focus on a single Hi-Rez game.

“The establishment of Titan Forge, Heroic Leap, and Evil Mojo as standalone studios enables each of our development teams to fulfill their maximum potential and stay hyper focused on serving their individual player communities,” said Chris Larson, who will oversee these studios as general manager, in a press release sent to GamesBeat. “We view game operation as a marathon, not a sprint. Our games are built to provide near constant updates over many years. By giving each major game its own dedicated studio and identity, we empower them to control their own destiny and focus exclusively on their player communities, while still having access to our leading shared publishing services.”

Combined, Hi-Rez’s games have attracted over 70 million players. All three of these major titles are free-to-play available on PC and consoles. Hi-Rez makes money by selling players cosmetic items.

“We want each person under the Hi-Rez umbrella to be focused on building amazing player communities around incredibly creative and constantly evolving games,” said Stew Chisam, president of Hi-Rez, in the press release. “By organizing in this way, we give each group a distinct mission around this common goal. We believe this is the best approach to unleash our creative talent and serve our players, while continuing to grow.”