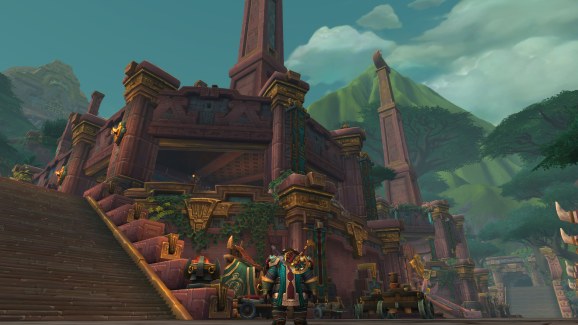 World of Warcraft’s newest expansion, Battle for Azeroth, is finally out. That means the race is on to reach the new level cap of 120! But the world Blizzard has me questing in is so beautiful that I feel more like taking my time and savoring the scenery.

Battle for Azeroth introduces two new landmasses, with each faction (Horde and Alliance) starting on a different one. The Alliance go to Kul Tiras, an island nation with port town and pirate motifs. But I’m in the Horde, so I went to Zandalar. And, man, do I love Zandalar. 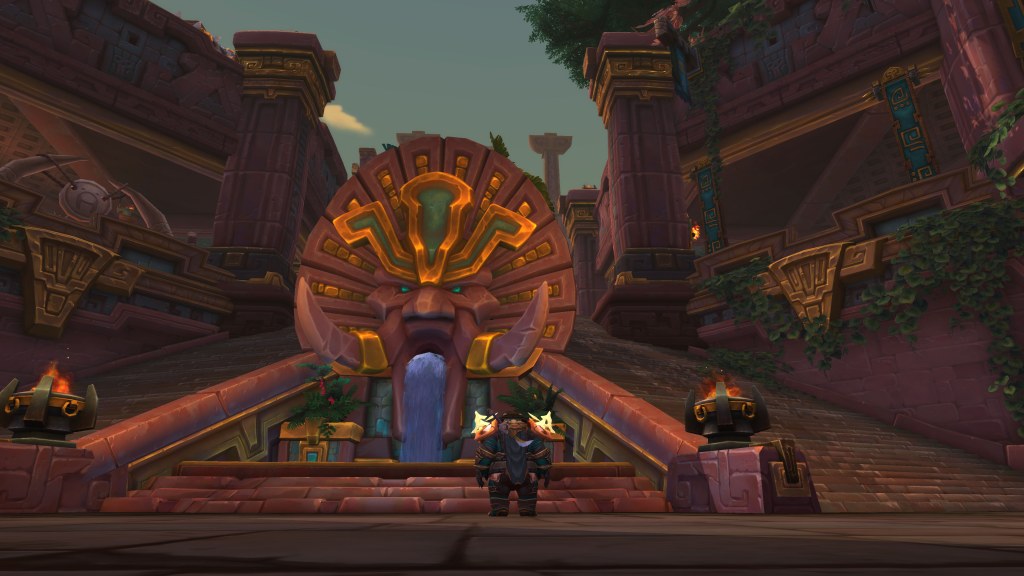 Above: We aren’t in Ogrimmar anymore.

This is a Troll empire. Trolls have been a playable race in World of Warcraft since the MMO launched in 2004, and Blizzard has injected their culture with voodoo influences. But these Zandalari Trolls have a kingdom that resembles something Mesoamerican, like the Aztec and Mayan cultures (although I’m afraid I lack the expertise to tell you which one if closest to what World of Warcraft is doing). Zandalar’s capital city of Zuldazar teems with pyramids, bazaars, statues, fountains, and steps … lots and lots of steps.

This is typical of Blizzard’s design strategy for World of Warcraft. It looks to other sources for inspiration, which has turned the Warcraft universe into a hodgepodge of aesthetics that includes medieval fantasy, high fantasy, Norse mythology, Chinese mythology, Lovecraftian horror, and more. But Zandalar has another twist that makes it more interesting: dinosaurs. 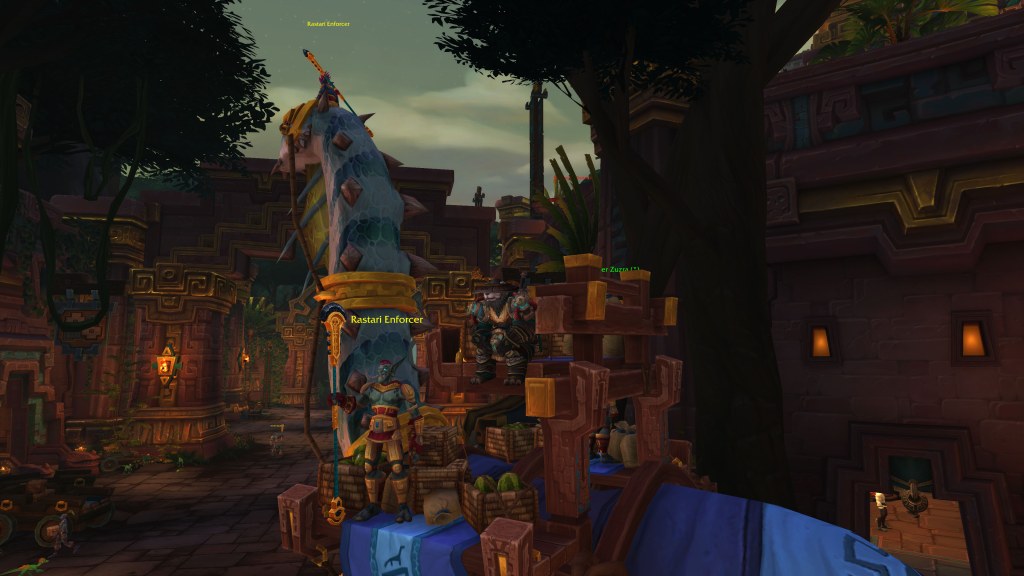 Above: Why walk when you can travel via dino?

We’ve seen dinosaurs in World of Warcraft before. They play a big role in Un’goro Crater, which was one of the game’s original zones. But there, the dinos roamed free like another enemy mob. The Zandalari have tamed dinosaurs, keeping them as steeds, pets, and weapons. The Trolls adorn the dinosaurs with the same sharp, golden armor that they wear.

This odd combination of Mayan and Jurassic Park has created one of my new favorite zones in World of Warcraft history. I love exploring a new city, and Zandalar feels alive with all of its merchants, stores, and little nooks and crannies. The architecture has an incredible amount of detail, with each wall showing off emblems and designs that deserve a close look. 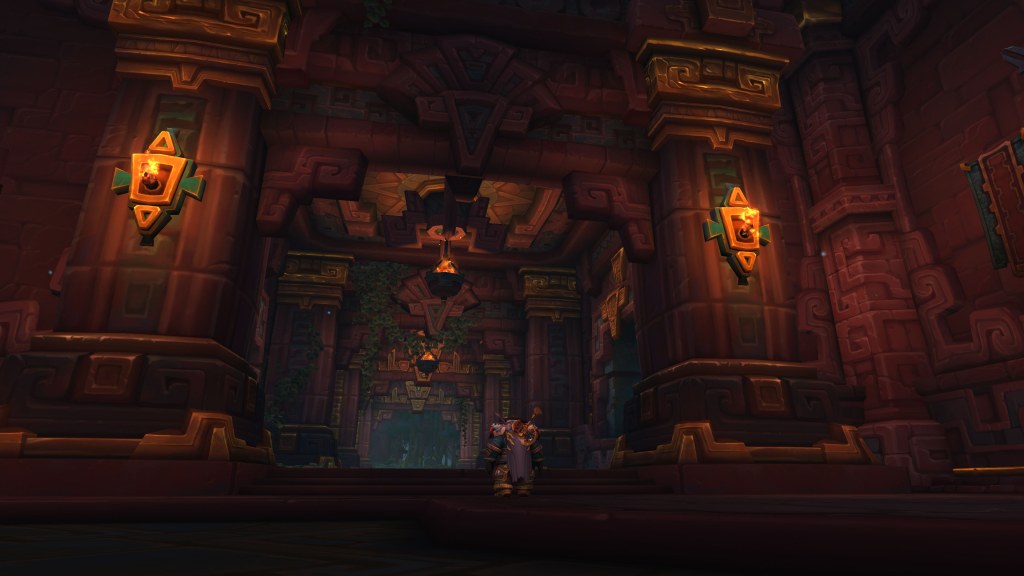 Above: I can waste a lot of time just staring at walls.

This is still the only zone I’ve quested in during my Battle for Azeroth adventure. I’m hoping that the other five new areas are nearly as impressive. I would be a little shocked if I liked any of them as much as Zuldazar. This detailed, colorful city has become one of my new favorite locations in all of World of Warcraft. It also has music that you need to listen to.

If I had had my own choice, I would have played in the Alliance for this expansion. I only picked Horde because that’s what most of my friends are playing. But getting to run around Zuldazar makes me feel much better about my faction.