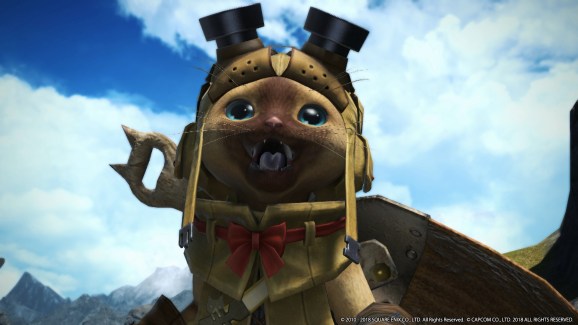 The Chinese government has to approve every game that goes on sale in that country, which is a problem considering it hasn’t approved any new digital games since March 28 — that even includes games from domestic developers. This is going to cause a dearth of new releases in China later this year, according to research firm Niko Partners. But it is already hurting foreign developers and publishers right now. It is one more barrier to one of the world’s most lucrative and unwelcoming gaming markets.

China spends more money on games than any other country, including the United States, according to Niko. And it looks like it will continue to do so, but gaming fans in that country may have to focus on older releases.

The issues stem from shifts within the Chinese government. The State Administration of Press, Publication, Radio, Film, and Television (SAPPRFT) was previously responsible for approving games, but now it has spun off a new group called the State Administration of Radio and TV (SART) that has taken over the role. The other agency, the Ministry of Culture, has continued to examine and provide permits to various games since March. But both groups must give permission prior to sale.

According to Niko Partners, that lack of permissions is the likely reason that internet conglomerate Tencent pulled Monster Hunter: World from its WeGame platform earlier this week. Japanese publisher Capcom launched its latest Monster Hunter game for PC around the world this month, and China was included in that by way of Tencent. But a week after its launch in that country, Tencent pulled it in response to “complaints,” according to the South China Morning Post.

“In early August we thought the wait [for new approvals] was over because Tencent launched Monster Hunter: World on WeGame, presumably with a license,” reads Niko’s blog post. “However, five days after launch, Tencent was ordered to take down the game and cease sales. An official reason for the games removal was not given, but likely is due to SART not granting its approval yet.”

Another possibility is that Monster Hunter came under scrutiny as part of Chinese regulators’ renewed crackdown on in-game content.

“The Ministry of Culture has investigated a number of game publishers and distributors and issued fines to those who are violating game publishing laws,” reads Niko’s blog. “There is also the ongoing block on South Korean game approvals, which is seemingly due to tensions between the two countries escalating after a THAAD missile defense system was greenlit to be built in partnership with the US. South Korean game publishers such as Nexon and Netmarble have been unable to receive licenses to launch their games in China since and even Tencent has been unable to monetise PUBG Mobile in China due to lack of approval.”

China has never made it easy for foreign developers, but many outside companies were making peace with working with domestic partners like Tencent and Perfect World to expedite the approval process. For example, Ubisoft and Tencent are trying to relaunch Rainbow Six: Siege on WeGame. But if even Tencent is struggling to get PUBG approved, a game it made itself in China, then the situation has regressed significantly.

The news about Monster Hunter has drawn attention to this wider problem in China, and it is dragging down the stock price for a number of publishers. As originally noted by Variety, South Korean publisher Nexon’s stock price dropped 5.86 percent on the Tokyo Stock Exchange (its headquarters is in Japan since 2005). Capcom dipped 2.7 percent, Konami fell 4.17 percent, and Nintendo lost 2.95 percent.

And what’s difficult for those publishers is that China is too big to ignore. It’s volatile, and its rules force most publishers and developers to split profits with domestic Chinese companies, but a hit in China could generate a huge boost to revenues. That’s something game makers need — especially those based in Japan, where the market for games on anything but mobile is stagnating or shrinking.