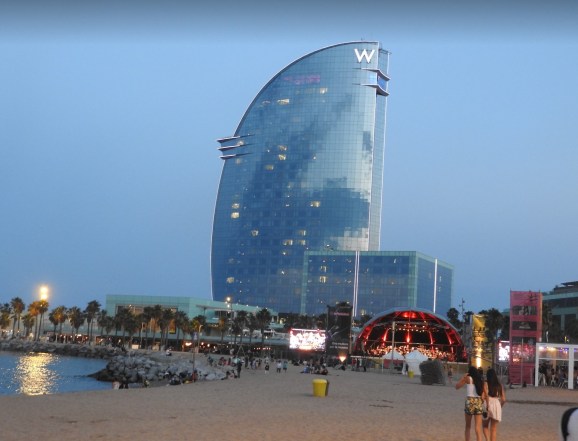 The W Hotel in Barcelona.

Mobile game publisher Tilting Point has opened a studio in Barcelona to tighten relations with Europe’s mobile game development community as part of its mission to help quality games reach their potential scale.

The move builds on the company’s commitment to invest $132 million annually to help developers scale great games to success. The studio will focus on functions that help developers be more successful with their own games.

Since its inception, New York-based Tilting Point has signed deals with 14 European developers, making the continent a major source for partnerships and growth for the company and a natural location for its next studio.

The Barcelona studio provides a presence for Tilting Point in a city that is home to more than 100 game studios and also plays host to the annual GSMA Mobile World Congress, the world’s largest exhibition for the mobile industry, and the Gamelab game conference. It’s another sign that many big cities are grabbing their share of jobs and studios in an ever-expanding game market.

The studio will be led by general manager Mathias Royer, senior marketing director Ignasi Prat, and art director Daniel Catalina. The team in Spain currently numbers 12, and the studio plans to double that number by the end of the year and double it again by the summer of 2019.

“Barcelona was an easy choice for us because the city features an incredibly rich talent pool of mobile game developers,” said Samir El Agili, president of Tilting Point, in a statement. “Barcelona is one of the few cities in the world where there are amazing game makers across all of the key functions required to make a successful game, from engineers to designers to artists to product managers. We look forward both to building our own studio from this community and to more closely serving mobile game developers throughout Europe.”

The Barcelona studio is already at work with local developer Bee Square on a UA partnership for their role-playing clicker game Almost a Hero. Tilting Point Barcelona’s creations have immediately become the best performing ads yet for the game and, since working with Tilting Point, the cost-per-install (CPI) for Almost a Hero has been reduced by 41 percent with revenues having multiplied two to three times.

Another key collaboration in Europe is with mobile game developer VRTRON, based in Malta. For VRTRON’s match-3/word puzzle hybrid game Languinis, the partnership with Tilting Point is a full publishing collaboration encompassing user acquisition, marketing, and live operations, the latter of which will be the domain of the Barcelona studio. Since working with Tilting Point, the sustained revenue per user has more than doubled from its launch timeframe, and the game’s daily revenue is six times more than it was just one year ago.