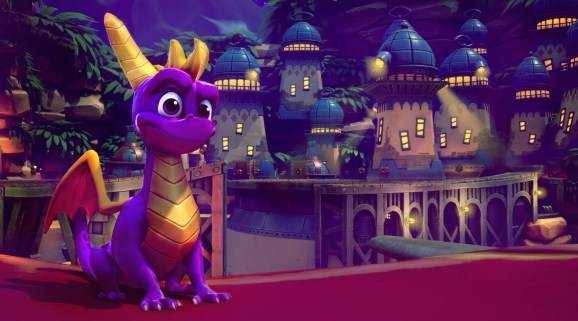 Activision Blizzard announced today that Spyro Reignited Trilogy will now be coming out on for PlayStation 4 and Xbox One on November 13, about two months later that its planned release date of September 21.

Along with Crash Bandicoot, Spyro gave the PlayStation brand 3D platformers that could compete with Nintendo series like Mario and Banjo-Kazooie. After the original PlayStation days, the series went multiplatform, just like Crash Bandicoot. The series saw a drop in quality and popularity until Spyro starred in the Skylanders series, which started the toys-to-life fad. But that franchise outgrew Spyro, and his name and likeness became less prominent in later installments. The last Spyro game outside of Skylanders, The Legend of Spyro: Dawn of the Dragon, released in 2008.

“I really hoped that you would be rescuing dragons and scorching Rhynocs sooner, but the Trilogy needs more love and care,” Reignited Trilogy developer Toys for Bob’s co-head, Paul Yan, noted in a blog post on Activision Blizzard’s site. “In November when you’re exploring the Dragon Realms, Avalar, and the Forgotten Worlds, we know you’ll agree the extra time was worth the wait.”