Ubisoft is revealing the gameplay for its new operators for Rainbow Six Siege today at the Six Major esports event in Paris today. The operators are part of the new release, Operation Grim Sky, for the three-year-old Rainbow Six Siege, which has more than 30 million players.

Ubisoft has kept the game going strong through esports competitions and regular updates of new characters, maps, and weapons. The game has become a model for how hardcore games can become living franchises that maintain their audience over a long period of time.

I played a few rounds of Grim Sky with Ubisoft’s team and some journalists in San Francisco ahead of the launch. The expansion has new characters like Maverick, an attacker with a blow torch that can melt walls, and Clash, a defender with an impenetrable police shield. Then I interviewed Alex Karpazis, presentation director for the game at Ubisoft.

I’ve embedded a couple of videos with hands-on gameplay of Grim Sky. Here’s an edited transcript of our interview. 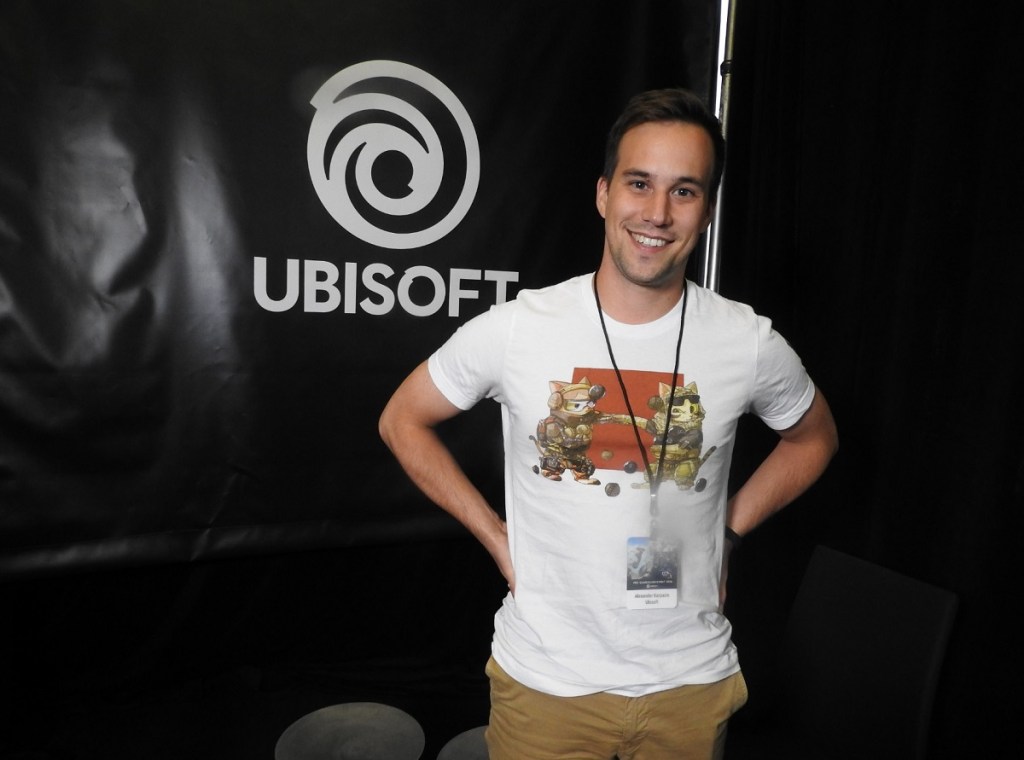 Above: Alex Karpazis is presentation director at Ubisoft on Rainbow Six Siege.

GamesBeat: Can you refresh us what’s new with this season?

Alex Karpazis: With Grim Sky, we have our map, which is a rework of Hereford. It’s a new map, a fresh coat of paint. It looks great. The layout is a little different, so it plays different. That’s to make sure it’s competitive and fun. The original version was our first map. It came out when the game launched. And even then, it had been the first gray box map. We’re in year three-ish now.

Our new operators are Clash and Maverick. Maverick is the new hard breacher and the Clash is the first defender with the shield. Then we have improvements in weapon alignment, introducing mute abilities, introducing a new hatch. There’s quite a bit of content in this one.

GamesBeat: How did the graphics get that much better? Is that just optimization?

Karpazis: We’re constantly improving the game. A huge thing — if you notice in the before and after with Hereford, the old Hereford was made with our old lighting system. We put a lot of work into our lighting system now. Visually it looks a lot better. We’ve learned a lot of lessons in our texturing and optimization. Over time, as we’re learning what it takes to build maps, we get that much better at making them look pretty. 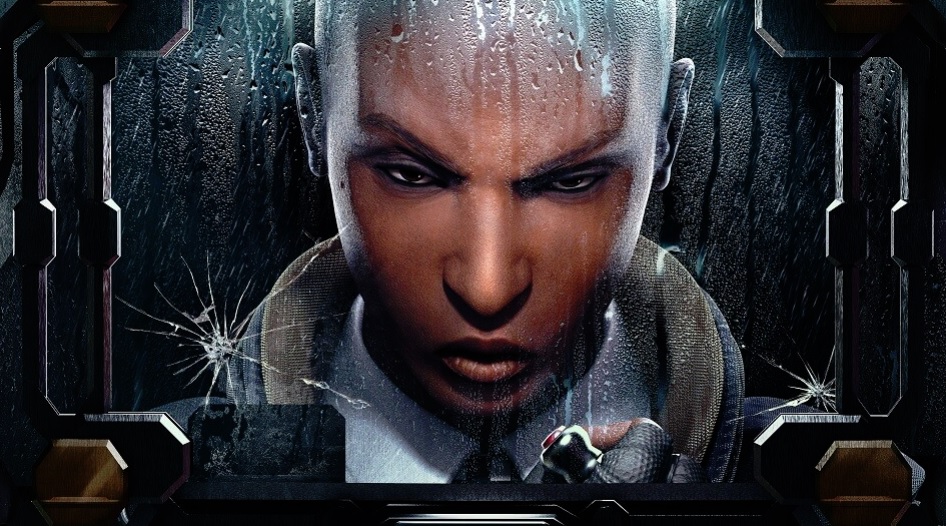 Above: Clash is a new operator in Rainbow Six Siege: Grim Sky. She carries a giant police shield.

GamesBeat: Clash seemed like a bit of a comical character. “Let’s see if we can shoot this one!” Two of us were ganging up on her and we couldn’t hit her.

Karpazis: That’s her bag of tricks. Usually it’s good to be a distraction and pull people away from the bomb site and toward her. That’s a valid strategy with her, absolutely.

GamesBeat: You get obsessed with taking her down.

Karpazis: Right! You see someone and you just think, “I’m going for you!” But sometimes it’s best to just leave her alone in her corner and flank somewhere else. But if your back is exposed — you can’t assume that if she disappears behind a corner, she’s not coming back with a gun instead of the shield.

GamesBeat: I still felt, when I was chasing her, that they were just toying with me.

Karpazis: There are ways — it’s new, with the defender and a shield. The best way to take her out is to get close to her. You melee her. She’s exposed. Usually you don’t want to get close to anybody in this game, but with her it’s a different way of countering an operator.

GamesBeat: I got taken out by Maverick through a hole. He got the drop on me.

Karpazis: That’s what he does best. You don’t see it coming. Then you realize there’s a hole in the wall and bullets flying through it.

GamesBeat: It sounded like you wanted to make it easier for people to call out a location. “They’re by such-and-such.”

Karpazis: With the changes in the map? Yes. Before, the map had just one tone and one theme to it. We wanted to make sure every single floor had a different look and feel, so you realize where you are. You can call it out. They’re in the blue room, or they’re in the attic, or the distillery underneath. It helps with communication, and with orientation. When you’re moving through these spaces, it’s good to have something recognizable, like an old car on blocks or a giant wine cask in the basement. Those are things that help you start to learn the map more easily. 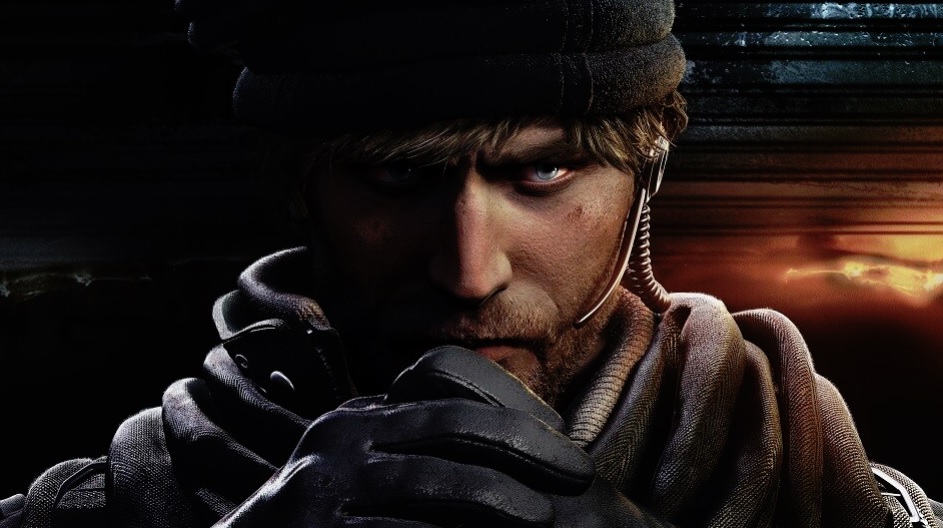 Above: Maverick is a new operator in Rainbow Six Siege: Grim Sky. He carries a powerful torch.

GamesBeat: I gravitated to the stairs. I could say, “I’m at the stairs!”

Karpazis: That’s right. Although on this one, we don’t have just one staircase, which was a problem with the previous map. It was a choke point. Now we have a couple of stairs to give you more flexibility in rotating and moving. We also have the new hatches that you can destroy.

GamesBeat: Can you explain the weapon alignment fix?

GamesBeat: I thought I was just a bad shot.

Karpazis: [laughs] It can be that too!

GamesBeat: What do you notice when really good people start playing this content?

Karpazis: We get feedback from the pros and start seeing them using it in really interesting ways. You start realizing that you can open up lots of line of sight on the map that really helps attackers move into a space. I’m curious how they’ll use Clash to gather intel while keeping her safe. The big thing with pros is they’re good at communication. When you have a Clash feeding the team intel, that’s when you see the best team play. She’s relatively safe out there.

GamesBeat: On Maverick’s side, how do you see them using him?

Karpazis: With Hereford, we increased the surface area of destructibility on the map, which means you can do some tricky stuff with him. Not only poking holes in walls, but I would see pros using the floors, opening up the floors to attack from above or below. That’s even bigger. I can see them taking into account the verticality of a map, not just the horizontal plane.

GamesBeat: When I see them play, it’s a lot of careful movement around corners. Just barely sticking your head out.

Karpazis: That’s one of the biggest elements to learn in the game, learning where to peek out, where your line of sight should be. You’re trying to minimize the amount of body you expose while maximizing the amount of space you can shoot into at any given moment. That takes a lot of practice.

GamesBeat: And you don’t want to bunch up around the bomb.

Karpazis: No, there are a lot of operators who can take advantage of that. Even a Fuze, if you’re all sitting huddled in one room, if he fuses it and throws in his grenades, you’re all going to blow up. It’s a delicate balance in the game. We have the concept of roamers, people who go out of the bomb sites and hunt down the attackers, and then we have anchors, people who can stay on the bomb site and protect it. You have to make sure your eggs aren’t all in one basket.

GamesBeat: Usually my goal is just to stay out of the way and not get friendly fire kills.

Karpazis: Those are good goals too! Everybody has their own list of what to accomplish.

GamesBeat: I can be the distraction, right? Come after me and you’re not going after someone else.

Karpazis: Time-killing is a huge part of the game, too. That’s very valid. Clash is a great operator to learn on like that. Once you’re in her safe little shield bubble, you can start learning the map. You can learn how the other operators work. Then, once you get more and more comfortable, you can start swapping to her gun and participating. But yeah, she’s a fantastic intel gatherer too.

GamesBeat: Do you design a character like that, in some ways, to make the game more accessible?

Karpazis: Absolutely. Each operator has a varying level of accessibility. Maverick would maybe be on the opposite end of the spectrum, where if you really know the game, if you have great map knowledge, you can benefit from that using his kit. Clash, somebody can jump in there and immediately make a difference.

GamesBeat: What are you looking forward to in upcoming esports events?

Karpazis: It’s a lot of fun seeing these teams become more and more competitive with each other. The level of play is very close. You get more exciting match. Each area is starting to really understand how each other area plays. Seeing them at the Paris Major or the invitationals, you get a lot of really close matches now. The level of play is becoming equal.

Bringing in somebody like Maverick, who augments — we have two hard breachers right now, and he’s the third one. It gives more variety. Bringing in Clash, who’s completely new — nobody has a shield on the defending side — seeing what they do with those operators is really exciting. Every time it mixes up the meta and evolves it further.

GamesBeat: How did you decide to limit how much fuel Maverick has?

Karpazis: It’s a balancing act. For us, Maverick wasn’t like the other breachers in that we wanted him to have a lot of versatility in the shapes he’s making. We also wanted to make sure he couldn’t just make giant holes in walls that everyone can run through and do that repeatedly. It was a fine balance of tuning him so he’s more about peeking and creating interesting access for drones, instead of making large holes to move in between spaces. That’s where the balance of his fuel came into play. 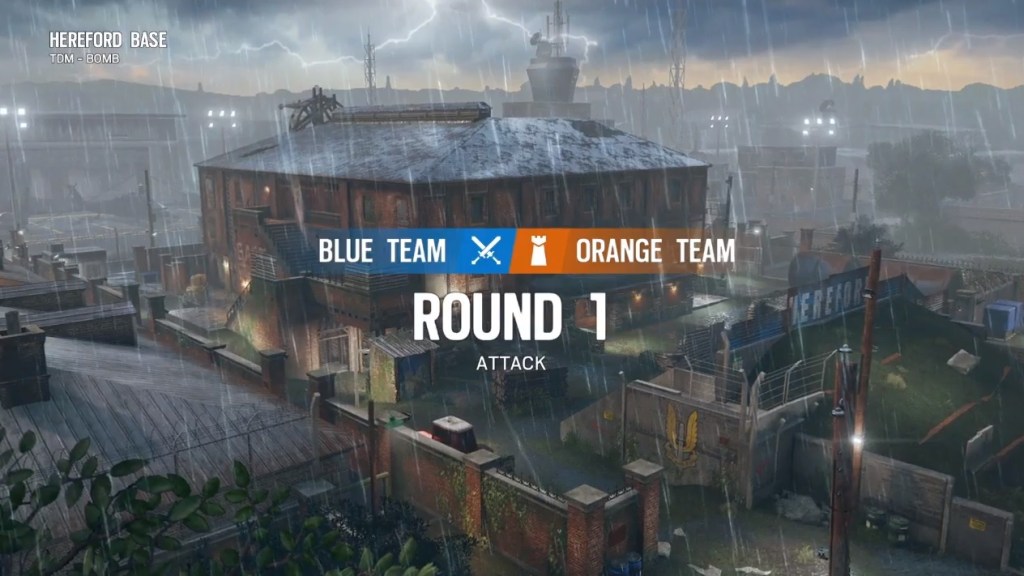 Karpazis: Yeah, it balances the fact that she’s inherently defensive. Having a shield on a defensive character makes her strong. Removing her ability to melee or fire at the same time was a balancing move, making sure that she couldn’t be too aggressive with her kit.

GamesBeat: If you’re going to melee her, you need to have somebody with ready with a gun to shoot her, it seems like? There’s a short time between the melee and her exposure.

Karpazis: Yeah, it is a small window. But if you have a shotgun, that’ll take her down in one hit. Also, like you said, if you do have that extra partner you time with, that’s another one. Capitao, if you’ve played him before, he has the fire arrow, which is great for making her either run away or slowly take damage. There are a couple of counters around that.

GamesBeat: The characters are all playing this game of rock-paper-scissors with each other.

Karpazis: There is that balance – this operator has a counter for that operator. You’re trying to build a team of characters that complement each other in terms of what they can do for you.

GamesBeat: Clash can just park in front of the hole Maverick made, something like that.

Karpazis: Yes, exactly. That’s a perfect example. In this season, we have that kind of element at play.