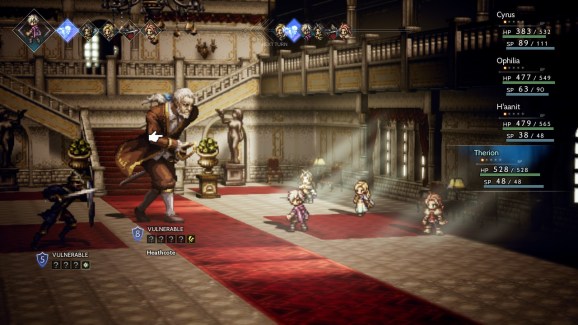 The NPD Group revealed its list of the top-selling games of July in the U.S. today, and Nintendo is the month’s big winner. Octopath Traveler is the best-selling game of the month. Nintendo not only wins July in terms of software sales, but it is also at the top spot for the year so far when it comes to physical game retail sales.

The Switch is the only platform to see year-on-year growth in full-game dollar sales in July, up 70 percent. This is despite The NPD Group not tracking digital sales on Nintendo systems. Half of the July’s top 10 are Nintendo exclusives. Mario Kart 8 Deluxe is at No. 3, The Legend of Zelda: Breath of the Wild is No. 5, and Super Mario Odyssey is No. 7. Those three games came out in 2017 and are showing tremendous longevity. Last month’s No. 1 game, Mario Tennis Aces, is No. 10.

Nintendo’s other major Switch release, Captain Toad, came in at No. 14. Nintendo also released a 3DS version of the game, which first released for Wii U in 2014, in July.

On paper, 2018 looked to be a slower software sale for the Switch than its debut year. But those 2017 heavy-hitters continue to sell well this year, and Octopath Traveler is over-performing. Japanese role-playing games, especially ones with retro graphics, are supposed to be niche products. But JRPGs have been expanding their audiences thanks to hits like Persona 5, and Switch owners are hungry for these kinds of games (which work well with the Switch’s portability).