If that price tag seems a bit high for you — like the cost of a good personal computer or not-so-good used car — that’s because it is. Upon release, the Beosound 2 will immediately become one of the most expensive smart speakers on the planet.

To justify that price tag, the BeoSound 1 and 2 have a unique, metallic, futuristic design  by Torsten Valeur from David Lewis Designers of a caliber not yet seen in the smart speaker world.

The BeoSound 2 speaker also includes four buttons on the top that can be customized to do things like tell you what’s on your calendar, read you the weather, or stream your favorite radio station or playlist.

The top and bottom of both aluminum speakers is left slightly open. An array of five microphones are used for far-field voice recognition. 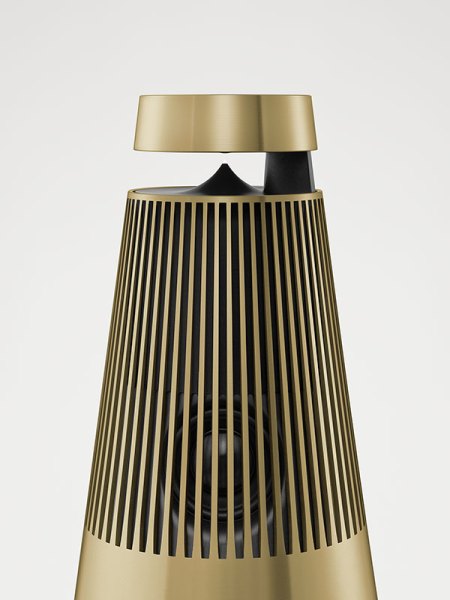 That same pitch to audiophiles is also coming from Apple’s HomePod, Google’s Home Max, and most recently Samsung’s Galaxy Home, each of which sit at the higher end of the smart speaker cost spectrum with a price tag around $400.

Similar claims can be heard from Sonos, the JBL Link series with Google Assistant, and Polk Command Bar with Alexa, all with offerings in the $300 range.

Your standard second-generation Amazon Echo speaker costs $99 and the Google Home goes for $129.

With a price tag around $50, it’s no surprise the Home Mini and Echo Dot are two of the best-selling smart speakers in the United States, and that low-cost speakers from Alibaba and Xiaomi ranked third and fourth in global smart speaker sales in Q2 2018.

A Morning Consult survey with 2,200 respondents last year found that price is the single biggest determinant for smart speaker shoppers.

Brand identity and an assistant’s compatibility with smart home devices have also been seen as influential factors for consumers.

The design of smart speakers has come a far way from the basic black Amazon Echo.

Harman Kardon has produced some well-designed speakers, such as the Invoke, which failed to garner much adoption for Cortana, and the Allure, which looks a bit like the Stark Industries Arc reactor in Iron Man movies.

Another interesting design with an AI assistant is the C by GE Sol, a big glowing blue and white ring lamp that made its debut last year.