Facebook’s Oculus Creators Lab is launching three new virtual reality experiences on the Oculus Store today that challenge bias in society. Creators Lab, which is part of the Oculus VR for Good initiative, is now in its third year and pairs rising filmmakers with nonprofits to bring about positive social change through immersive storytelling.

Through VR, filmmakers aim to bring greater awareness and understanding about challenges people face around the globe, and the project has so far produced more than 15 VR films and matched more than 40 filmmakers and nonprofits. The latest three projects are documentaries that examine people in VR.

Director Gabriela Arp created “Meeting a Monster,” which looks at the life of a former white supremacist. Another film, “Authentically Us: She Flies By Her Own Wings,” recounts the stories of transgender servicepeople in the U.S. Armed Forces. Both of these projects debuted at the 2018 Tribeca Film Festival this spring.

“Authentically Us: We’re Still Here,” which premiered at this year’s SXSW Film Festival, tells the story of Aiden Crawford, a Native American artist and historian. It raises awareness of nonbinary understandings of gender and the preservation of cultural heritage. All three experiences are now available in the Oculus Video app on the Oculus Rift, Oculus Go, and Gear VR.

“Meeting a Monster” examines the memories and motivations of former white supremacist Angela King. Through audio recordings, dramatic re-enactments, and present-day footage, the film invites us to experience how Angela was lured into the white power movement, as well as the encounters that led her back out. While the monsters of Angela’s past and imagination define much of the eight years she spent mired in bias and hate, she finds the path to redemption only after encountering and acknowledging the ultimate monster, herself.

“Meeting a Monster” was created by filmmaker Gabriela Arp, cofounder of Rabbit Raccoon, which produces experiential narrative documentaries about important social issues in communities. Arp partnered with the organization Life After Hate, which was founded by former white supremacists and is dedicated to helping individuals leave behind a life of violence and hatred. The piece premiered at the Tribeca Film Festival in March.

“Authentically Us” is the first 360-degree documentary series produced by Oculus with transgender people at the heart of the narrative. In this trilogy, filmmaker and Fovrth Studios creative director Jesse (Jesus) Ayala partnered with Pride Foundation, a community organization devoted to the equality of LGBTQ people across the American Northwest. The first two installments are launching today on the Oculus Store. 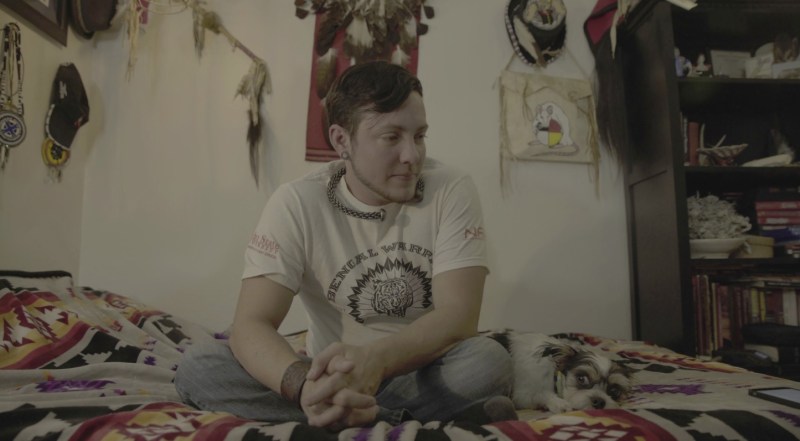 This piece follows Aiden Crawford, a Two-Spirit artist and historian in Boise, Idaho, who struggles to preserve and revive his heritage in a race against time. Two-Spirit is a cultural term describing the fluidity of gender identity and sexuality with respect to traditional tribal roles across the First Nations.

Aiden’s story represents the intergenerational struggle to learn, educate, and pass down the wisdom of his elders. This film aims to raise awareness of nonbinary understandings of gender to advance the full equality of LGBTQ people everywhere.

She Flies By Her Own Wings 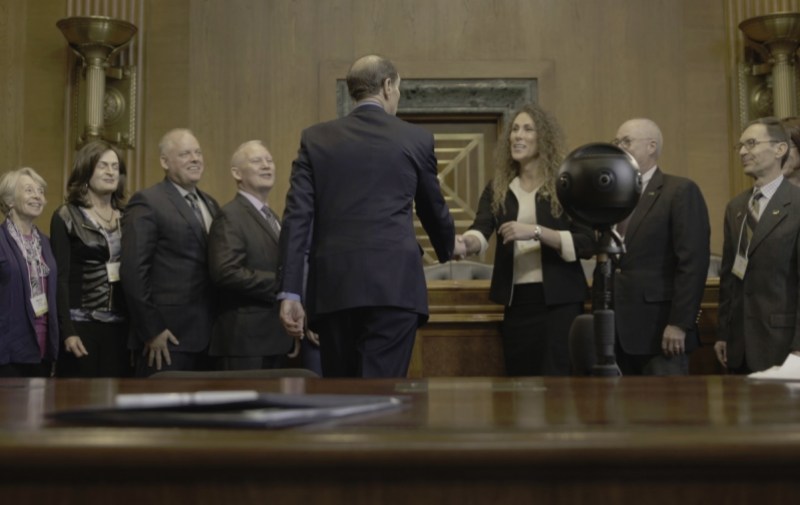 Above: She Flies By Her Own Wings

Even as transgender visibility in pop culture continues to break glass ceilings, direct violence and discriminatory legislation against trans women and men continues to rise. In this piece, Shannon Scott stands up at a time when her communities — proud transgender servicepeople and veterans of the U.S. Armed Forces — are vulnerable and under attack. Shannon has dedicated her entire adult life to defending and safeguarding American citizens at home and abroad. Driven by the military tenet of “Leave No One Behind,” she seeks freedom and justice for all from the marbled halls of Washington, D.C., to the hallowed ground of those who championed equality before her.