Last year, Job Stauffer came to the attention of many people in the virtual reality space as the man who “lost 50 pounds using VR.” He’s actually lost quite a bit more than that since then, but Stauffer — a veteran of the games industry — seems much more focused these days on the perspective and passion he’s gained. Stauffer is the cofounder and chief creative officer of a new company called Orpheus Self-Care Entertainment, which is a startup publisher for games that can improve your wellness. The health-and-wellness industry is a massive market worth almost $400 billion worldwide, according to some estimates. But Stauffer’s motivation runs deeper than spotting an opportunity — he is driven by the desire to empower people to help themselves.

“Games for change” is an idea that is growing in popularity, but this is the first time any company has built such a focused business around the concept in the VR space.

Orpheus is getting off the ground with the games RaveRunner, Microdose VR, and SoundSelf, with Stauffer working with cofounders and chief executive officer Robin Arnott and chief operating officer Heather Ray. RaveRunner, from developer Kinemotik Studios, is a high-intensity VR game that is similar to the Sound Boxing app that Stauffer used to lose weight. Microdose VR, from Vision Agency, is a therapeutic interactive experience that combines art, music, and dance. SoundSelf is a VR guide to transcendental meditation, which I played at a trade show years ago. Orpheus is publishing SoundSelf, which Arnott developed himself.

Now, only one of those is an exercise game, and that’s because Orpheus is more than a fitness company. Stauffer says that its goal is to find all of the ways that entertainment can lead to wellness.

“What we seek to do is to utilize the most important advances and immersive technology that can genuinely serve a net positive to the end user,” Stauffer told GamesBeat. “We want to fuse the idea of taking good care of yourself with intelligent game design and experiences that are profound and ecstatic. We think we can marry the idea that taking good care of yourself can be incredibly entertaining.” 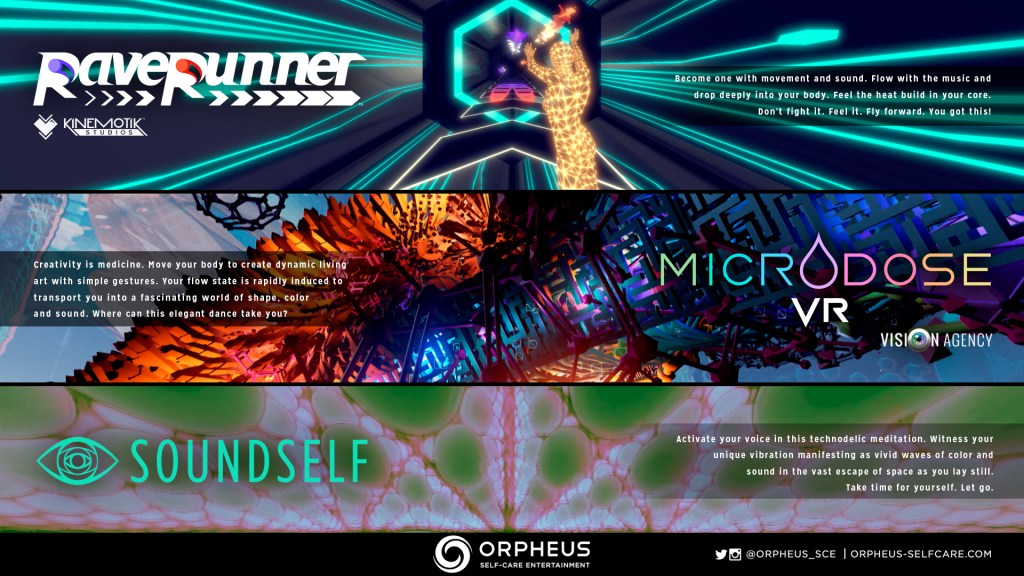 Above: All the games in the Orpheus portfolio.

Stauffer’s says his passion comes after years of working tough jobs in the gaming industry. That business is notorious for the stress that it puts on everyone involved with shipping a product, and Stauffer says he sees a chance to use games as a tool for more than entertainment.

“It’s been surprising to watch the interest in self-care return as a popular concept among people who make games,” said Stauffer. “The industry is plagued with stress and crunch, and I’m no stranger to that. Our partners and the team at Orpheus think that’s a problem, but we also recognize that it is a global problem across multiple industries. So we wanted to see if we could take both of these issues on in a big and bold way — effectively, a movement that could inspire other creators.”

And that’s where Orpheus comes in. It wants to inspire creators, but then it also wants to guide that inspiration at the same time. The company ‘s thesis statement is that self-care can be fun, so it wants products that people don’t consider work.

Stauffer says that is one of the problems with the way self-care has worked in the past. Too many people perceive it as hard, time-consuming work to get fit or to learn to meditate. He thinks VR has the immersive capabilities to overcome that obstacle where other entertainment-style wellness products have failed. 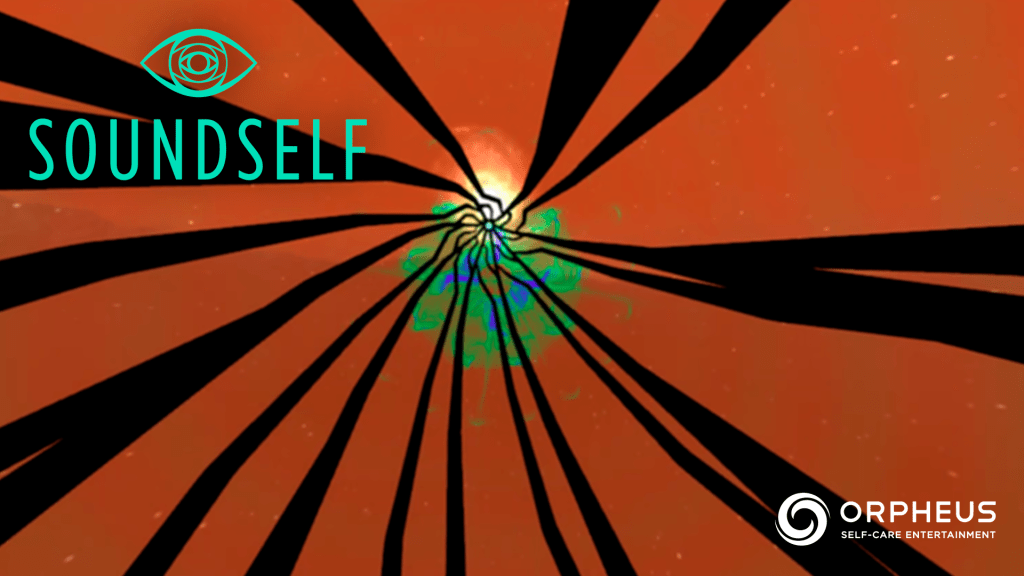 Above: SoundSelf from Orpheus.

In a game like Beat Saber, a VR rhythm game, I can  swing my unlicensed laser swords at the highest intensity for more than an hour, and that time flies by. Stauffer says that’s because I’m getting into the peak-performance zone that people sometimes refer to as the “runner’s high.” For an exercise like running, it takes a lot of practice and commitment to experience that. Stauffer believes that the immersive experience of the Orpheus game RaveRunner can act as a shortcut for everyone else to get into that zone.

As someone who has experience this first hand, I believe Orpheus is on to something here. I’ve tried regularly exercising with entertainment products before — most notably, the rhythm game Dance Dance Revolution that you play with your feet. I could get into a runner’s high with that game as well, but it took longer. Stauffer thinks that’s because it is on a TV.

But Orpheus isn’t interested in building a business on the anecdotal experiences of Job Stauffer or Jeff Grubb — as much as I think that is a reasonable thing to do. Instead, the company has spent the last few weeks working with researchers in a lab to study the effectiveness of some of these VR apps.

When I talked to Stauffer the week of August 20, he said that Orpheus was still waiting on the full results from the Virtual Reality Institute for Health and Exercise at San Francisco State University, but the early indicators were looking positive. 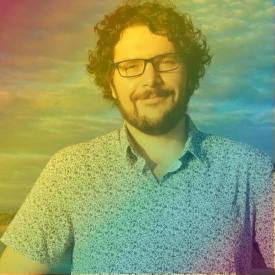 “One of the things the institute is doing now is working with games that are still in development to understand the effects they have on the body and things like the maximum calorie-burning potential,” said Stauffer. “I’m in a position where I can work with them so I can then bring that data back into the game-design process.”

This can help a developer understand if a game is having the desired effects, but it can also ensure creators are sticking to safety guidelines that avoid overexerting players. As part of this testing, Stauffer himself jumped into a VR headset, strapped on some high-tech fitness monitors, and played some RaveRunner. And it sounds like that game is working as intended.

“I played for 40 minutes, and we found that my ratings were off the charts,” he said. “You could see in my session for the first 80 percent I was in a high cardio mode. In that last 20 percent, though, I shifted the way I was playing. You could tell I had gotten over the wall. And as the monitor measured my exhaling breath, we could see where I slid into a fat-burning state.”

That kind of data will help Orpheus make some claims about its products that should appeal to people looking for results from a wellness program.

But while Stauffer has no problem getting over the wall in VR, some people may have a mental block about the idea of getting sweaty and jumping around with an expensive piece of electronics strapped to their face. This is a stigma that the active VR fitness community is accustomed to, and they point out that it really isn’t that different than gym equipment.

“You can get leather pads and protective covers,” said Stauffer. “And you should just make sure you wipe it when you’re done.”

But beyond the sweat and calorie burning, Orpheus is also working with experts on its other games as well. It is partnering with metal-health professionals to ensure its games have a positive effect. And that could have major business implications, as the company is in the process of getting its games into hospitals around the United States. Now, it just has to wait to see if VR and AR can catch on with a large enough audience to support the self-care mission that it was founded on.