The Messenger is another indie game taking inspiration from the action-platformers of the 8-bit and 16-bit eras. But while the likes of Shovel Knight and Sundered borrow most from Castlevania and Super Metroid, The Messenger is a tribute to ninja-based games like Ninja Gaiden and Shinobi.

But this PC and Switch release (which comes out on August 30) is more than a spiritual successor. The Messenger has clever mechanics and some big twists that help make it one of the best retro side-scrollers of the modern era. 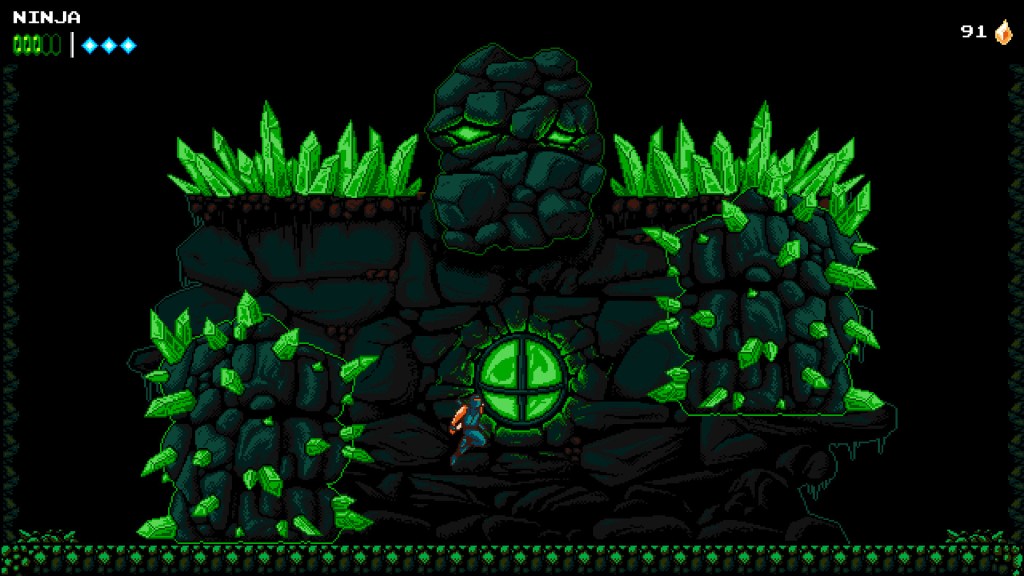 Above: Bosses can be big or small, but they’re always a challenge.

You have many of the typical moves we see from ninja games. You swing a sword, throw shurikens, and cling to walls. But even these standard abilities feel great. The Messenger’s controls are precise, and every move has satisfying visuals and sounds.

But The Messenger’s best abilities come from its creative mechanics. I love how its double-jumps work. You can jump after your initial leap …  but only if you hit certain things (like enemies and projectiles) with your sword. This turns movement into a carousel of precision and planning. Reaching many secret areas and the best shortcuts requires you string together extra jumps between midair attacks.

You gain other abilities throughout the adventure that spice up your movement, such as a rope-dart that propels you to walls or enemies. Eventually, you string these mechanics to sprint through levels with a level of finesse that makes you feel like a ninja.

The Messenger uses pixel art similar to the 8-bit style of the Ninja Gaiden games that inspired it, but the detail and color use in The Messenger goes far beyond anything the Nintendo Entertainment System could have managed. Backgrounds are gorgeous, and each level have a distinct feel that goes beyond typical video game cliches of “ice world” and “fire world.” I love a level that took place deep inside a bamboo forest. 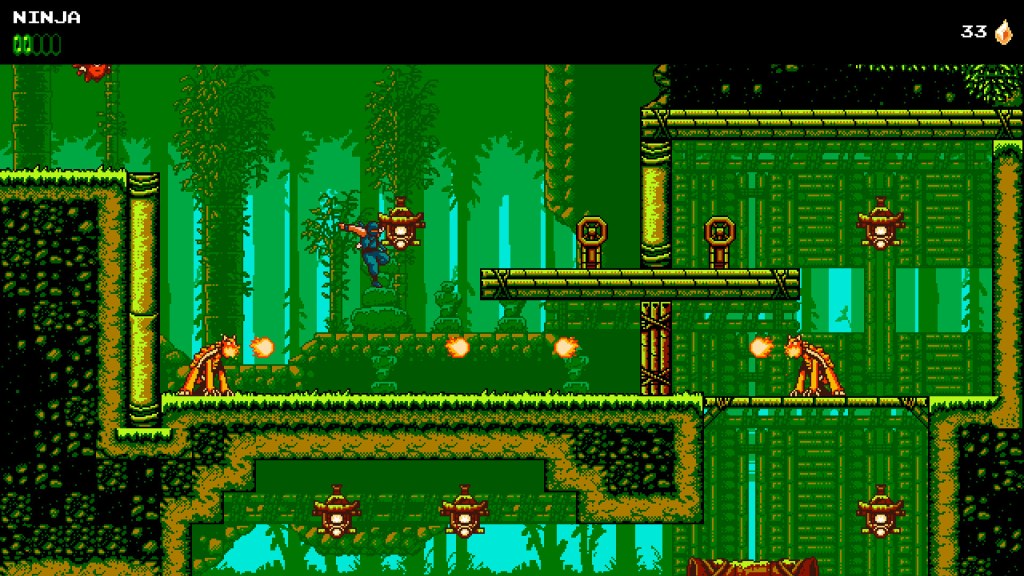 Above: It’s one of the prettier pixel games you’ll ever see.

A good sense of humor

The Messenger tries to be funny, which can often be a more difficult task for game designers than nailing controls or graphics. But The Messenger manages to elicit laughs. Much of the fun is the self-aware style of humor that we’re seeing so much of in this post-Deadpool world, but it works.

The Messenger throws a big surprise at you halfway through. Promotional materials have already given away this secret, so I don’t feel bad talking about it in the review. But if you’d rather not know, I would stop reading.

Eventually, you travel to the “future,” which changes the 8-bit pixels for a 16-bit look. The Messenger goes from looking like an NES game to showing off a SNES vibe. But a few levels later, the bigger twist happens. What was once a linear action game reveals itself to be an interconnected, nonlinear experience, akin to a Metroidvania. And when you re-explore the levels, you can find portals that switch between the 8-bit and 16-bit worlds.

This means that every level and song has an 8-bit and 16-bit version. It’s cool to transition between the two in an aesthetic sense, but you also need to warp between the two to solve puzzles (much in the style of The Legend of Zelda: A Link to the a Past). 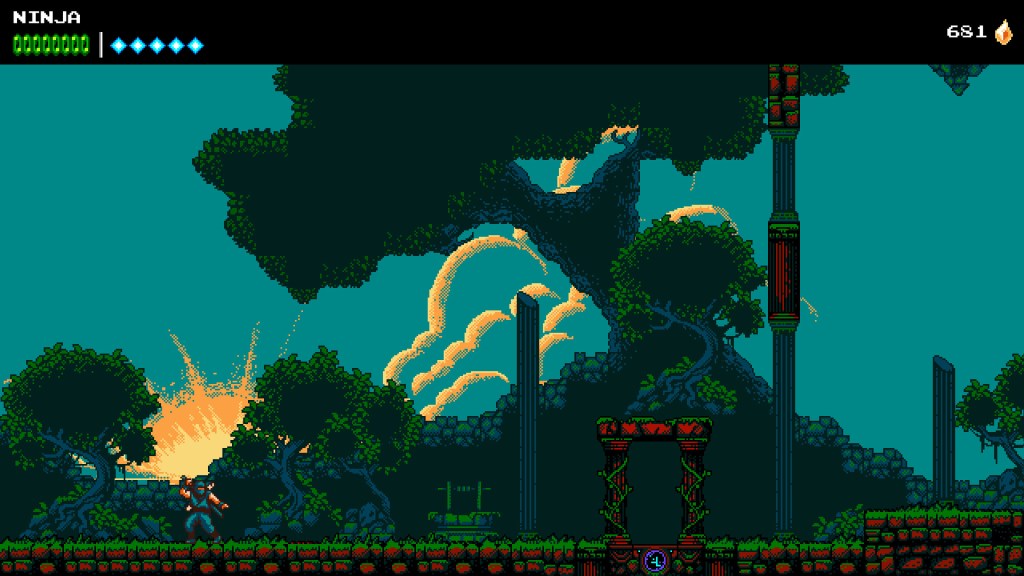 Do it all again

Going through the game again to find new areas is fun, especially with the 16-bit twist, but you are ultimately replaying a lot of areas you already visited. And this is in the later part of the game, when you’re antsy to see the end. It reminds me of Metroid Prime. Right when you think you’re close to finishing the game, you need to go back out to all of those areas you already explored in order to find hidden items so you can access the final area.

Now, while many gamers criticize that part of Metroid Prime, I defend it. Yeah, it’s a little tedious, but it emphasizes its focus on exploration. I’ll use the same defense for the Messenger, but I admit it does slow down the pace from its more linear first half.

If you’re a fan of classic action-platformers, The Messenger is another indie game that you need to own. It’s much more than a tribute to Ninja Gaiden. This Switch and PC game cuts its own path with some inventive abilities and fun gameplay twists.

The Messenger comes out on August 30 for Switch and PC. The publisher gave us a Switch code for this review.