8 Circuit Studios has unveiled its first game, Project Genesis, a deep space survival game that is powered by the Ethereum blockchain.

8 Circuit Studios is an ambitious company that hopes to use blockchain, cryptocurrency, and other collaboration tools to build the Metaverse, the digital universe envisioned in novels by William Gibson and Neal Stephenson and featured in movies Ready Player One, TRON, and The Matrix.

8 Circuit Studios (named after a theory about the human nervous system) in Seattle has a lot of veterans from games, and it hopes to develop a new ecosystem where all participants — gamers, developers and publishers — could collaborate and work together to bring about the Metaverse sooner than we might think is possible.

Combining intense first-person shooter gameplay and space combat, Project Genesis has players piloting massive spacefaring machines of destruction and infiltrating their enemies’ ships in the pursuit of galactic domination. Project Genesis is set within a persistent universe that’s part of 8 Circuit Studios’ growing ecosystem based on the concept of the Metaverse — a series of interconnected virtual worlds and experiences without boundaries. 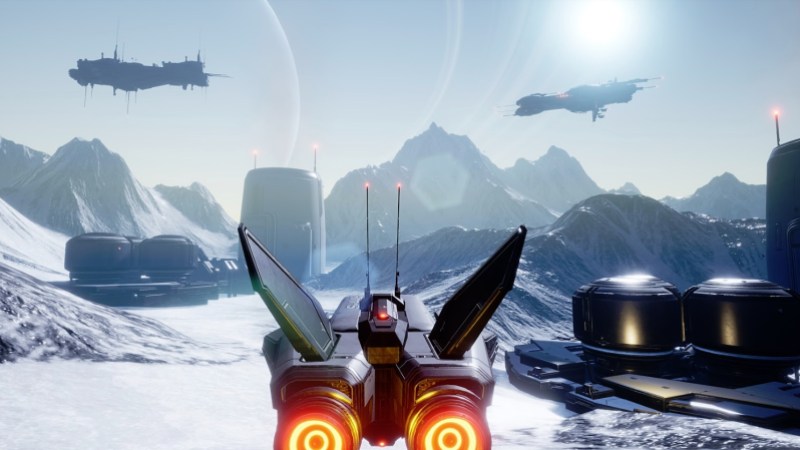 “Project Genesis is going to be a perfect fit for gamers looking for an experience that combines intense first-person shooters with white-knuckle third-person space combat,” said Terry Hammer, producer at 8 Circuit Studios, in a statement. “It’s going to be far more than just a space shooter. We are going to push the whole experience by integrating the Ethereum blockchain — allowing players the ability to carry digital assets they earn and acquire, like ships and weapons, into other games.”

In Project Genesis, players inhabit an artificial intelligence that learns that it must choose between self-sacrifice to save the last vestiges of the human race or self-determination to embark on its own destiny. This AI’s quest for preservation sets players out into the stars to pilot space cruisers and engage in furious combat that allows them to destroy their enemies using advanced technologies, fortify their ships from damage, and board enemy ships. 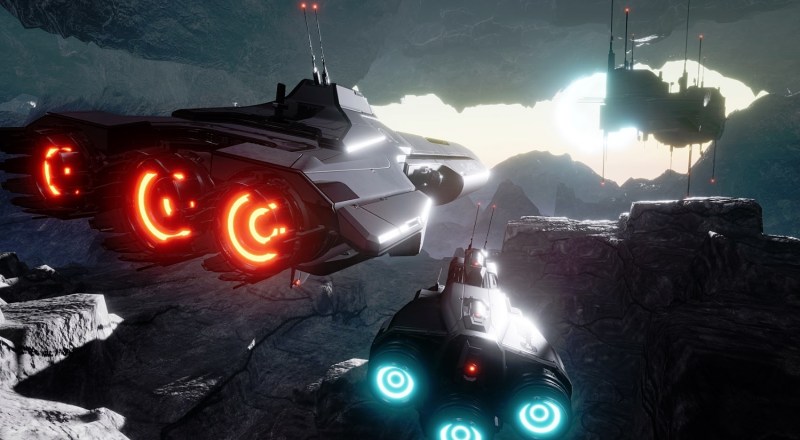 Above: Project Genesis lets you board other ships.

Once the boarding party lands on the enemy ship, players will enter a first-person perspective as they infiltrate and eradicate enemy forces from the inside out. Destroying control points and clearing the ship gives one control over their enemy’s ship. Capturing ships and completing missions generate payouts to the victor, which take the form of XP, weapons, ammo, and in-game credits.

On October 1, the company will launch a digital token sale for their 8BT tokens, the currency that will power 8 Circuit Studios’ digital Multiverse.

The company is also making Alien Arsenal: Battle for the Blockchain.

8 Circuit believes that you can leverage the power of blockchains — which are immutable ledgers that are transparent and secure — and cryptocurrency, game developers will be able to create the first step toward a functional Metaverse. The blockchains can provide truth telling and enforcement for digital objects — an idea shared by the likes of Philip Rosedale, who is incorporating blockchain into his High Fidelity open-source virtual reality platform.

8 Circuit Studios wants to build the foundation for eliminating the barriers between game worlds while also creating a platform to make entry easy for both gamers and developers. Players will experience the opportunity to truly own their stuff, while game developers and publishers will find new and profitable methods to develop even more highly immersive games.