Square Enix is a company that is on its 15th Final Fantasy and 11th Dragon Quest. That isn’t counting dozens of spinoffs. Square Enix loves it role-playing game franchises. But Chrono Trigger still only has one real sequel … that came out way back in 1999.

I was thinking about the fate of Chrono Trigger after seeing a video by Simon Stafsnes Andersen, the creator of the gorgeous Metroidvania indie game Owlboy, posted on Kotaku. The video shows Andersen’s concept of what a new Chrono Trigger sequel could look like. It displays the same mastery of pixel art as Owlboy, but it captures the look of the original Chrono Trigger. It’s important to note that this is not a fan game. Nothing in this trailer is meant to indicate a future playable project. It just shows us what a new Chrono game could look like.

Man, I wish that game was real. But why isn’t it? OK, maybe not this specific Chrono Break project, but why hasn’t Square Enix done anything with the series, aside from porting the original to new platforms?

Chrono Trigger came out for the Super Nintendo Entertainment System in 1995. It was a dream collaboration between Square and Enix (before the two companies merged in 2003). It remains one of the greatest JRPGs ever made thanks to its memorable characters, haunting and melodic music, and time-travelling mechanics.

You’d think that such a big hit would spawn a franchise, especially since that’s what most JRPG games tend to do (even mid-tier series like Breath of Fire have six entries). But Chrono Trigger instead spawned a Japan-only visual novel (Radical Dreamers) and a single proper sequel, 1999’s Chrono Cross for the original PlayStation. Chrono Cross doesn’t have the same starling reputation as Chrono Trigger, but it is still an ambitious JPRG (with one of the best soundtracks ever), and it deserves praise.

So why was that the last Chrono game we ever got? When Square merged with Enix, many (myself included) thought that a new Chrono game would be inevitable. The two companies that worked on the original were now one company.

But a new Chrono game never came. We know that Square Enix at one point attempted a sequel, tentatively named Chrono Break (that’s where Andersen got the title for his fan project). But that concept didn’t go far into development, with its early ideas being incorporated into the mobile-only RPG Final Fantasy Dimensions II.

People are still passionate about Chrono Trigger. Just look at what happened when Square Enix ported the classic to Steam last year. At first, people were happy that the beloved RPG was available on PC for the first time. That delight turned into outrage when the port turned out to be based on the mobile version of Chrono Trigger, which Square Enix designed for play on small touchscreens. Fans were upset that the Steam version didn’t look like the original Super Nintendo release. Their voices were so loud that Square Enix has been updating the Steam version ever since.

The hardcore fans are hungry for a new Chrono game, but even the broader market is as receptive to JRPGs as it has been for years. The genre has crawled its way out of niche status, which was more evident than ever when Octopath Traveler became the U.S.’s best-selling game in July. That’s an incredible accomplishment for JPRG with retro pixel-based graphics, especially when you remember that Octopath Traveler is a Switch exclusive and that the NPD doesn’t track digital sales for Nintendo games.

Octopath Travler is also a Square Enix title. And another Square Enix JPRG, Dragon Quest XI, is coming out in the U.S. on September 4. We love it. With this momentum., the company should be looking for new JRPG projects. It’s time to make a new Chrono game one of them. 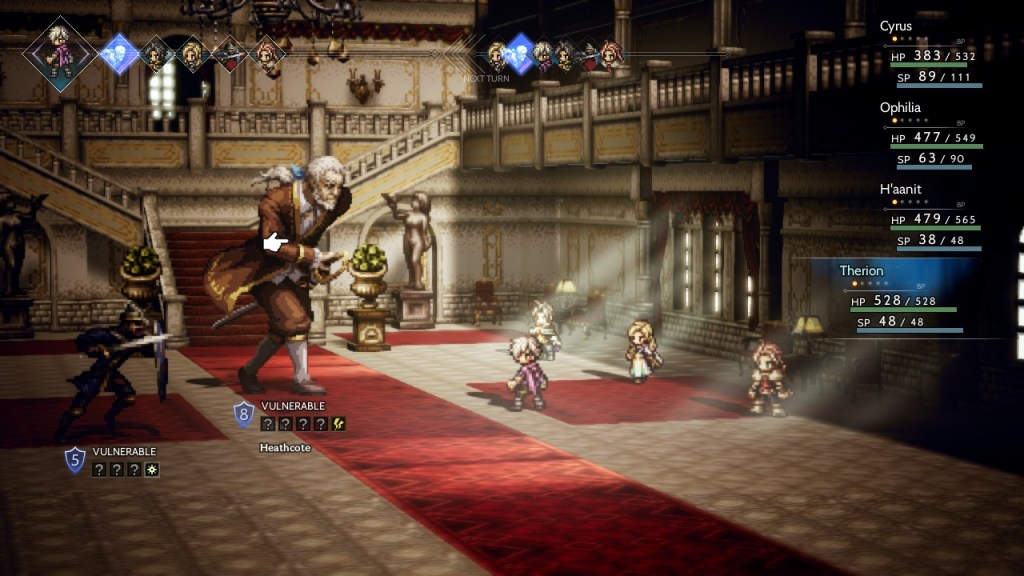 Above: Octopath Traveler shows that JRPGs can be big hits.

Classic franchises never die. Just this week, we learned that Dotemu is working on Streets of Rage 4. That beat-’em-up franchise has had an even longer hiatus than Chrono, with Streets of Rage 3 releasing back in 1994. Streets of Rage is great, but in terms of prestige, it’s no Chrono Trigger.

So, if you don’t mind me quoting a random song from Walt Disney World (because that’s kind of how I do things), “Now is the time. Now is the best time.” We’ve waited long enough for a new Chrono game. Square Enix needs to start now.