China’s Ministry of Education issued a notice on Thursday aimed at preventing myopia, or nearsightedness, among children and adolescents by limiting the screen time for mobile devices, PCs, and consoles, according to market researcher Niko Partners.

The aim is to reduce the myopia rate among kids and teens by more than 5 percentage points through 2023. That means enacting restrictions on usage of electronic devices by kids and teens at home and school. And that means that regulations are likely coming that will limit the amount of time that minors can play games online. It could also mean that China will limit the number of games that it will approve for release.

The Ministry of Education also issued recommendations to the State Administration of Radio and Television (SART), the regulator responsible for the approval of digital games in China. It said the agency should continue strengthening current regulations that limit the amount of time that minors can play games online, to investigate the implementation of an age ratings system for games, and limit the number of new online games that are approved for distribution.

The first two of these have been stated before in other regulatory notices. Regulations continue to be strengthened around limiting the amount of time that minors can play online. In addition to nationwide measures taken in past years, in 2017 Tencent introduced restrictions for its hit game Honor of Kings. Players under 12 years old were limited to one hour of game time per day and players 13 to 17 were limited to two hours per day.

Niko Partners said regulators have also explored an age ratings system, and one was already in place with colors (green, red, etc), but it was not enforced. China does not have a ratings entity, such as the ESRB in North America or PEGI in Europe. According to the Ministry of Education, these recommendations would ensure that minors have access to healthy content and do not spend too long engrossed in games that can lead to addiction and eventually myopia. 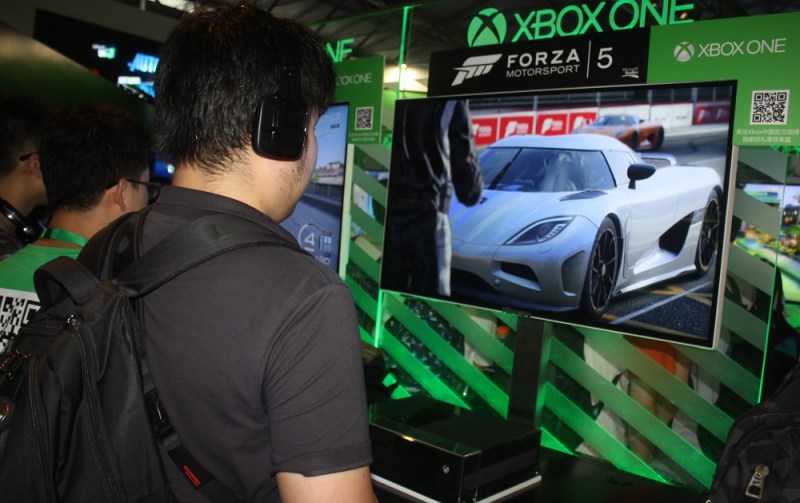 Above: Xbox One’s Forza Motorsport 5 on display at ChinaJoy.

The third recommendation is new, and will possibly have the highest impact. It calls for a limit on the number of games to be approved by the SART for distribution across China. The detailed policy will likely not be released until the end of September or later, depending on SART finishes implementing its institutional restructuring, Niko Partners said.

“We expect that game licensing will resume, to some extent, after the detailed policy is released — and at this point it is unclear if the policy will ultimately be restrictive or not,” Niko said.

“We think that most of the curtailment of future licenses would be for mobile games or perhaps poker and mah-jong, but the new regulations will probably not impact PC, console or even core esports and RPG mobile games,” Niko said. “There are far fewer of such games in the market and in development, and the leading game companies will try to prioritize these moneymaking categories.”

Niko added, “We think that if the third recommendation is implemented, smaller game companies with only a few potential hit titles would suffer more than larger ones. The top game companies would continue to strengthen their positions, as they have more AAA games, and more resources to support the game approval process. The export game market is more competitive, so more middle and small companies could go under if their game is not approved for domestic distribution.”

On a positive note, the market has thousands of games, so if fewer licenses are granted then perhaps the game discovery process will become easier for gamers, Niko said.