Roblox has been on a tear. It grew from 48 million monthly active users last year to more than 70 million now. And it announced today that it has raised $150 million in a new round of funding from Tiger Global Management and Greylock Partners.

Dave Baszucki, CEO of the San Mateo, California-based company, said the company will use it to grow its international infrastructure to enable even more growth. He said the company is profitable and it has more than 400 employees, up from just 300 at the beginning of the year. And it now has more than 4 million user creators who build games in the blocky virtual world of Roblox. Those creators have built more than 40 million experiences on Roblox, and the company expects to pay them more than $70 million this year.

Those are some amazing numbers, and they will put Microsoft on notice that it will have to keep investing in Minecraft to ward off the threat from Roblox. I talked to Baszucki yesterday about the company’s plans for growth. 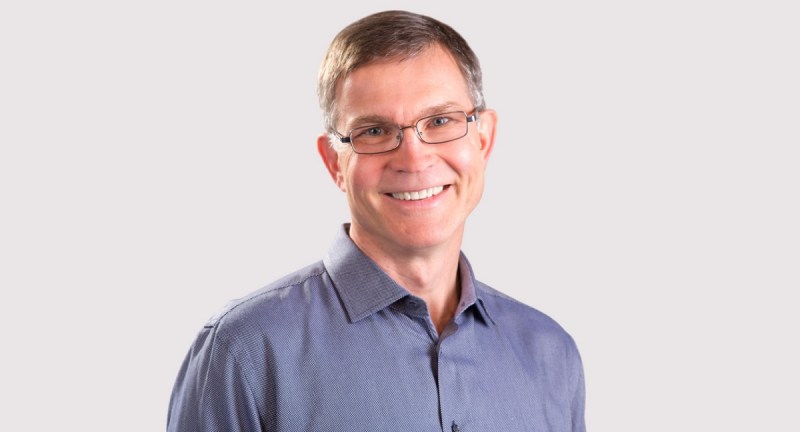 David Baszucki: We’re adding two incredible partners to our team. Dave Sze from Greylock and Lee Fixel from Tiger Global are two of the best, and I’m really excited to be working with them.

Baszucki: We’re growing fast. We continue to be profitable. That said, as we grow around the world and expand, we wanted to strengthen our balance sheet a bit. We’re building out a lot of infrastructure around the world to support our global growth. That will help us get there as well.

GamesBeat: Are you going into things that are more capital-intensive than you have in the past? Is that the nature of international expansion?

Baszucki: There’s a little bit of building out a global infrastructure to support—at times now we’re seeing more than 2 million concurrent players. This will help us scale as we bring people on from around the world.

GamesBeat: Adding the languages is another part of your infrastructure expense, then?

GamesBeat: How do you do that? Do you work with someone like Amazon, or build it out yourselves?

Baszucki: It’s a wide range of things, depending on the raw performance we need. For certain things, like core game servers, in some of those cases we build it out ourselves.

GamesBeat: When you raised the $92 million in March 2017, you were about 48 million users. Now you’re at 70 million. What’s the difference in scale like where you’re at now? It looks like you still have a healthy rate of growth.

Above: The Easter Egg hunt in Roblox.

GamesBeat: Some people might wonder how close you are to the line of profitability. It seems like on the one hand, it’s great to have growth and support it and get ahead of it, but why do you need to raise money if you are profitable, if you’re doing well financially?

Baszucki: We are very healthily profitable and growing. That said, there’s a benefit to having a certain amount of cash on your balance sheet – not just for building out international infrastructure, but to have a bit of powder for acquisitions, for example. We believe it’s the right amount of cash for us to hold at the moment.

GamesBeat: You have more than 400 employees right now. How fast has that grown? Where were you a year ago?

Baszucki: We started the year with roughly 300, which gives you an idea of the pace of our growth. I don’t have a number off the top of my head for a year ago, but we were probably 250-ish.

GamesBeat: Are you pretty comfortable giving out so much money to creators? It’s a lot of money.

Baszucki: [laughs] It is. We’re profitable even as we’re going to give out more than $70 million to creators this year.

GamesBeat: I believe you have Spanish right now. Will you have more languages coming online soon?

Baszucki: Yeah, we have multiple languages coming – not just Spanish, but Portuguese and others. But one of the things we’re doing, in addition to translating our client into multiple languages, is giving developers tools so they can build experiences that run concurrently in multiple languages. As a platform, our real goal is for someone who’s a Roblox creator to make one experience that can work around the world in many languages.

GamesBeat: How far away would you say you are from that goal?

Baszucki: We already have those tools available for developers. We’re in the process of adding capabilities to those tools so they can very easily tap into their community to help them crowdsource the translation of their games.

GamesBeat: Can you see any kind of parallel to other kinds of companies that have the same kind of business or challenges? Was Facebook’s growth an example for you?

Baszucki: I feel we have the opportunity of being part of a new and emerging category for human co-experience. Less than a challenge, I almost think of it as an opportunity and responsibility to participate in the formation of this human co-experience category, to make it civil and make it safe and make it a place where people can learn and create and even practice life skills, as well as having fun. I see this as an enormous opportunity for us.

GamesBeat: Are a lot of your employees coming from the community of creators?

Baszucki: We hire and bring on board a healthy number of Roblox creators. We like to think that every month, that Roblox game page is showing off some of the most innovative, intelligent, and creative programmers, artists, producers, and developers around the world. It does create an amazing place for us to find talent.

GamesBeat: Things like Twitter haven’t succeeded in creating your kind of friendly environment. How have you decided to do better?

Baszucki: Like I said, as we’re shepherding this new category, we have the opportunity to provide a platform where people around the world can interact with people from different walks of life, people who think differently, people who have different viewpoints. It’s an amazing responsibility for us, and amazing benefit in creating digital citizens. We take it very seriously in making the discourse civil and safe.

We go all the way from computer filtering to human moderation to community filtering, in addition to the bread and butter of COPPA compliance and all those types of things. Making this community safe is a big deal for us, and at the same time we think it’s a huge opportunity.

GamesBeat: It seems like it’s harder because people always try to actively subvert it in different ways.

GamesBeat: How do you feel about different areas of expansion? You had the retail expansion and the VR expansion. Where are you thinking the next opportunity lies?

Baszucki: The primary opportunity is in making our core product reach more people. That includes people of all ages and people who are in different parts of the world. The primary focus on us is making Roblox into an international, global platform that allows people to come together and do things together from all walks of life.

GamesBeat: Is your own role evolving as the company grows bigger and bigger?

Baszucki: It’s getting more fun as we get bigger. It’s exciting to have the caliber of people we have in the company now. I get to do more of a mentorship role with many of the great teams we have. I’d say my role has changed a lot. It’s a lot less hands-on. But at the same time, it’s a privilege to work with the people we have.

GamesBeat: Well, you’ve got that Halliday figure to live up to.