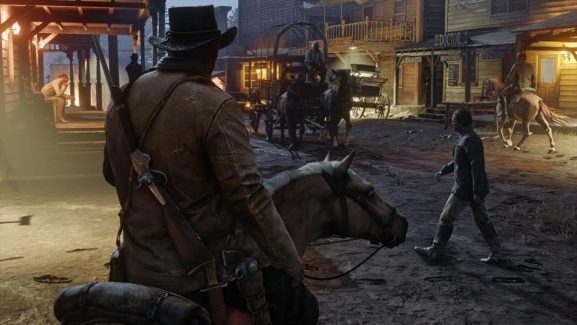 Red Dead Redemption 2 will probably consume the most hours I'll play a game this fall.

Spider-Man debuts today on the Sony PlayStation 4, and that’s about as big a kickoff event you can get for the triple-A games of the fall. It reminds me that it’s time to map out my favorite upcoming games of the fall video game season and to properly allocate time for each. I want to play everything, and sadly, that’s going to result in a ridiculous schedule.

I’ll have to choose whether to play the beta of Battlefield V or go with Spider-Man. Then I’ll have seven days until the next Lara Croft adventure, Shadow of the Tomb Raider, debuts on September 14. I get some time with that until Life is Strange 2 Episode 1 comes out on September 21. Assassin’s Creed Odyssey debuts on October 5, and then Call of Duty: Black Ops 4 comes out seven days later on October 12.

Ubisoft will launch Starlink: Battle for Atlas on October 16, and then the grandaddy of the fall, Rockstar’s Red Dead Redemption 2, comes out on October 26. That will be a massive game. But if I feel like having a distraction, I’ll check out Overkill’s The Walking Dead on November 6, 11-11 Memories Retold on November 9, Hitman 2 on November 13, Fallout 76 on November 14, or Pokémon Let’s Go Pikachu/Eevee on November 16. 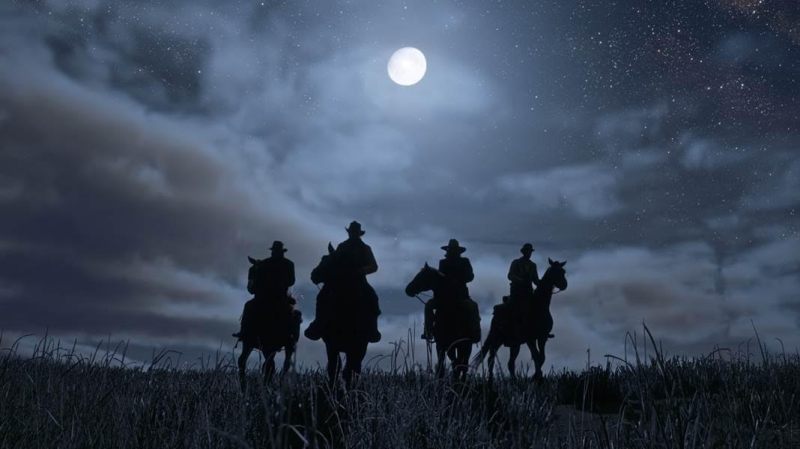 Above: Red Dead Redemption 2 will now debut on October 26.

I’m so glad that Electronic Arts blinked and postponed Battlefield V until November 20. That was a rare moment of sanity. After that game, Darksiders 3 comes on November 27, and Just Cause 4 arrives on December 4. So let’s see. I’ve listed 15 games coming out that I want to play across 88 days. That comes out to about 5.9 days per game before I have to move on to the next one. And that comes after having only one game (Donut County) I really enjoyed playing during the entire month of August.

You see where I’m going with this. Way too many high-profile games are coming out in the fall season, when the game industry typically collects around 40 percent of its annual revenue. Some of those games are easily 100 hours long, as their open-world natures allow players so much choice when it comes to playing in new areas over and over again. And this doesn’t yet take into account games people are pouring enormous amounts of time into already like Fortnite, PlayerUnknown’s Battlegrounds, League of Legends, Minecraft, Roblox, and Overwatch.

Like other gamers, I’m going to have to bite the bullet and pick-and-choose which games I can really make time for. I still wish that publishers would recognize that gamers play all year long and that some of us have more time in the summer. Hollywood has given us summer movies, and yet the game industry seems to go to sleep during these months. And that forces the schedule crunch for the fall, causing me to build up my pile of shame of unplayed games.

This schedule may help illustrate how we have too many game companies producing too many high-quality games. And it helps explain some of the biggest events of the week. One of the inevitable results is consolidation.

That’s why Black Desert Online publisher Pearl Abyss bought Eve Online maker CCP Games for $425 million. It was no surprise that an Asian game company took over a successful Western game company. The Western game makers have been the most creative, but the Asians have been the most financially successful, thanks to the success of the free-to-play business model in Asia. On top of that, Asian investors value gaming companies at high multiples versus the west, said CCP Games CEO Hilmar Veigar Pétursson in an interview with GamesBeat. Consolidation has to happen, as game companies better bigger on fewer Triple-A titles.

Roblox raised $150 million from Greylock Partners and Tiger Global Management at a $2.5 billion-plus valuation. That company is winning because it has amassed 70 million monthly active players — mostly kids — who spend a lot of time in the blocky virtual world.

A couple of Roblox games have been played more than a billion times each, and so the game world is soaking up a lot of hours. People are putting a lot of time into games, and they’re not putting it into other things. Roblox can command that valuation because it has figured out how to grab a lot more time from the time-limited modern gamer. And it’s not just stealing time from other games. 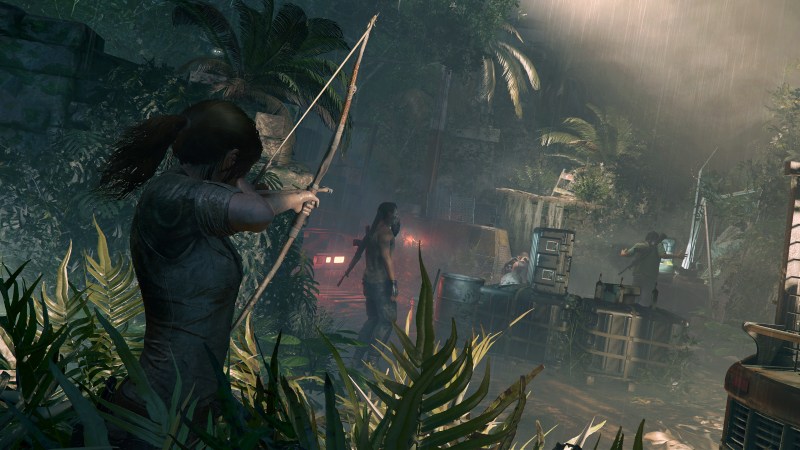 Above: Shadow of the Tomb Raider Jungle Screenshot

I see some overstatement in those words but not much. You can also see why activities that are meant to concentrate our time on a single game — such as esports — are also getting more attention. Activision Blizzard is pushing the Overwatch League, which announced six new expansion teams today, because it wants to train gamers to get rid of all those other games and just focus on a single title, either playing it so they’re good enough to be esports players or spectating the esports matches. If the Overwatch League succeeds, it leaves even less time to play other games during the year.

Now fortunately, we’ve got a full team of reviewers at GamesBeat, and I don’t have to play every triple-A game that arrives. And some games I really want to play for a long time. I once played Total War: Attila for a few hundred hours. And so if you really want me to mercilessly cut down my favorite upcoming games of the fall, then I think I’ll be left with these games: Spider-Man, Shadow of the Tomb Raider, Call of Duty: Black Ops 4, Red Dead Redemption 2, and Battlefield V. I hope to squeeze in a few more games for the sake of variety, but that’s my short list for now.