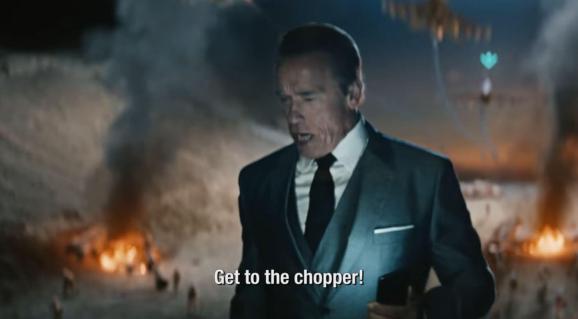 Arnie's back for Mobile Strike.

We know all about how big Game of War has been for MZ, but it turns out that Mobile Strike has also done well, grossing over $1.3 billion since its 2015 launch, mobile research firm Sensor Tower estimates.

In a blog post today, Sensor Tower founder Oliver Yeh shared that his group found that Mobile Strike was strongest in the United States, where the free-to-play game (it makes money off microtransactions) bagged 55 percent of its revenue. Japan accounts for 13 percent, and that’s not a bad showing at all for a Western game in one of the strongholds of a mobile market that research firm Newzoo expects to hit $70.3 billion this year, showing that games from outside Asia can not only find global followings but also monetize on them as well.

Mobile Strike is nowhere near as big as it once was, Sensor Tower found. It grossed more than $4 million worldwide in August, and while you might think that sounds pretty dang respectable, it’s a pittance compared to its salad days in 2017 — that March, players shelled out almost $90 million on purchases in the game. It no longer appears in the top 50 of iOS free or grossing charts.

Mobile Strike debuted on iOS and Android in 2015. Like Game of War, it’s mobile strategy game in which you build a base and take part in missions and alliances with other players. Some players enjoy this sort of gameplay, but others criticize it for being more of a “busywork” simulator than an actual strategy game that leans to hard on microtransactions.

MZ turned to action star and former California Gov. Arnold Schwarzenegger for commercials to hype up its take on modern warfare. He even starred in a Super Bowl ad for Mobile Strike. It’s one of three games in MZ’s stable along with Game of War and Final Fantasy XV: A New Empire.