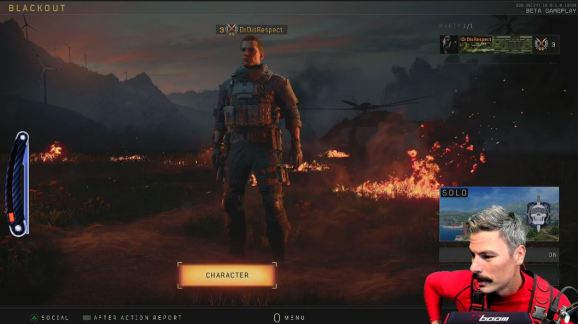 DrDisRespect broke character to explain that someone has fired a weapon at his house for a second day in a row.

During a livestream today, popular Twitch broadcaster DrDisRespect abruptly ended his session after breaking character to tell viewers that someone had shot at his house and broke an upstairs window. This happened while he was live and playing Call of Duty: Black Ops 4. His family was also home during the shooting.

Guy Beahm, the man who plays the DrDisRespect character, was talking about his play in the beta for Black Ops 4 before suddenly going silent and then rushing out of frame. When he returned, he had removed his signature wig and sunglasses and explained that this is the second time someone had fired at his home in the last two days.

You can watch the clip below, but warning it does include what sounds like gunfire:

DrDisRespect later updated his Twitch page to confirm that no one was injured.

“Doc and his family are safe,” reads the streamer’s brief message. “Proper measures are [being] taken while the stream is down for the day.”

This alleged shooting comes shortly after two people were killed and 11 were injured by a gunman in Jacksonville, Florida on August 26 at a Madden NFL 19 tournament. One of the players allegedly rampaged and went after other competitors. He then turned the gun on himself.

Gun violence has erupted throughout our culture in the United States, so it was only a matter of time before it showed up somewhere gaming-adjacent. But this is also another frightening example of an online personality having their personal life disrupted. We do not know the details of the alleged attacker, but other creators on YouTube and Twitch have had similar experiences.

Updated at 12:45 PDT with DrDisRespect’s statement.