With the dueling beta tests for Battlefield V and Call of Duty: Black Ops 4, we finally have a better idea of what will distinguish each of the games. Hands-down, Battlefield V wins on the realism of the experience. But Black Ops 4’s Blackout mode is very well done, making it a welcome addition to the not-so-realistic battle royale mode that all of the major shooters are beginning to embrace.

One of the big new features in Battlefield V is Grand Operations. It makes the large 64-player battles more dramatic, taking inspiration from historic events such as Germany’s invasion of Norway in World War II. In last weekend’s beta test, I played the battle at Narvik, where the British tried to hold off the Germans in 1940 at the harbor town. Narvik served as an ice-free port for iron supplies that both sides wanted, setting up a desperate battle that didn’t get much attention in the history books. 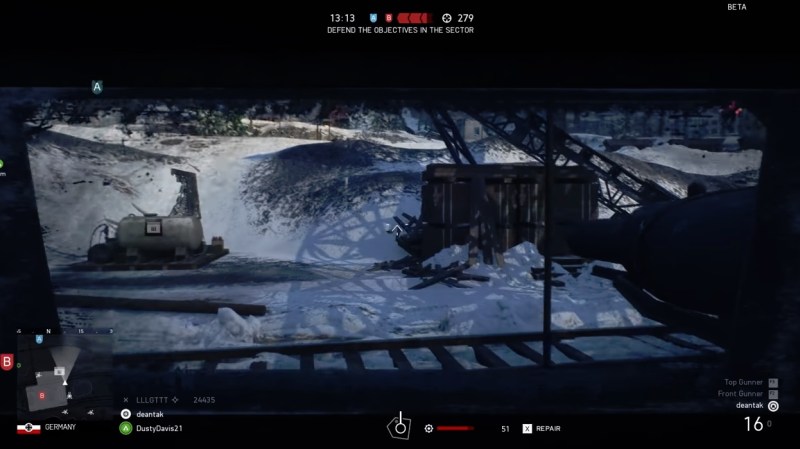 Above: The view from my tank in Battlefield V.

This is the kind of setting that was made for Grand Operations, where the back-and-forth struggle can change by the minute. The battles last for four in-game days, with matches that last a half hour or more. With Narvik, you can engage in land, air, and sea combat. If your side loses a round, your side will have fewer resources at its disposal in the next round. I saw this happen, as the German side lost a round but got bonus points for successfully evacuating soldiers. The fourth day of the battle only occurs if the teams are tied at the end of day three. On that last day, each death is permanent, and both sides start with limited health and ammo. If all members of a squad are knocked out, that squad can no longer spawn in the final combat.

The map was so big I had to orient myself to find the front line. Inevitably, I spent a few lives running too close to the action and getting shot. In part one of the video above, I have a nice time with an anti-tank gun around the nine-minute mark. But I probably stayed at the anti-tank gun too long. I also enjoyed manning one of the machine gun emplacements as the British advanced down the railroad tracks. At the end of day two, we lost two of three sectors. On that day, I managed a kill-death ratio of 1.5, or 9 kills and six deaths. 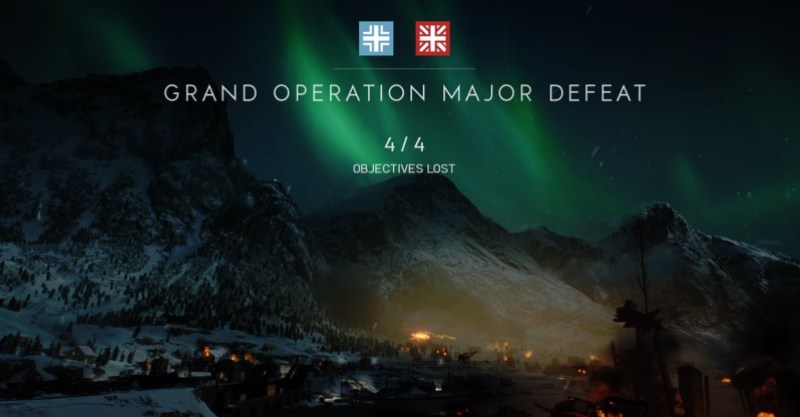 I love the look of the stats, the overhead maps, the opening cinematics, and voice overs. It makes you feel immersed in the action of a real battle. And of course the gameplay is fun. The combination of ambient sounds of battle and beautiful graphics makes it so realistic.

Some parts are not realistic, of course. A cool gameplay addition is the ability for the engineer to build barriers, sandbag protection, and other deterrents anywhere on the battlefield. But the speed at which this happens is superhuman, as no one wants to get shot laying barbed wire. The environment is highly destructible, as you can run over barriers in tanks and blow up houses in a realistic fashion.

By contrast, when I was playing Call of Duty: Black Ops 4, I was always aware that I was playing a game. The graphics looked like games from a few years ago. Granted, I was playing on the PlayStation 4, which doesn’t look as good as a PC. But the Blackout map (and Black Ops 4 maps in general) feel like you’re playing in a contrived Hunger Games arena, with a lot more points where the realism breaks down.

And that’s probably the distinction between what the games are trying to achieve. Call of Duty is designed for non-stop action, and Battlefield provides action without sacrificing realism.

Here’s part two of the video below. Toward the end, I get my first chance to get into a German tank. But my side managed to lose all of the battles across three days, so that we didn’t have to go into an overtime session.