Apple executive Phil Schiller made me chuckle when he was onstage at the Apple event today in Cupertino, California. He said the new iPhone XR had “aerospace grade aluminum” for its case, as if we were going to launch this thing into outer space.

But I would say he doesn’t have to do that hard a sell for one particular group of enthusiasts: gamers. I tried it out at the event for the briefest time, and it was pretty impressive. It’s not Apple’s flagship phone, but it has some features that game players are going to love.

I think that other people will go crazy about the photo and video capabilities of this phone, but I perked up in the demo of Todd Howard’s new game, The Elder Scrolls: Blades. This swords and sorcery game looked beautiful on the iPhone XR. At $749, the Xr is less expensive than the iPhone XS ($999) and the iPhone XS Max ($1,099).

It competes with the Razer Phone, which is Razer’s Android smartphone for gamers. The Apple device’s resolution is 326 pixels per inch, or 1792 x 828.

The Liquid Retina display uses an updated version of LCD tech. It has TrueTone support, with a 1,400:1 contrast ratio. The more expensive phones can do deeper blacks, more like watching a movie on a great screen. 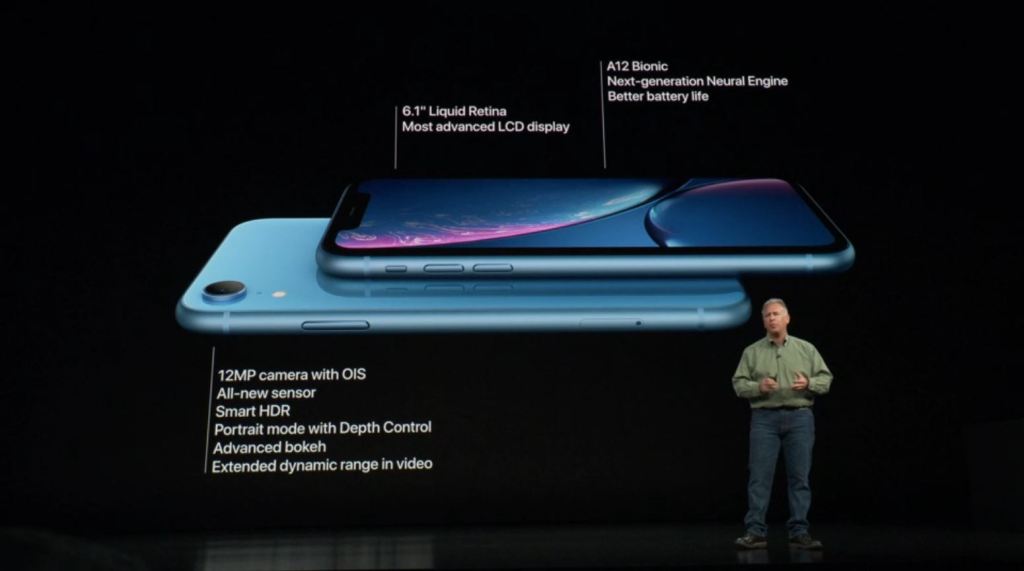 The iPhone XR has a 6.1-inch LCD display, in contrast to the OLED displays of the iPhone XS and the iPhone XS Max.  The aluminum case, by the way, is a small step down from the “surgical grade stainless steel” case on the Xs and Xs Max. You can only sink it in water up to 1 meter in depth, compared to the two meters for the other phones, before it goes haywire. The Xr is also missing 3D Touch. In its place is Haptic Touch, which felt interesting to feel on the screen.

Yet the iPhone XR will let you express your inner smartphone creativity, as it comes in more colors: black, white, red, yellow, coral, and blue — versus just three for the iPhone XS and Xs Max.

Sadly or not, there’s no home button. It gets rid of Touch ID in favor of a notched screen with Face ID user authentication. It has a single camera in the rear. 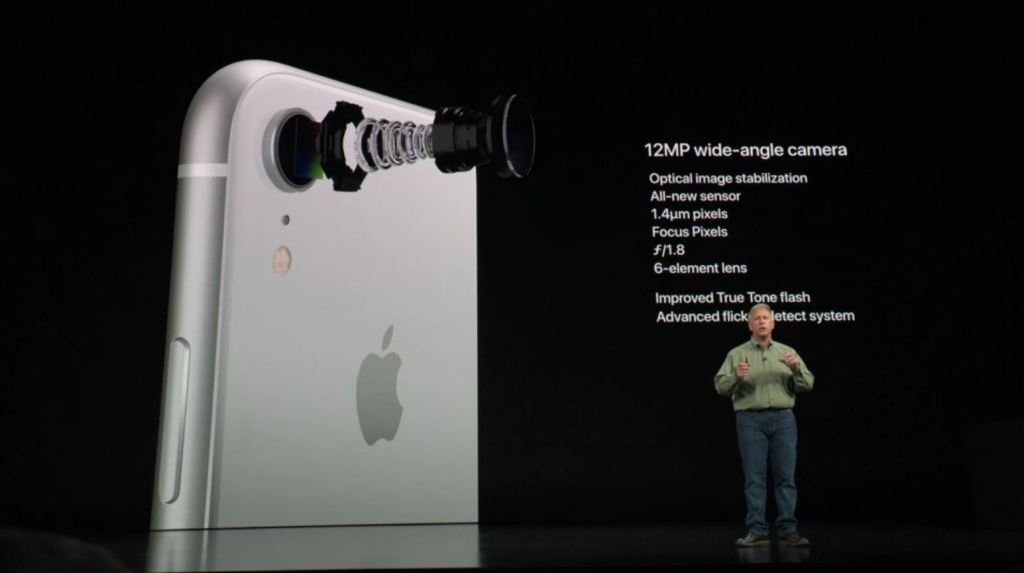 If you don’t care about these things, and you really want to play games, then you’re in business. The Elder Scrolls: Blades, the new sword and sorcery game from Bethesda, looked great on this screen. The high-dynamic range screen was awesome, with details drawn out in a scene whether it was well-lit or in the shadows.

I could tell no difference between the game running on the Xr or the more expensive Xs or Xs Max. The Xr is a step up from the 4.7-inch iPhone 8 and the 5.8-inch iPhone X.

The iPhone XR has a new A12 Bionic chip,which is Apple’s new top-of-the-line, 7-nanometer, 6.9 billion transistor chip. But it’s lighter on main memory than the other models, at 3 GB of RAM.

The battery life is 25 hours of talk time. That’s a lot better than the usual times gamers are accustomed to. It has dual SIM cards and comes in 64GB, 128GB, and 256GB capacities. The product hits stores on October 26, and preorders will begin on October 19.

Updated: 9:19 p.m. Pacific 9/12/18 — We’re checking claims that the tech isn’t truly 120 hertz and will update the story when we can verify it. The 120 hertz figure evidently refers to the rate at which it detects finger touches, not how often the screen is refreshed.