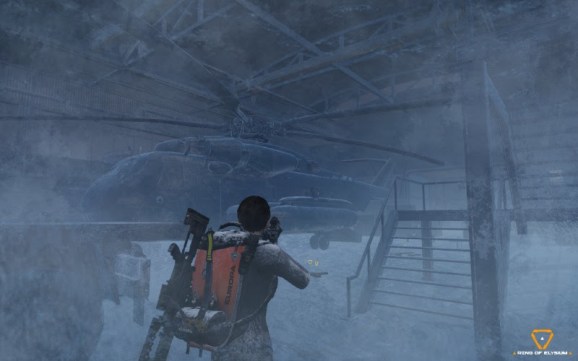 Ring of Elysium in action.

Fortnite and PlayerUnknown’s Battlegrounds better look out. Tencent Games has made its own battle royale game called Ring of Elysium. It is coming to Steam on September 19 for free. The subsidiary of China’s largest internet conglomerate, Tencent, launched an early version of the last-player-standing shooter in Asia earlier this year. Now, it is launching worldwide.

You may know that Tencent already has a hand in the battle royale genre. It owns 48 percent of Fortnite developer Epic Games. It has a partnership with The PUBG Corporation to distribute PUBG in China. Tencent even developed PUBG Mobile. Therefore, you may wonder why Tencent would make its own battle royale. Because it likes money. And because it is good at it.

Ring of Elysium looks a lot like the other battle royales. Players have to loot for weapons and equipment to increase their chances of survival against other players. But it separates itself from the crowd as well.

A battle royale game with a story

Ring of Elysium has more narrative than PUBG or even Fortnite. Epic’s game has a lot going. Players find moving cube sand cracks in the sky. But those aren’t justifications for your character’s actions. Players in Ring of Elysium, however, know what they’re fighting for.

A cold wave has hit the Mt. Dione region in the game. Authorities have evacuated the population. But the weather has made it impossible to rescue you and the 99 other people stuck at the resort with you. And only one helicopter is coming to the rescue. You have to do whatever it takes to ensure you get one of the four seats on that chopper.

You can see how Tencent establishes that fiction in the trailer below.

How is it different from Fortnite and PUBG

So the story and win condition put a lot of space between Ring of Elysium and the competition. The winter environment does as well — although PUBG is getting a snowy map in the next few months. But Ring of Elysium does a lot of other things to play around with its setting and format to give people a reason to check it out instead of one of the existing or fast approaching battle royale competitors.

Here’s a quick look at what Ring of Elysium does:

Most important, Ring of Elysium is fun, interesting, and different enough. It should attract an audience, and that it should keep the battle royale space on its toes. And that is important to encourage innovation in the genre.