For Numantian Games director Jesus Arribas, having “bold and original ideas” is the key to surviving the notoriously difficult video game industry. And so far, that philosophy has served his young indie studio well.

Arribas founded Numantian in 2013 after saving enough money to leave his IT career behind. He immediately began work on Lords of Xulima, a fantasy role-playing game that’s an homage to RPG classics like Ultima and Might & Magic (a genre that quickly fell out of favor after its heyday in the ‘90s). Released on PC in 2014 after getting funded through Kickstarter, Lords of Xulima was able to find a passionate audience. On Steam, it currently has a “Very Positive” rating from over 700 user reviews.

While Arribas is happy with how Lords of Xulima turned out, he said it was also “a real training ground on every aspect of game development.” He and the rest of the studio — with six people in the core team, along with 30 others working in various capacities — were determined to use that experience and expertise to make their next game even better.

“Development [on Lords of Xulima] was complex and long. The main lesson I took from the whole process is that it’s better to begin with something small and specific before embarking on the game of your dreams,” said Arribas.

For its second game, Numantian saw yet another PC niche being unfulfilled: a real-time strategy game where success relies more on tactics than quick reflexes. With that in mind, the studio started work on They Are Billions, an RTS that combines intricate planning with an inventive steampunk setting and an army of zombies that can destroy your civilization at a moment’s notice.

“RTS has mainly become multiplayer battle games. I always liked the idea of an RTS game with much more strategic depth, especially in the construction of the bases and colonies, where strategy was more important than the player’s performance with the game commands. That’s why we decided to include the [ability to pause the action] — to encourage strategic thinking over the player’s control skills,” said Arribas.

Instead of going through crowdfunding again, Numantian decided to release a work-in-progress version of They Are Billions on Steam’s Early Access program in December 2017. The zombie-survival RTS became a surprise hit, spreading as fast as the game’s undead infection among influential YouTube creators and Twitch streamers. 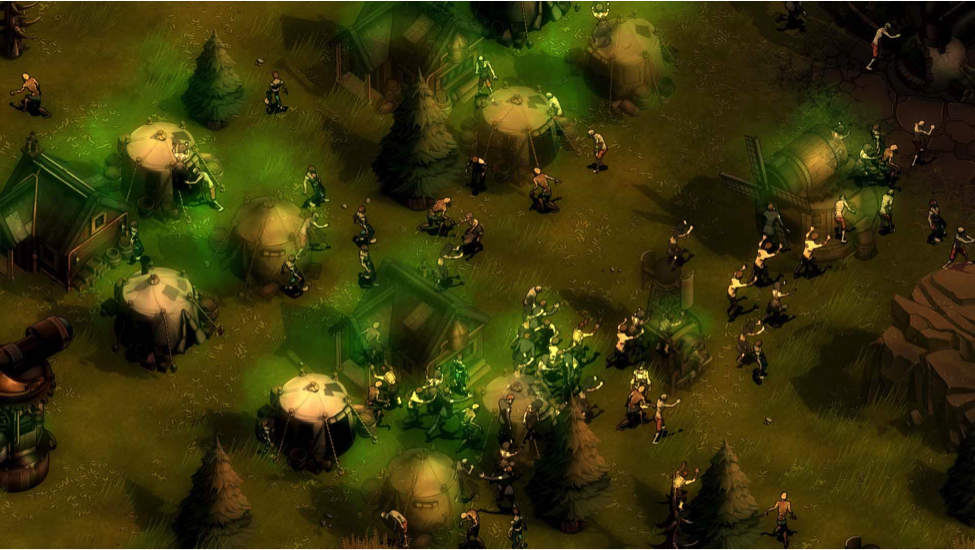 Once you play it, the reason is obvious: Even in its Early Access state (where only the Survival mode is available), They Are Billions is an incredibly compelling experience.

Every time you start a new Survival run, the game randomly generates a new map and provides you with a basic set of resources — soldiers, citizens, and facilities — for building and protecting your colony. While the small groups of zombies milling around the world are easy to deal with, they’ll quickly coalesce into an intimidating horde that’ll roll through your town like a ravenous tidal wave. Though death is swift, They Are Billions is the kind of game where you learn from your failures, making you eager to start over and apply that newfound knowledge to your next town.

When asked for his thoughts on how They Are Billions became so popular in such a short amount of time, Arribas said that the difficulty and the unpredictability of your enemies is what makes each playthrough so exciting.

“The game connects with the player not only for the mechanics but also for the challenge that it presents. Every time you play, the environment is procedurally created and you only have one opportunity because every action has irreversible consequences,” he said.

A new kind of zombie game

With more than 750,000 copies sold so far, Numantian Games is clearly onto something with They Are Billions. Not only does it fulfill the company’s goal of creating an RTS with more strategic gameplay, but it also manages to put a fresh spin on the often-used zombie trope. Countless zombie games exist across different genres, but none of them play quite like They Are Billions.

“When I thought about an RTS based on surviving human colonies in a post-apocalyptic zombie world, I was surprised to find out that there was nothing of the kind in the market, or at least on a similar fashion. The zombies are the cornerstone of the game design. This is not a generic RTS where you can change the zombies for orcs, Romans, or ninjas. The whole game is designed to fit in this post-apocalyptic world where the infected are the biggest danger,” said Arribas.

Another reason that the zombies work so well in the game is because of their overwhelming presence: tens of thousands of them can fill the screen in the latter and more difficult stages of Survival mode. Additionally, each member of the walking dead has their own A.I. behavior and the ability to use their decaying senses to find more fleshy treats to eat. 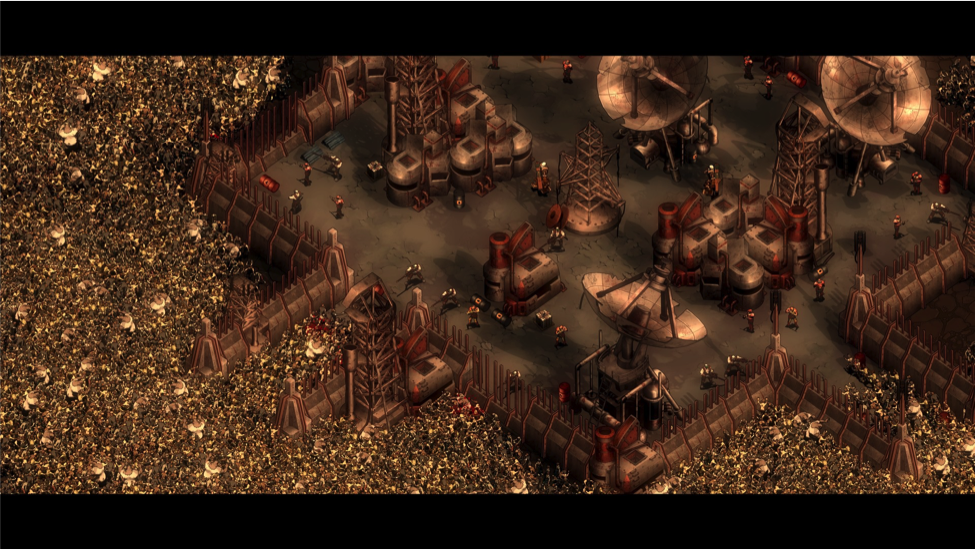 In addition to Survival, Numantian is also working on a story-focused Campaign where you’ll meet new characters and find out how their world fell into chaos in the first place. The studio wasn’t ready to reveal exactly what you’ll be doing in this new mode, but Arribas said that they want players to have “as much freedom as possible to develop their strategy.”

The release of the Campaign mode will coincide with They Are Billion’s launch out of Early Access (at an as-of-yet undetermined date).

“There will be tactics missions inside secret bases, missions where you will have to raise an army to destroy a huge horde of zombies, and all of this under the orders of the mighty dictator leader of the New Human Empire,” Arribas added.

If the popularity of the game’s Survival mode is any indication, They Are Billions is poised to become an even bigger hit for the small Spanish studio when it graduates to its 1.0 release. The last five years hasn’t always been easy for the developers, but by sticking to their convictions and making the kinds of games they want to play, they’ve been able to blaze their own path to success.

Sponsored posts are content produced by a company that is either paying for the post or has a business relationship with VentureBeat, and they’re always clearly marked. Content produced by our editorial team is never influenced by advertisers or sponsors in any way. For more information, contact sales@venturebeat.com.</em