Nintendo is hosting another Direct tomorrow, and we’ll likely get another character announcement for Super Smash Bros. Ultimate, which comes out for the Switch on December 7. And I know who I’m hoping to see finally make the cut. No, not Waluigi. OK, that would be great, too. But I’d like to see Super Mario RPG’s Geno added to Nintendo’s fighter.

Super Mario RPG was an important game for me. It came out for the Super Nintendo in 1996, back when I was only 9 years old. I had some exposure to RPGs before. I’d rented games like Final Fantasy III (which is actually Final Fantasy VI) and admired them, but they were beyond me. Super Mario RPG maintains the core RPG concepts in a simpler game that my young mind could understand. It has turn-based combat, and you still gain experience points that you use to level up and become stronger, but you have less equipment to manage and fewer opportunities to get lost.

It also has the familiar Mario trappings that felt comfortable and recognizable to me. I knew Mario, Peach, and Bowser. I knew the Mushroom Kingdom. Putting an RPG in a familiar world helped adapt.

But Super Mario RPG didn’t just reuse old Mario characters and locations. In 1996, we never had such a story-driven Mario game before. And the new focus on story required new characters. Geno is the best of them. 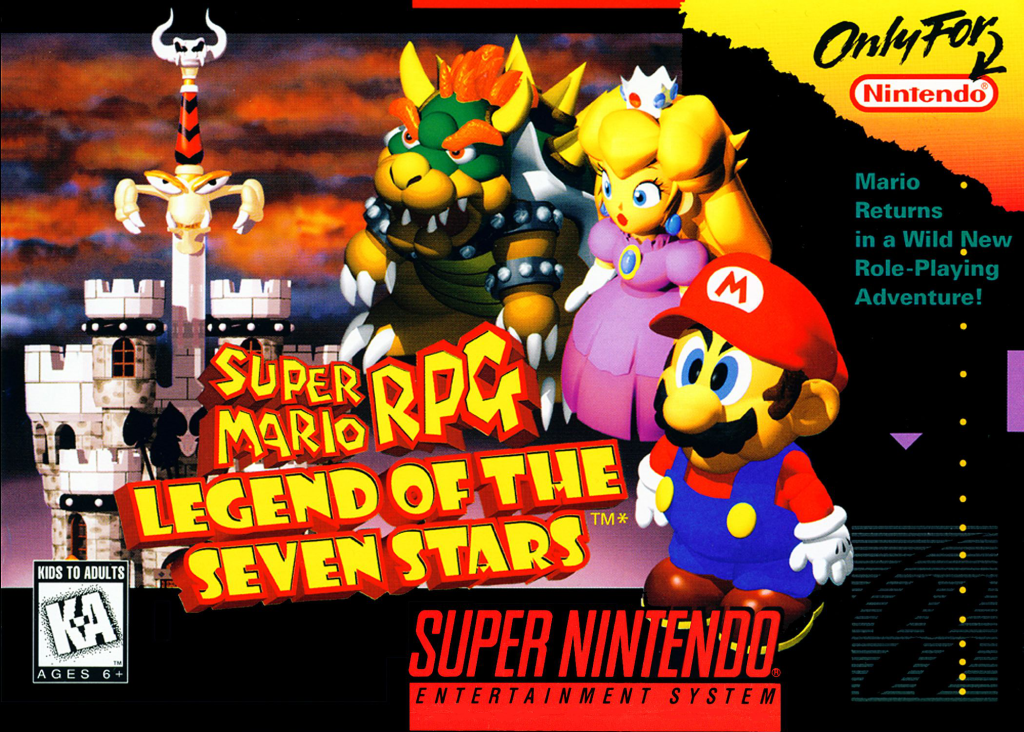 Geno is a celestial warrior from a place called the Star Road (it’s a fun Super Mario World reference). He travels to the Mushroom Kingdom to help restore the Star Road and takes the form of a wooden doll that a child owns. First off, Geno looks cool. He’s like a mix between Pinocchio and a magician. His wooden body and blue clothes give him an appearance that’s distinct from every other Mario character, and yet he manages to fit in with the Mushroom Kingdom’s whimsical aesthetic.

Geno also gives the Mario universe a kind of character that it often lacks. He is noble and heroic in a sincere way that few other Mario characters are. This warrior from the stars isn’t the butt of jokes.

Sadly, as great as Geno is in Super Mario RPG, that was his only major appearance in a game. He had a cameo in Mario & Luigi: Superstar Saga, and Mii Fighters in Super Smash Bros. for Wii U and 3DS could wear a Geno costume. That’s all we’ve seen of wooden hero.

And it’s a shame. Other Mario characters have humble beginnings and then become stars. Wario started as a villain in a portable game. Yoshi was just a power-up in Super Mario World, and Captain Toad was just the star of bonus levels in Super Mario 3D World. And of course there’s Waluigi, whose origin is as a tennis doubles partner for Wario. 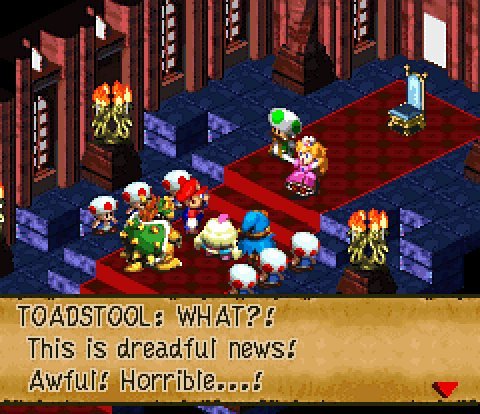 Why didn’t Geno ever get a chance to grow? Part of this is because Nintendo made Super Mario RPG in conjunction with Square, the RPG superpower responsible for the Final Fantasy series. They both have a claim to the character that could make adding him to other games complicated. This was especially true shortly after the release of Super Mario RPG, when Square decided to release its games on Sony’s rival PlayStation instead of the new Nintendo 64.

The time seems right to finally have Geno return. It’s something I’ve wanted to see for years. I remember being among Smash Bros. fans clamoring for Geno’s inclusion when we were waiting for Super Smash Bros. Brawl, which came out for the Wii back in 2008.

It’s 10 years later, but I’m still clamoring. Tonight, I’m going to find a star, imagine Geno is up there keeping his protective watch over Star Road, and wish to see Nintendo finally announce him as a Smash Bros. character in tomorrow’s Direct.