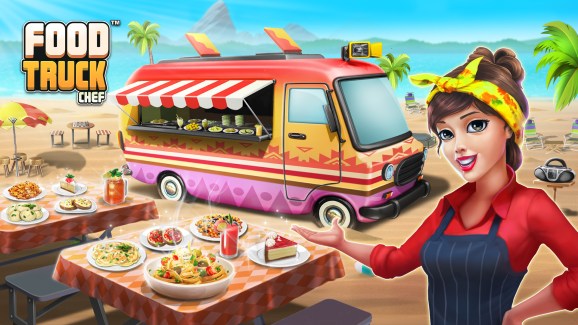 Food Truck Chef took 18 months to create. It has had more than 16 million downloads.

Food Truck Chef is feasting on 16 million downloads on its first anniversary. The game is a big hit for Indian developer Nukebox Studios.

Food Truck Chef became the No.1 Android casual game in 40 countries, including the U.S., and it made it to the Top 100 Grossing Charts in more than 100 countries on the App Store and Google Play. It was also chosen as “Best of 2017” and “Awesome Game Made In India” by the Google Play store. That’s no small task in the $70 billion mobile games market, as competition for casual games is fierce.

In Food Truck Chef, you have to take orders for food at a food truck, serving as many as four customers at a time. You have to balance tasks such as cooking meat without burning it, serving the guests on time, and earning tips for faster service. It was addictive, like a Diner Dash game. I played it for quite a while, until I got stuck and couldn’t progress easily. And I burned a lot of beef on the grill.

Nukebox’s partnership last year with Tilting Point, which both funds and manages the game’s user acquisition as part of a three-year, $18 million campaign, bolstered growth in the game. Since partnering with Tilting Point, Nukebox has seen an over three times increase in average monthly revenue for Food Truck Chef, with 10 times the organic installs.

“We created Food Truck Chef to enable our players to live out their dreams of running a Food Truck. It feels great when our players write to us saying they are living vicariously through our game. Some have even gone on to start their own Food Trucks inspired by our game!,” said Amit Hardi, CEO of Nukebox Studios, in a statement. “Food Truck Chef has evolved a lot since its launch and we continue improving the game by adding newer trucks, features, and events. We intend to make the game more enjoyable to our players for years to come and reach bigger audiences.”

Food Truck Chef’s Anniversary Special update “Space Street” was just featured globally in the App Store, Google Play, and Facebook. In this update, players travel to another planet and serve delicious dishes to out-of-this world customers in space. In the past year, Food Truck Chef players have served more than 4 billion pizzas and 3 billion coffees.

“We congratulate Nukebox on the success of Food Truck Chef. It was an incredible first year filled with solid achievements” said Kevin Segalla, CEO, Tilting Point, in a statement. “We point to Food Truck Chef as a shining example of what Tilting Point can do with a great partner and the right game. We are excited to take it even further, reaching new heights together in the coming years.”

Nukebox Studios opened its doors in Bengaluru, India in 2009.