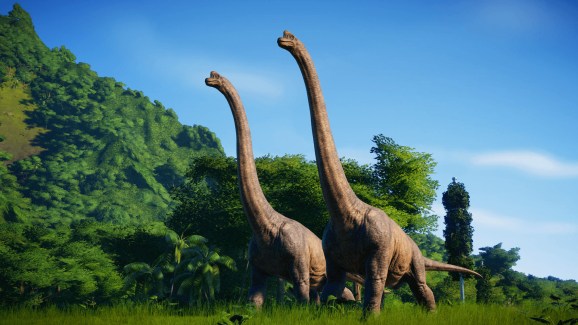 Everybody walk the dinosaur.

Frontier Developments released an update today for Jurassic World: Evolution on Xbox One and PC (it is coming to the PlayStation 4 version later). The patch adds a new challenge mode and gives players more options in sandbox mode.

Jurassic World: Evolution launched on June 12. A week later, the park-building simulator sold over 1 million copies. Our review praised the game’s visuals and dinosaurs. Updates like this keep players engaged and can encourage more people to buy the title.

Challenge mode is a new take on Jurassic World: Evolution’s campaign that gives players less money to work with. This could give players that have already beaten the campaign a new experience to test their park-building skills against.

The new sandbox options give players a way to toggle things like dinosaur lifespans and how often you need to resupply feeders. The update is also changing the size of some dinosaurs and adding support for Italian and Korean languages.

You can find the full patch notes here.