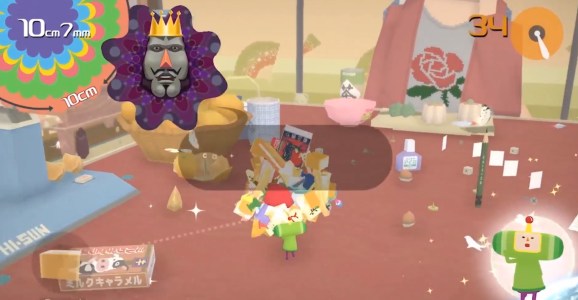 Nintendo announced today that Katamari Damacy Reroll is coming to Switch during Winter 2018.

Reroll is an HD version of the original Katamari Damacy, which came out in 2004. The game has players rolling just about anything into a ball, which gets bigger the more stuff you collect.

The Namco game spawned numerous sequels, but this is the first time the series is on Switch.