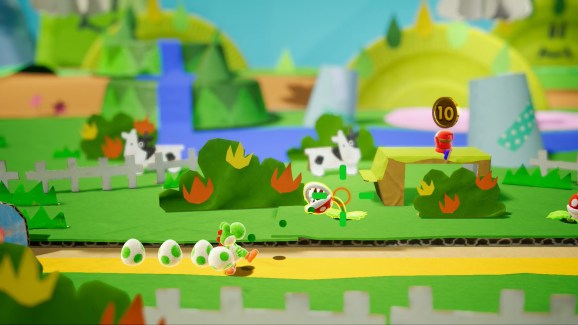 Yoshi’s Crafted World is coming to Switch during spring 2019, Nintendo announced today during its Live stream.

Nintendo announced a Yoshi game for Switch in 2017, but it didn’t have an official name until now. The game looks similar to the last entry in the series, Yoshi’s Woolly World, which came out for Wii U in 2015.

Yoshi debuted as a sidekick for Mario in Super Mario World when that sidescroller launched in 1991. Yoshi established his own 2D platforming series with 1995’s Yoshi’s Island, which many critics and fans consider to be one of Nintendo’s best games ever. Yoshi’s Island has had sequels, but none have lived up to the original.

Yoshi’s Crafted World will support two players and let players flip stages so that they can be played backwards.