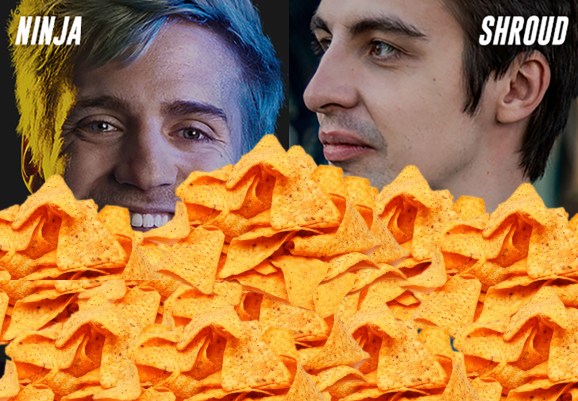 The perfect food to eat while touching a keyboard and mouse.

Twitch and PepsiCo announced today that they are bringing the Doritos Bowl to the livestreaming platform. This is an invitational competition that will have top broadcasters playing Call of Duty: Black Ops 4’s Blackout battle royale. The Doritos Bowl will take center stage at the TwitchCon fan gathering in San Jose on October 27.

This is a promotional even for Doritos and Call of Duty, which have had a multiyear partnership. To ensure the event draws a crowd both in person and online, top Twitch stars Tyler “Ninja” Blevins and Michael “Shroud” Grzesiek are headlining the event. Other creators involved with the tournament are Jack “CouRage” Dunlop and Ben “DrLupo” Lupo. All four men will put together their own squads who will fight together to outlast the other teams.

Thankfully, for Ninja, Doritos has not confirmed whether any women will participate. Swhoo! That was close.

“Doritos Bowl takes the brand’s long history in gaming to new heights and puts us front and center within the gaming community,” Frito-Lay marketing boss Leslie Vesper said. “When you have names and partners like Doritos, Twitch, and Ninja all joining forces, you know it’s going to be an epic event. We hope this will be something unlike anyone has ever seen in gaming.”

So while Ninja wouldn’t invite Vesper onto his stream to play games, he doesn’t mind taking money from her.

To be fair to Ninja, he did say that he would play games with women in an event like the Doritos Bowl. He explained in a statement on Twitter that he excludes an entire gender only on his personal platform because he doesn’t want to invite rumors and harassment from the audience. Basically, inclusivity isn’t worth it to Ninja because it would cause him problems.

But showing up to collect a paycheck and play games while his fingers are covered in Doritos dust? Now that’s no problem at all.