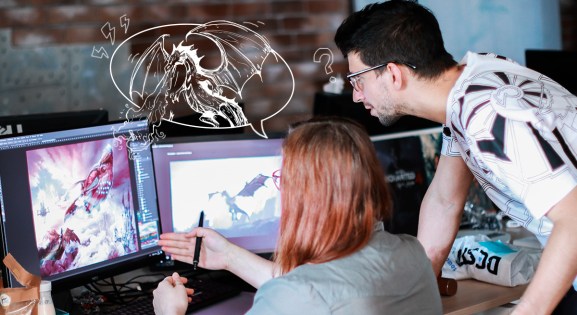 Presented by The Abyss

The Abyss is the next-generation digital distribution game platform that is the world’s first blockchain project to execute DAICO, the fundraising model combining benefits of DAOs (Decentralized Autonomous Organizations) and traditional ICOs. Ending on May 16, 2018, the project has raised more than $15M in total (at the rate of the day).

The Abyss development team is busy building a platform that is to bring a new era of blockchain revolution to the video game industry and to create a fair system for games distribution. Gamers and developers will be offered games of all types (from AAA to indie) and multiple earning opportunities available through several innovative services.

The platform’s key feature is the multi-level referral program. Users invite their friends to join The Abyss, thus starting their own referral network comprising five levels.  Hereafter, the founder of the chain earns from each transaction made by his extended referral network, i.e. receives a share from each referral payment committed on the platform.

“There are certain separate benefits for gamers and developers as well. For gamers these include payouts for creating streams, guides, fan art, reviews, and other gaming content, as well as for personal in-game achievements and completing the developers’ tasks,” says Konstantin Boyko-Romanovsky, founder of The Abyss.

The Abyss boasts of delivering the advantages of blockchain and virtual currencies to the gaming industry. The referral payouts and all the rewards are made in ABYSS, platform-specific digital currency, which is a key payment method on the platform. Unlike payments with fiat money (that will also be available), paying with ABYSS for in-game purchases provides users a discount at the expense of the platform. Besides, most of The Abyss key services rely on ABYSS only.

The platform development is happening according to the milestones, and the team is delivering results every two weeks. In early June 2018, less than a month after the end of the project’s DAICO, developers have revealed The Abyss first prototype, followed by a more advanced pre-alpha version of the platform released in July. On this stage of development, The Abyss already offers the first game, user’s personal account, payment options, and other features.

Funds allocated for the platform development and marketing are released from the DAICO smart contract every month. This monthly budget, or the tap, is a fixed amount of money that can be increased only through a poll that can be run on the tenth day of each month.

“The tap poll is the part of DAICO concept, aimed at securing the transparency of expenditures,” says Boyko-Romanovsky. “Only ABYSS holders can participate in the poll. Since the end of DAICO, we have run three tap polls, with two of them being successful. The recent tap poll results, where 94.51 percent of participants voted for increasing the tap, show that our supporters believe in the project and are happy enough with the team’s progress. We’re moving in the right direction.”

The Abyss is also active in terms of marketing promotion aimed at building partnerships with global service providers and game developers. The list of current partners consists of Xsolla (payment and technical solutions), Kingsoft Cloud (part of Kingsoft, the Chinese IT giant), Changelly (an instant virtual currency exchange service), and others.

In 2018, the company has showcased its recent developments and participated in all major industry gaming events, including E3, ChinaJoy, Gamescom, and others.

“The Abyss is an innovative project providing state-of-the-art technological solutions and the most advanced services that are aimed at creating the unique video games ecosystem for millions of gamers and developers globally,”adds Boyko-Romanovsky. “By offering the best video games combined with the advantages of blockchain technology, we will reinvent the future of gaming and digital distribution.”