Gurtej Sandhu, a senior fellow and director at memory chip maker Micron Technology, is exploring whether DNA can be a storage medium. You read that right. Sandhu believes that DNA storage, or Nucleic Acid Memory (NAM, as he calls it) could be fast and long-lasting.

This is something out of science fiction. Or maybe it’s so wacky that science fiction writers haven’t even thought of it yet. But as Moore’s Law slows down, multibillion dollar companies such as Boise, Idaho-based Micron are exploring ideas for new kinds of memory.

Only about 4 percent of your DNA is actually programming your body. While DNA storage is promising in terms of its ability to retain data, it would have to have some kind of error correction because of mutations. Still, DNA can last from thousands to millions of years, Sandhu said. And it can store archival data for the world using far less space and energy. In other words, NAM could be used as a time capsule for massive amounts of records. Researchers so far have used DNA to store books, songs, and videos in storage devices the size of a sugar cube. Sandhu first wrote about the technology with his colleagues in Nature Materials in 2016.

It’s not clear what form these NAM devices would take, or if we would even store them in our own bodies. Real-world applications range from hard drives to synthetic biology. It could be used to watermark and track genetic content or provide next-generation encryption tools. But the ethics of DNA memory, which has been explored in everything from the Assassin’s Creed video game to Frank Herbert’s Dune novels, must also be explored.

I talked with Sandhu about DNA memory. Here’s an edited transcript of our interview. 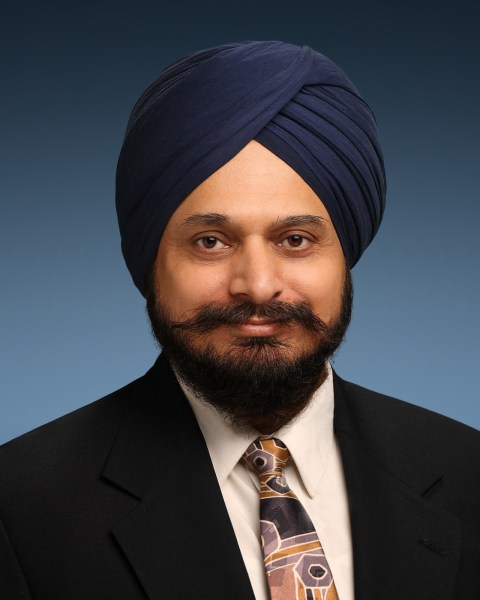 Above: Gurtej Sandhu is a senior fellow and director at Micron Technology. He is experimenting with DNA storage.

VentureBeat: How did you first get interested in storing memory in DNA?

Gurtej Sandhu: In general, I’ve been keeping track of the DNA side of things. The first genome was mapped a few years ago, and there’s been very rapid improvement in our ability to work with DNA, map it and so forth. I ended up in a series of workshops and conferences at Harvard a few years ago. One of the topics was the potential for DNA to store information. George Church was really famous in that space. Not in memory specifically, but he’s been working with DNA since he was in grad school.

We got to talking. He’s a chemist and I’m a physicist, and I just asked him this question. There’s a lot of anecdotal evidence from DNA that’s been preserved — DNA from dinosaurs in Colorado and other places — which people have translated to mean that DNA can stay intact for a long time. I was trying to ask the physics question. We’ve worked with polymers and other chemicals in our industry to try to make memory out of it, and then we correlate that to something called activation energy, and it hasn’t really panned out.

But DNA is a similar material in the sense of it’s a very complex polymer. So I asked him a fundamental question: in physics this is this many electron volts, what’s the activation energy? He gave me the number in chemistry lingo, and both of us were stumped, because we had to translate each other’s numbers. That’s when we said, “Let’s do a study. Let’s look into the fundamentals rather than anecdotal evidence.” That’s what resulted in the paper published in Nature, with Victor. He does the theoretical calculations. I knew about the work at BSU. They’re doing some work on DNA for nano-patterning and other applications. I called them up, and they came in from the DNA side of things.

It’s a long answer to your question, but that’s what piqued my interest. There’s a lot of claims out there, and the physics, the fundamental science backs that up. The interesting thing from that paper was, if you have DNA under controlled conditions — and some of those conditions don’t have to be at the North Pole, so long as you don’t have a lot of moisture — there are practical conditions under which DNA can stay intact for a long time. We started with that curiosity. 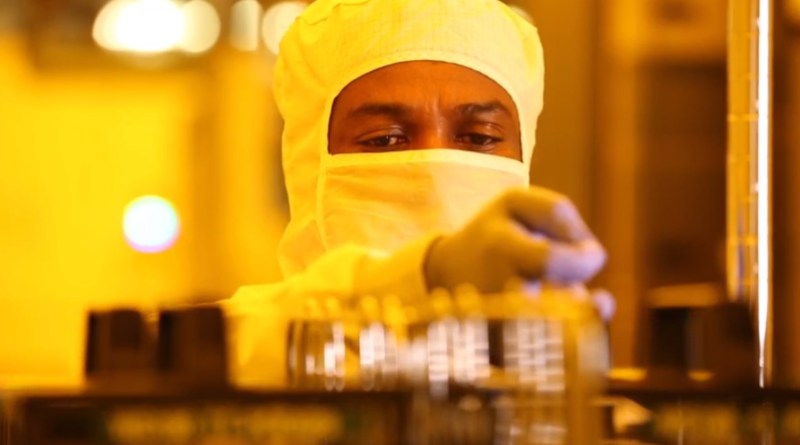 Above: Making memory chips in Micron’s factory in Manassas, Virginia.

Sandhu: That’s the billion-dollar question, or trillion-dollar. Our intent was just to look at the medium, DNA as a medium. With hard drives, we asked the same question about magnetic media a long time ago. Optical media, we had to convince ourselves this was the right way to store information. If the physics doesn’t work, everything else is just hoopla. Now that you’ve established that the fundamental physics is on your side, you come to your question. How do you make it practical?

It’s very different from anything we know of. But in some ways, hard drives were very different from tape drives, which people used before that, and magnetic core memory even before that. Everything that comes along looks quite different. That’s the question, though. How do you make a working system out of this? You have to be able to manipulate this medium, write information to it, as well as read information from it.

That’s still to be determined. There’s some hope in the sense that, in the last 20 years, our ability to work with DNA has come in from the dark ages. But in modern lingo, they may have come in from 2000 BC to 500 years ago. Based on what you need, the gap in performance is still out there. Orders of magnitude improvement are needed in cost and performance to take it from where it’s at today to making a viable memory system. You have to compare cost and performance to what we have today in terms of hard drives and chips. 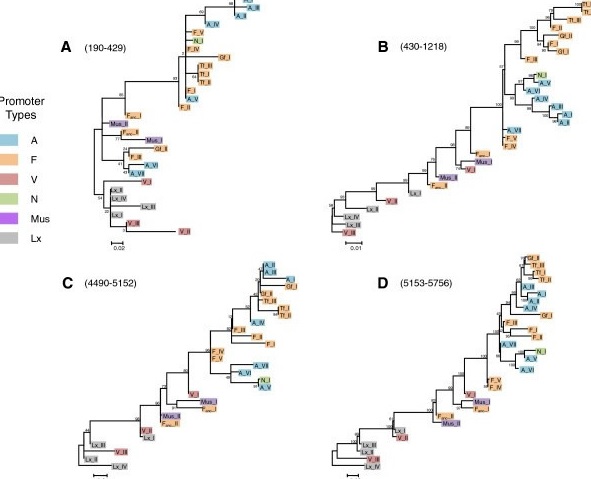 Above: Only 4 percent of DNA is programming your body.

VentureBeat: Can you explain what would be a bit or a cell in this system? How would you store something in a piece of DNA?

Sandhu: In a digital space, we store information as a zero or a one. In DRAM you have a charge or no charge. In NAND it’s the same way. Each bit is represented by a unit of information storage, a zero or a one, and we call it a binary system. If you have two of those bits — 01, or 10 — so that’s four pieces of information. Two to the power of two. If you have four bits, then it’s two to the power of four, or sixteen different states.

DNA is pretty interesting. It has these four bases. In normal DNA that we have, that turns into a base of four, rather than two. Think about four to the power of one, two, three, four. Imagine four to the fourth power. That’s a lot of information you can store if you have four strands of DNA and each one can represent a combination of four different states.

That speaks well for the information density. In a given amount of material–right now each transistor stores information, each device. In magnetics it’s each magnetic domain down to a certain size. In DNA each molecule stores that information, so the density of information is pretty high. However, how will it actually work? That’s still going to take a lot of work. How do you access and manipulate that information? It’s not going to look like a hard drive. It’s going to look quite different.

Sandhu: That’s a relative term. People have developed a lot of synthetic DNA these days. It’s a molecule that looks like DNA. Even in nature, if you think back, nature probably went through a lot of designer DNA that eventually led to life as we know it. Even the DNA we have in our bodies, how much of that is support material and how much of it is actually the program of life?

But to completely stay away from that controversy, there’s a lot of synthetic DNA. These are organic molecules similar in function to DNA, but they don’t mimic any life form that we know of, or anything that can sustain life. That may be a way to do a way to do this. We’d have to make large quantities of DNA, and the DNA that’s in our bodies was nature’s miracle after millions of years. That may not be the lowest-cost DNA for this application. There may be designer DNA molecules we’ll build in a chemistry lab and use, and those will not necessarily be associated with life as we know it.