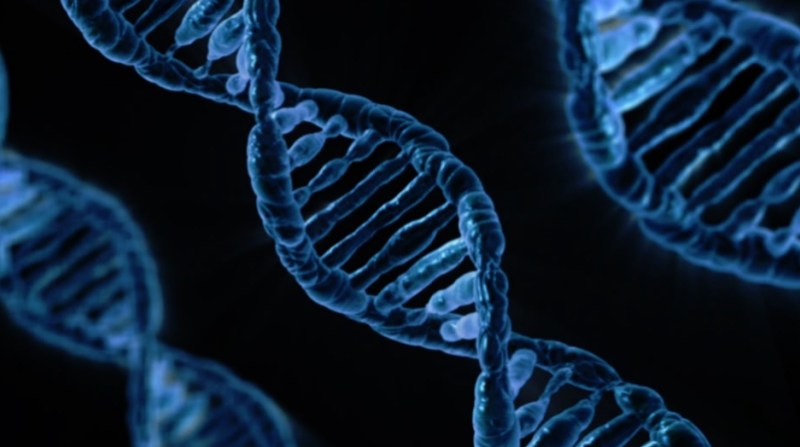 Above: DNA memory has a long way to go. But it could be promising.

VentureBeat: I’m curious what you think of some of the other experimental branches of storage research.

Sandhu: The one with the most history and activity and traction is optical and holographic. That’s been worked on for a long time, obviously. You can go out and buy an optical drive. One thing I like to think about–I always go back to physics. I like to start there. If you think about a photon, a green light or a blue light, that’s just the smallest unit of information you can store, the least amount of energy you can have. With a green light, the size of the photon is 5,000 angstroms, 5,000 nanometers. Comparing to that, a NAND device today is about 20 nanometers, and getting smaller as we go. From there, a DNA molecule is just a couple of nanometers.

The issue with optical-based systems is that the light wavelengths we work with have to be in the optical spectrum. They’re relatively large. You have a disadvantage where the fundamental unit of information is pretty large, and then you try to compensate for that by using other engineering means. Holographic memory is one of those things. You try to go to three dimensions and pack in more information. But the fundamental limitation is there.

That’s why people don’t talk much about optical drives to replace tapes. People use them, but they haven’t taken off in big way. Part of that is the form factor. These are bulky devices, because the fundamental unit of information is pretty large. That’s where the challenge is.

VentureBeat: Do we foresee the same kind of wall that semiconductors are expected to run into?

Sandhu: We have Moore’s Law, and that’s been an interesting challenge for the last 30 years we’ve been driving it. Now some people worried about how we’re in the “more than Moore” space, which is true in some ways. Planar NAND devices stopped shrinking. We’re into what’s called 3D NAND now. We use three-dimensional space and stack them up. That’s certainly true.

The way I put it is the simple days are over, where you’re shrinking things 30 or 50 percent every other year and seeing if the device works once you shrink it. As an engineering exercise that’s great, and you want to keep doing it until you get to a dimension where the physics you’re using don’t work anymore. Or the physics are okay, but the engineering is cost-prohibitive. The gods of physics don’t want to help you. It’s always physics that limit you when you’re moving down the path of technology, either by simply not working because it’s not feasible, or by making it too expensive to get more than tiny benefits. That’s where we’re heading now with Moore’s Law.

You can’t imagine life without NAND or DRAM or these systems we have today. About 95 percent of the devices built all over the world today are memory devices. People don’t realize that. I have a slide that I didn’t believe for a while, but we’ve run the numbers again and again. We hear about microprocessors and foundries and all that’s great, but the number of devices that go into those chips, if you count them all up, 95 to 99 percent of them are all memory devices, storage-related devices. It’s a huge thing for us. We can’t just not have them.

We have to find ways now to sustain technology progress, which means we have to be more innovative. You can’t just be doing the same Moore’s Law shrink before. We have to go to the circuit level, to the chip level, to the system level, how you put the chips together. There’s always room for innovation. It’s just that sometimes we put the burden for innovation on only one thing — keep shrinking the devices.

From that perspective, it’s going to be so much more interesting going forward in terms of the innovations we can put in a three-dimensional stack. There’s always room to innovate, and you can get a lot of ROI out of that. You just need a different paradigm. The whole ecosystem has to be able to accept it. There’s room for it and need for it and a lot of market pull to enable those systems in the future. It’ll keep sustaining our progress.

If you think about NAND, if there were no NAND, there would be no cell phones. That’s a pretty simple statement, but people don’t realize it. It’s the truth. The phone you have in your pocket wouldn’t happen without NAND, and that technology, I was working on it in 2003. It’s 15 years old.

VentureBeat: Hopefully you have less than 15 years to go on this one.

Sandhu: [laughs] There are lots of things like AI and machine learning at work. It’s an exponential curve of our ability to use information. That’s very important now. About 90 percent of the information we used to store a few years ago, it would just sit there with nobody using it. The example I use now is a picture on Facebook. A few years ago it would just sit there, but now there are algorithms that can go through and recognize your face and flag it. It’ll automatically do that. These little algorithms and capabilities can use and enhance the information you’re storing. AI and machine learning are going to do huge things in that space. Not only are you going to store a lot of information, but that information has a lot more value.

Today we have a $100 billion DRAM industry, and approaching $100 billion for NAND. Just a few years ago, maybe 10 percent of stored information was actually used for something. Imagine if you can use all of it for some purpose, commercial or enhancing standard of living or something. Then the demand picks up even further. 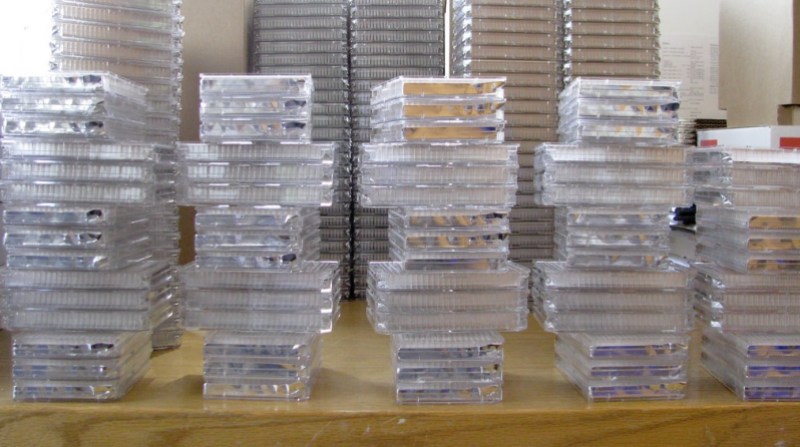 VentureBeat: Is there anything else we’ve neglected to talk about so far?

Sandhu: One thing that I hope can happen when people take a look at this–no amount of technology progress happens without young minds getting into it, getting interested in it. That goes back and forth. Fifteen years ago “nano” was a big buzzword. Nanotechnology came into the press and there was a lot of excitement about that. The good thing about that is it gets into the mainstream of culture, kids start paying attention to it, they go to college, and we get a good influx of people, young engineers who are excited about this.

Without those people, we can’t have progress. Any time we can have something in the press that challenges the imagine and gets young people to become interested, we always welcome that. It brings us a new infusion of smart minds. When I talk to students I tell them, “15 years ago this phone wasn’t possible. It’s possible because of this chip.” People take things for granted. Getting young minds to feel that this an interesting field where they should pay attention to how it benefits them, and mankind in general, that’s important.

VentureBeat: We’re going to need a memory system for all this artificial intelligence everyone is looking forward to.

Sandhu: If you merge AI, machine learning, and DNA together, that catches people’s imagination, right? We’ll have machines coming with DNA in them. [laughs] That’s not the right way to say it. It’s not true. But it connects with people.