​BlueStacks has launched a new version of its mobile gaming platform, which uses virtualization technology that runs Android mobile apps on a PC.

BlueStacks 4 is eight times better in performance over the current flagship iOS and Android devices. And that should make the company’s 300 million users happy.

“Eight times performance [gains are] rare in this industry,” said Rosen Sharma, the CEO of BlueStacks, in a statement. “Most phones represent only incremental performance improvements. On the other hand mobile games are becoming bigger and more like the PC games, so this segment is ripe for disruption.”

He said that BlueStacks 4 kills all gaming-focused phones and tablets in terms of performance and experience. Fast, big screen, accurate controls, multitasking, and uninterrupted gameplay are features that gamers will like, he said. 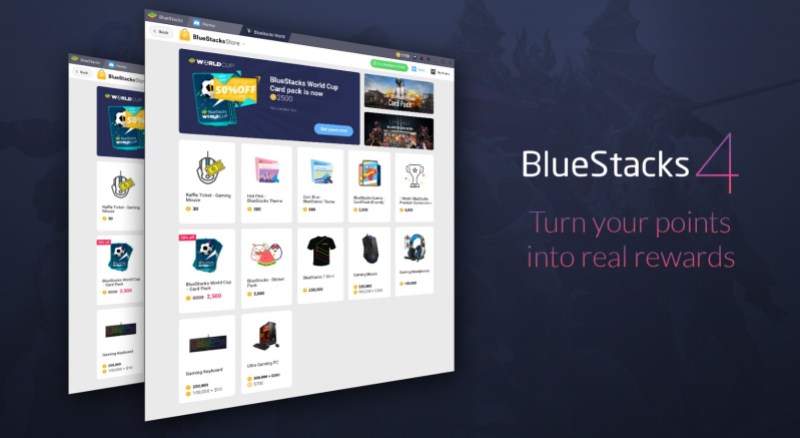 Above: BlueStacks 4 is a lot faster.

“PC gaming has emerged as a growth market driven by esports, streaming, and games like PlayerUnknown’s Battlegrounds and Fortnite. Today, most PC manufacturer’s gaming laptops and PCs represent a big percentage of their margin and growth,” said Clark Peng, the vice president and head of product management for MSI, in a statement. “By integrating BlueStacks deeply to create this new category of mobile gaming devices, we are giving something that users need while expanding our potential market considerably. For the last five years, we have seen PCs lose to mobile devices. We will reverse that trend in the gaming market.”

Sharma said that Palo Alto, California-based BlueStacks is a small portion of the overall mobile gaming user base. But it is a significant and fast growing portion of paying users. This is no surprise since PC gamers are used to paying for games, Sharma said. 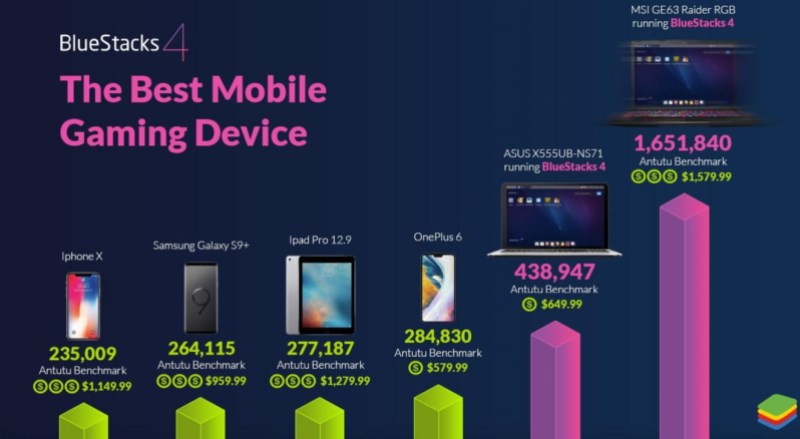 Above: BlueStacks argues it has the best mobile gaming performance — on a PC.

“BlueStacks 4 represents a major new architecture for BlueStacks,” said Suman Saraf, chief technology officer at BlueStacks, in a statement. “Deep integration between Android runtime and Windows and its patented on-demand architecture has multiplied the performance gains. Also working closely with game developers, we have been able to produce smooth game play using the keyboard and mouse.”

BlueStacks has raised $27 million to date from investors including Ignition Partners, Radar Partners, Andreessen-Horowitz, Samsung, Redpoint, Qualcomm, Intel, Presidio Ventures, Citrix, AMD, and Helion Ventures. The company launched in May 2011 and the first version of BlueStacks was released in March 2012. BlueStacks has 180 employees.