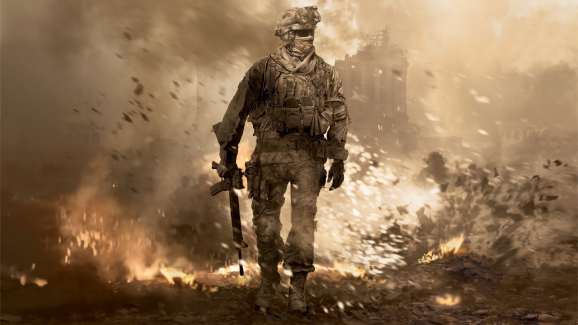 It’s no suprise Call of Duty be among the U.S. top 10 best-selling titles of the month. The annual military shooter franchise is among the top-selling games of every year. But it is strange to see one of its older installments hit the charts. According to The NPD Group, 2009’s Call of Duty: Modern Warfare 2 was the No. 8 best-selling game in the U.S. in August.

So, uh, why? Well, the Xbox 360 version of Modern Warfare 2 became backward compatible with the Xbox One on August 28. This drove sales of the shooter to an insane degree. In July, Modern Warfare 2 was only the No. 321 best-selling game. This growth shows that many people just want a way to play older games that doesn’t involve keeping an obsolete console around. And this doesn’t just apply to the old games they have laying around. They’re willing to go out and buy them (or stay in, if they’re using the newfangled internet contraption to make digital purchases).

All Call of Duty games are popular, but Modern Warfare 2 came out back when the series could still be a critical darling. The game has an average critic score of 94 on Metacritic. This was when the idea of a shooter focusing on modern combat, as opposed to World War II, still felt fresh. It was also earlier on in Call of Duty’s annual release cycle, so the franchise as a whole suffered less from fatigue.

Modern Warfare 2 even managed to beat the most recent Call of Duty game, WW2, which charted at No. 15.

The next Call of Duty, Black Ops 4, releases on October 4 for PlayStation 4, Xbox One, and PC. It ditches a single player campaign (something that was still a focus and major selling point for the series back for Modern Warfare 2) and instead focuses an expanded zombies mode and Blackout, Call of Duty’s take on battle royale.