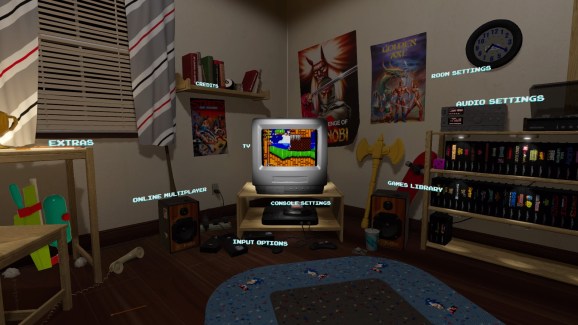 Sega announced today that it is bringing the Sega Genesis Classics collection to the Nintendo Switch this winter.

Sega Genesis Classics released for PlayStation 4, Xbox One, and PC on May 29. The collection includes over 50 games from Sega’s 16-bit console. It’s coming to the Switch is another example of third-party publishers throwing more support to Nintendo’s successful platform.

Sega Genesis Classics is a great collection for retro gamers and Sega fans. Instead of just having you pick games from a plain menu, it uses a virtual ’90s kid’s room as its hub. It helps transports you back to the era.

The collection is missing some notable games, notably the Ecco the Dolphin series and Sonic the Hedgehog 3 (and its add-on pack, Sonic & Knuckles). But it includes a lot of great titles that normally don’t get added in these kinds of collections, including the Zelda-like Beyond Oasis. It also includes some fantastic games from develop Treasure, including the 2D platformer Dynamite Heady and the co-op run-and-gun game Gunstar Heroes.

Sega Genesis Classics gives you a way to play many of these games without having to buy a Genesis micro console, which don’t match the quality of Nintendo effects like the SNES Classic Edition. And as neat as having a miniature console is, the 50-plus library of Sega Genesis Classics trumps the SNES Classic Editions 21 games (at least in terms of quantity).