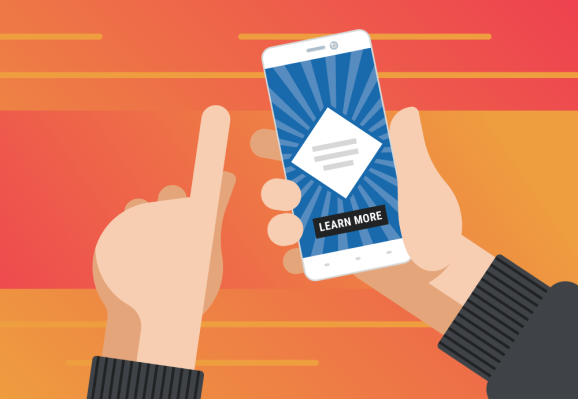 Maybe it’s trite to say, but if anyone can understand the value of advertising, it’s certainly marketers. Those same marketers though, when they’re off the clock, will readily admit there are far too many lousy ads. And it’s not only marketers with their trained eyes who are noticing how bad and invasive much of advertising can be; everyone else is too.

In a 2017 survey of U.S. internet users by Kantar Millward Brown, 71 percent of respondents said that ads are more intrusive now than they were three years ago. While not remotely surprising, the danger is that, “consumers who feel ads are becoming too invasive are taking actions that advertisers should take seriously.” In February, a widely-cited IBM study showed that 16 percent of smartphone users are now blocking all ads. In the U.S. and Europe, ad-blocking has mainly been restricted to desktop. However, in Asia the popularity of mobile ad-blockers has soared, and there’s nothing to prevent a similar trend in other markets.

This conundrum is leading some industry experts to leap to the hasty conclusion that these users must feel that all advertising is invasive and/or irrelevant. And interstitials, given their power and impact, will often unfairly bear the brunt of this advertising criticism. We hear publishers say all the time that, “interstitials are a bad and intrusive ad format.” But upon closer inspection, this turns out to be much more myth than fact.

Let us start by defining our terms: What is an interstitial? Google defines interstitials as, “full-screen ads that cover the interface of their host app.” (They are not pop-ups.) When used intelligently, interstitials are placed at natural transition points that create a sense of flow in an app: between levels in a game; between menu screens in a utility or news app; or directly after a user has read their nth article, in the case of a news app. On mobile, the interstitial can be as large as ten times the size of a banner, making it enormously powerful at capturing user attention and generating maximum impact and recall.

It was only a handful of years ago that VentureBeat claimed interstitial ads would surpass performance expectations for brands. But at the start of 2017, Google began to penalize mobile websites that used large interstitials. In response, publishers quickly discarded interstitials across websites AND mobile apps — even though Google did not say that mobile apps would be penalized for showing interstitials. Thus began the decline to where we are today: Only about 16 percent of ComScore’s top 2000 mobile apps are monetizing with interstitials.

Fact: Interstitials are an effective format for both publishers and marketers

So that means 84 percent of app publishers aren’t using interstitials. And, we’ve found in countless publisher conversations that many of them are reticent to even try the interstitial format. But, on both CPM and overall earnings potential, interstitials score considerably higher than banners — and many publishers, based on our experience, just haven’t run the tests and done the math.

The truth is, when used judiciously, interstitials remain a highly effective format for both publishers and marketers. If we go back to the 2017 survey of U.S. internet users by Kantar Millward Brown, the main reason respondents felt ads were intrusive was because they felt the ads were annoying or irrelevant.

How can marketers fix this? By upgrading their targeting strategies — and infusing quality, consented, first-party data into their campaigns. A shotgun approach with interstitials is not acceptable; it will alienate too many people. The targeting AND the creative should both be informed by real data, and these ads should not be run as ‘one-size-fits-all’.

With mobile predicted to surpass TV as the medium attracting the most minutes in the U.S., marketers should not underestimate the value of the interstitial format. Rather than completely rule out a format that has been wrongly tarred with a wide brush, for mobile, brands should consider all advertising formats in their mobile campaign. Leveraging first-party data and executing thoughtful creative will allow brands to connect with consumers no matter the format of the ad. And in turn, publishers will benefit from higher revenue and a better user experience.

Shane Minte is Vice President of Publisher Development at Ogury. Since the company’s launch in 2014, Shane has worked to grow the in-app reach of Ogury’s mobile data platform from 0 to over 400 million global users across thousands of apps. Prior to joining Ogury, Shane conceived, built and managed Taboola’s midmarket-publishers business unit and worked as one of the first New York hires at Criteo, where he led a team in publisher sales. Shane graduated from Skidmore College with a degree in Business.