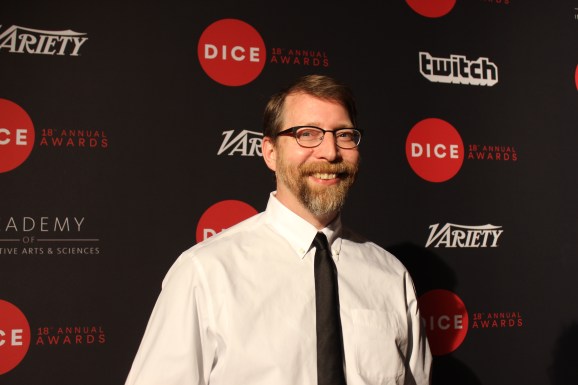 Telltale Games CEO Kevin Bruner (Game of Thrones, The Walking Dead adventure games) said those endings where you don't really have a choice are "tailored stories."

The cofounder and former chief executive officer of Telltale Games has posted a public statement about the studio’s reported layoffs and potential closure. Kevin Bruner started Telltale in 2004, but new investors helped force him out of his leadership position in 2017. Now, while still embroiled in a legal fight with his former company, the studio has laid off most of its staff, according to a source that confirmed it for GamesBeat and other press reports. Telltale is now merely a skeleton crew that is trying to finish The Walking Dead: Season Three.

“I can say that I’ve done everything within my power to prevent today from happening,” Bruner told GamesBeat. “I’ve never wanted anything more than for Telltale to thrive.”

The former Telltale boss elaborated in a statement on his personal website.

“Today, I’m mostly saddened for the people who are losing their jobs at a studio they love,” he said. “And I’m also saddened at the loss of a studio that green-lit crazy ideas that no one else would consider. I’m comforted a bit knowing there are now more talented people and studios creating games in the evolving narrative genre. While I look forward to those games and new developments, and continuing to contribute, I will always find ‘A Telltale Game’ to have been a unique offering.”

Bruner oversaw Telltale as it went from a small studio trying to make adventure games to one with a breakout hit in 2012 with The Walking Dead. It was GamesBeat’s Game of the Year, and it won Game of the Year and Studio of the Year at the then-Spike Video Game Awards show. This success introduced a huge audience to the potential of narrative and characters in an interactive medium.

Telltate issued a statement on Twitter at 2:33 p.m. Pacific time:

In 2017, led by investor Lionsgate, Telltale’s board removed Bruner as CEO and replaced him with fellow cofounder Dan Connors. Later in the year, the company brought in former Zynga executive Pete Hawley to take over as CEO. Throughout this period, Bruner claims that the company cut him off from communication, which he says was a breach of his rights as a shareholder. The board also removed him as a member. Bruner claims the board did not have the votes to enforce that ousting.

Earlier this year, Bruner sued Telltale for cutting him off and pushing him out. In July, that case went before the court. As of that hearing, the case was ongoing. The court planned to reconvene the case for another hearing on October 17. I’ve reached out to Bruner and Telltale to ask if that hearing is still going to happen.

Here is the full text of Bruner’s message, which he titled “Telltale Closure.”

As a co-founder, I take an enormous amount of pride that we were able to build the kind of games that I am immensely passionate about creating, exploring, evolving, and perfecting (if that’s even possible). We built a significant new brand, helped define a new genre, and thrived for more than a decade.

We pursued projects that no one else would consider. The Walking Dead, Tales from the Borderlands, The Wolf Among Us, Batman, Minecraft, Puzzle Agent, Poker Night and Sam & Max are the kind of projects I personally loved and I poured my heart and soul into each one. Those are the kind of projects no other publisher or studio would touch. We chose to venture where others dared not go, and we found some success along the way. It took a lot of vision, luck, will power, teamwork, talent, and very long days and nights to get there, but it will forever have been worth it.

And we did it all while growing, attracting some of the most talented people I’ve ever known. We were equally passionate about making sure our employees always had a home. Prior to my leaving, we were able to avoid sweeping layoffs and (somehow) managed to ensure that we always had work for everyone. We worked hard and sometimes it seemed like we had more than we could handle but we stuck together and forged ahead.

Today, I’m mostly saddened for the people who are losing their jobs at a studio they love. And I’m also saddened at the loss of a studio that green-lit crazy ideas that no one else would consider. I’m comforted a bit knowing there are now more talented people and studios creating games in the evolving narrative genre. While I look forward to those games and new developments, and continuing to contribute,  I will always find “A Telltale Game” to have been a unique offering.

I know that Telltale will be remembered fondly for what it has done best.

I will update this post with any new information from Bruner or Telltale.