“Pixar originally didn’t want to do the project [Coco VR] because they didn’t think we could hit the quality bar that they found acceptable,” said Ben Grossmann, the cofounder of Magnopus. “We had to prove ourselves.”

And they did just that. Magnopus is an entertainment experience company founded by people that have decades of experience, awards, and creativity. The Google meta description for their website explains that they aim to “tell stories without borders” and the “What” page of the site states that they’re “creating the impossible by any means necessary.”

What better way to do that than with the immersive power of virtual reality?

“All new employees at Magnopus are told that, regardless of the problem or how new they are, that they have the power to raise their hand and say that something isn’t good enough,” said Grossmann.

From what I’ve heard in talking to people from Disney and Pixar, that’s very much along the lines of the same ideas those companies preach. Walt Disney himself once famously said, “Whatever you do, do it well,” and that feels like it’s ingrained into the DNA of not only Pixar and Disney as companies, but Magnopus as well. They may not be the household name that Pixar is, but it doesn’t mean that their work isn’t of award-worthy quality already.

In fact, Magnopus has already earned three different Emmy award nominations for its projects in the VR arena (Mission: ISS, Blade Runner 2049: Memory Lab, and Coco VR) and it’s only a matter of time before one of them takes home the prize.

“Our secret sauce is all the projects that you haven’t seen,” said Alex Henning, another Co-Founder of Magnopus in an interview. “Being willing to iterate a lot and to try a lot of things early, to fail fast as it were and build up our knowledge as quickly as possible by tackling real world challenges.”

During our chat Grossmann told me that “Magnopus” is a portmanteau of the Latin words for “greatest work” (Magnum Opus) and they’ve built their entire company around that mantra. And they’re focusing so heavily on VR because they see it as the future of entertainment — at least until something better comes along.

“We want to take people beyond the movie theater,” said Grossmann. “We founded Magnopus right around when Oculus was getting out of Kickstarter and started out very quietly. We’ve stayed quiet. All the time people spend talking at conferences is time not spent actually pushing things forward. You could just go build it.”

Each of Magnopus’ three major VR projects to date (listed above) have been about not just replicating things you can see elsewhere, but rather putting you inside of an experience that transports you. Instead of re-enacting or watching a scene from the recent Blade Runner film, the Memory Lab experience gives you total freedom. Instead of walking through the land of the dead as Coco, you actually become one of the skeletons with full customization in a multiplayer sandbox environment. And Mission: ISS is still one of the best, most visually impressive, and engaging space simulations out there. The fact that NASA, the European Space Agency, and the Canadian Space Agency were all involved in that collaboration is immediately apparent.

“The mindset for us has always been to look for areas that we feel like we can concentrate and create some sort of lasting impact,” said Henning. “As interesting as it is to create this type of content, that’s just scratching the surface of what all of the applications of this technology [VR and AR] might be.”

There’s still a long way to go though. What Magnopus straddles the line between game and movie in a way that few things have and it really feels like the idea of a “VR experience” is starting to become more defined. Compare Coco VR to something like the Beauty and the Beat VR dress rehearsal and it’s like night and day. This stuff is truly on another level.

“You have to build up a culture where quality is a critical bar,” said Grossmann. “This medium is still so young and still evolving and there is a lot of stuff out there that just doesn’t work well. Now is the time to figure all that stuff out before the spotlight turns on with tens of millions of consumers.”

Obviously for a collaboration with Pixar, using their own original IP, it’s going to be sticky. That’s a company that cherishes their attention to quality and detail. The fact that they originally turned down Grossmann, Henning, and the rest of Magnopus — despite their previously existing awards and work — speaks volumes. 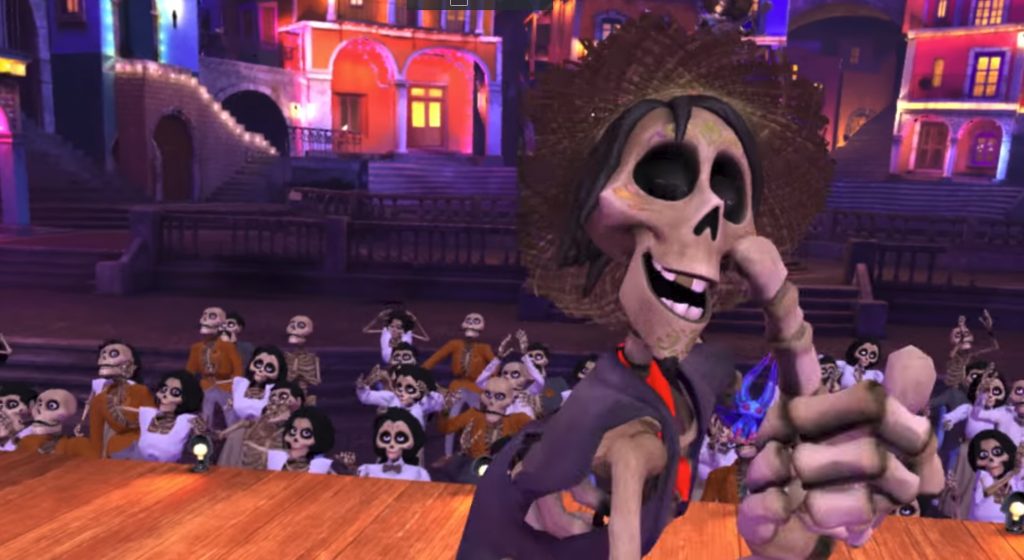 “For Coco VR, we asked ourselves, since it is an interactive experience that puts the user at the center, how little story can we have and still have it be fun? How much narrative is too much narrative? What’s the balance between linear and non-linear? If you take two friends and put them somewhere with fun stuff to do, we found most people will create their own experiences.”

As a consumer and someone that spends a lot of time in VR, it’s easy to notice things that don’t work well. As much as I love Skyrim VR, even after dozens of hours, I still find myself unsure about which buttons bring up which menus while playing. But if I put someone in Job Simulator, even if they’ve never tried VR or even a video game in their life, it’s immediately intuitive.

“For good VR, the technology should be invisible and it should just feel like magic,” said Grossmann. What better way to create magic than to get Disney and Pixar involved?

“A couple years ago as VR was hot in the industry there was conversation internally about ‘Should we do VR’ at Pixar,” said Marc Sondheimer, Producer on Coco VR. “Something like a short story we could tell. At the same time we started thinking that an existing property would make it more cost effective. We even had the Disney Technology and Innovation Group approach us to explore VR with one of our film projects.”

And then, enter Magnopus. Their collaboration pitch was initially turned down, but they were able to win over Pixar with their ideas and attention to detail. This isn’t Disney’s first foray into VR by any means, especially if you consider The Void’s Star Wars experience, all of the 360 video work they’ve done, and the one-off apps we’ve seen pop up on stores. ILMxLAB’s Trials on Tatooine is still a fan favorite as well.

But the Coco VR project was very different.

“Usually we start with a traditional movie script and iterate on that before production, but VR is a different beast than cinema,” said John Halstead, Supervising Technical Director at Pixar. “We did go through a few versions of something you’d maybe call a script but it read more like a list of potential outcomes than an actual script.” 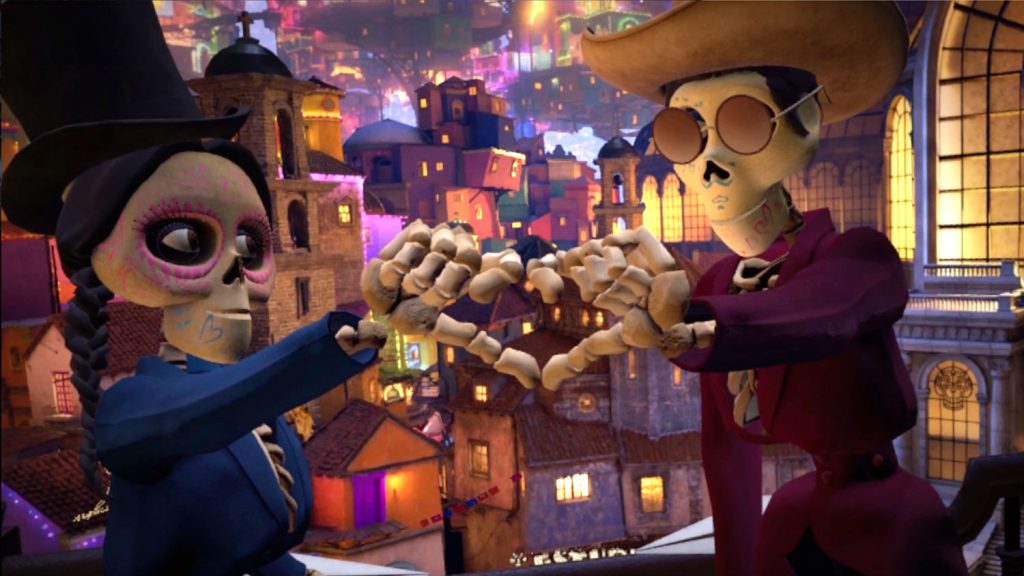 It’s a fascinating process to think about. Since a VR experience is a space that you can exist in, rather than a rectangle you stare at, there are so many more variables. The viewer’s whims and interests are for more likely to derail what you have planned since you can’t force someone to look at something in VR.

“We do a lot of story boarding, so our version of story boarding for this was basically creating a rough build of the experience and going through and talking about goals and what works,” said Halstead. “Like a 3D story board.”

One can only hope that Pixar’s interest in VR continues. The main thing that VR needs right now is great, immersive content from the masters of their craft. On the gaming front studios like Sony, Bethesda, Ubisoft, and more are all pushing VR heavily in their projects, so if more Hollywood-caliber companies like Pixar continue to step up, we could see a lot more projects like Coco VR getting awards and nominations from companies like Magnopus and others.

“We are still exploring the medium, but there are no concrete plans to shift attention from film to VR or anything like that,” said Sondheimer. “We are still interested in it and exploring it, but it’s also playin an important role in film production too. We are putting sets inside game engines so directors can explore the spaces in a headset as they make the film. That’s already being used in both Toy Story 4 and another 2019 film.”

OK, so, Toy Story 4 VR … please? Now that Kingdom Hears 3 is getting a VR experience, anything is possible, right?