Forza Horizon 4 is a gorgeous spectacle. It is varied, challenging, and fast. In other words, it is everything you want from a racing game.

The biggest hurdle for developer Playground Games is that you could say all of that about Forza Horizon 3 or even its predecessors. This is a franchise that has always delivered. So going into this one, I was wondering if we needed another one. Or are we just doing this because Forza is the one Microsoft exclusive that isn’t having an identity crisis?

Forza Horizon 4 is out October 2 on PC and Xbox One for $60 and as part of the $10-per-month Game Pass subscription service. And I think we absolutely need it. It’s the best racing game of the generation.

The ideal of the Horizon formula

This series has been excellent since its debut in 2012. The Xbox 360’s Forza Horizon was a great way to take the physics, customization, and cars from Motorsport add in some lighthearted fun. Somehow, each game has improved on that.

Forza Horizon 4 maintains the series’ reputation. Once again, I’m left wondering how you make Forza Horizon 5 better than this. Among the reasons this entry is so solid is because the world never gets in the way. The environment looks detailed and realistic, but Playground is not going to destroy your momentum to give a stone wall. You can tear through obstacles like tissue. This series has done that before, but it has never felt quite as friendly as it does here.

Another example of how Horizon 4 squeezes more fun out of its traditions is the progressions system. You steadily level up everything in this game. You have separate progression for street races, cross-country, and rallying. Even each individual car has its own leveling system. That might sound exhausting, but it gives you both a reason to stick with a car and a reason to start working on the next one when you’re ready.

Playground presents its games better than any other developer working right now. Forza Horizon 4 is more evidence of that. Its clips before and after races are gorgeous. They feature your driver and their car standing in front of massive stylized menu or display. This tells you what race you’re in or how many experience points you just earned. It looks stunning, and it makes the game feel lively and expensive.

Great Britain is beautiful over seasons

Forza Horizon 4 is stunning. Racing games are always technical showpieces, but I don’t think you could get a better looking game for your Xbox One X right now. I’ve mostly played in performance mode on console, which is getting me 60 buttery smooth frames per second. And sure, you notice the dip in resolution, but it’s not distracting. And even in performance mode, it still looks beautiful.

It takes place in Great Britain, and that means you get some pretty roads, green pastures, and plenty of cozy-looking hamlets. Playground then adds variety to this already mesmerizing space through the use of different times of year.

The conceit of Forza Horizon 4 is that it’s the car festival that never ends. That means a green pasture might sometime feature some fall colors. Or it could end up covered in snow or flowers. It’s not all just cosmetic changes. Rain and ice will cause handling differences as well. But it really keeps the game feeling fresh.

It also looks stunning in 1440p running at 144 frames per second on ultra settings on PC. I recommend experiencing that.

This game has character customization. That’s because it has a living online world where you will naturally come across other real players at any time. When this happens, you don’t want to embarrass your friends by rocking some ugly default icon. Instead, you want to rock a chicken suit or James Bond’s tuxedo.

More important, you’ll need a decent emote when you challenge that online rando and beat them. For example, make them watch you do the floss dance or maybe the Macarena.

You can even do these dance emotes at special scenic locations, and it’s just … well, watch.

Playground has made a lot of smart improvements. The progression system does a better job of stitching together the space between races than previous games. And Forza Horizon 4 has seemingly added content without taking any of the other modes away from earlier entries.

But you are still primarily doing the same things as always. You’re still racing fast cars around a detailed world. And sure, the setting has changed, but that doesn’t feel too drastically different in the end.

That said, Forza Horizon 4 has so much going on, and it’s all so rewarding and satisfying. What you are really getting here is the ultimate refined Forza experience.

When a game series is this good for this long, you can sometimes find yourself taking it for granted. Forza Horizon 4 once again refines its formula in a number of notable ways. But those improvements are getting diminishing returns. This is the best Forza Horizon game, and that makes it one of the best racing games ever. And, at first, I didn’t think that would wow me like it once did. But I can’t put the game down. It’s so good. The progression keeps me coming back, and every car is so much fun to drive.

If you haven’t checked in with the franchise for a while, you’re going to love it. If you just picked up an Xbox One X and a 4K TV, it is a wonderful showpiece. And even if you’ve played every Forza, you’re going to fall deeply in love with this one.

Forza Horizon 4 hits PC and Xbox One on October 2. Microsoft provided GamesBeat with a download code of the $100 Ultimate Edition for the purpose of this review. 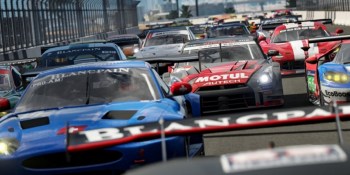 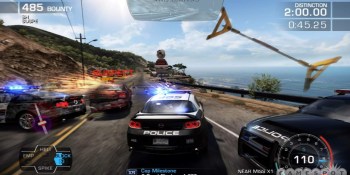 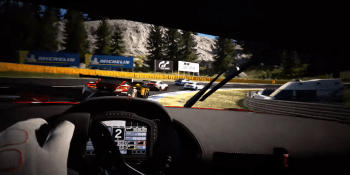 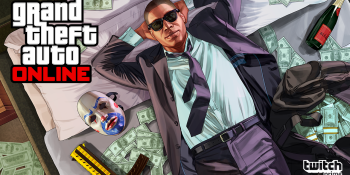