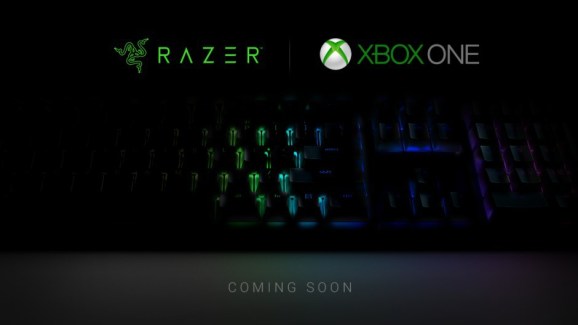 Microsoft revealed that keyboard-and-mouse support is coming to Xbox One soon. During one of its Inside Xbox livestreaming events today, Xbox boss Phil Spencer threw out this announcement as a bone to fans after promising more news in November.

“One of the things I’ve talked about for quite a while … is mouse and keyboard support,” said Spencer. “I’m proud to announce that’s coming.”

Microsoft plans to begin testing this new feature in October as part of its preview program. The first game to get support is the sci-fi cooperative online shooter Warframe. This will give players an option separate from controller that should function exactly as it does on PC.

“These are tools for developers,” said Spencer. “We’re not going to force mouse-and-keyboard support on a game that wasn’t designed for it. A developer owns the creative vision for their game. If they want a controller-only game? Great. No issue with that.”

Spencer said that the motivation here is to enable mouse-and-keyboard-only games to come to console. If developers have this as an option, they may start bringing those experiences to Xbox One.

But what about my matchmaking?

Of course, some developers are going to enable you to play competitive shooters with mouse-and-keyboard if the option is available. And won’t that ruin the experience for controller players? After all, mouse is far more accurate than an analog stick, right?

That’s not going to happen, according to Spencer.

“In terms of matchmaking, that’s all in the hands in the developers,” said Spencer. “If you’re worried that a bunch of mouse-and-keyboard players are going to flood into your game — that’s not what we’re doing. We’re putting choice into the hands of developers.”

Spencer said that Microsoft will have more games to announce with keyboard-and-mouse support at its upcoming XO18 event in November.