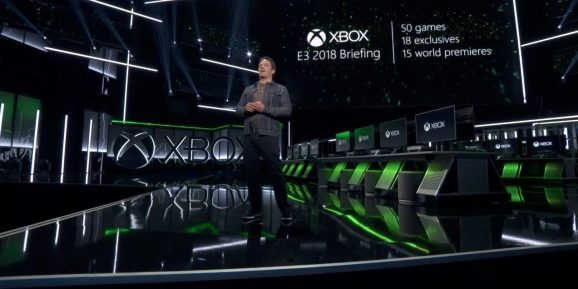 Microsoft wants to bring its gaming fans together for a massive gathering. The company revealed that it is bringing back its Xbox expo this year with X018 in Mexico City on November 10. This will give the company a chance to connect directly with consumers in a meaningful way.

During an Inside Xbox livestream today, Xbox boss Phil Spencer said that X018 will broadcast online globally. He wants to treat it like an Inside Xbox show. This means you can tune in on Twitch or Mixer. But Spencer also promised major news announcements from both Microsoft and third-party publishers and developers.

“We know our fans love [big announcements],” said Spencer. “We can celebrate what it means to be an Xbox fan and gamer. I think it’s gonna be a great time.”

Spencer also noted that this is part of listening to fans.

“We’re bringing back XO,” said Spencer. “One thing fans have to understand is that their voice is critically important. We are listening to their feedback. It’s critical to the products and services that we put in front of them. We’re listening.”

Microsoft has thrown XO events in the past, but it is bringing it back in a time when we have no shortage of major gatherings. PAX now has four separate video game shows each year. The Electronic Entertainment Expo has turned into another fan-focused show. And then major gatherings like EGX and GamesCom in Europe attract hundreds of thousands of attendees.

But Microsoft looks like it is most closely emulating Sony’s PSX fan event for PlayStation products. PSX has brought together fans over the last couple of years to celebrate Sony’s gaming brand. This has also given PlayStation a platform to make major announcements near the end of the year.

With X018 happening in November, Microsoft seems like it is filling that slot this year. Sony still has not confirmed whether it is planning a PSX for late 2018 or not.