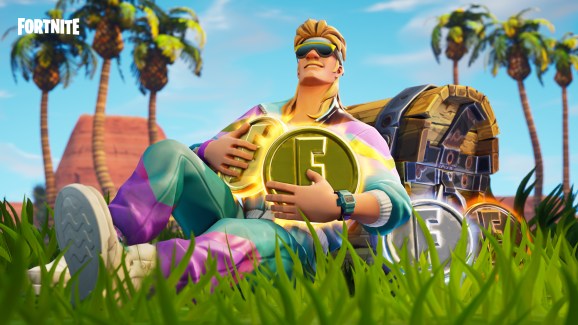 Sony is finally letting Epic fix its split-accounts problem. The PlayStation company announced today that it will enable crossplay, and that means you can enjoy Fortnite on PS4 while playing with your friends on Xbox One or Nintendo Switch. This will also free your Epic Account from Sony’s walled garden.

Since Fortnite launched on consoles, players have found that if they made an account on PlayStation 4, they couldn’t then use that Epic account on an Xbox One or Nintendo Switch. In order to play and make purchases on a Switch and PS4, for example, players had to make multiple accounts. This split up progression and items.

Epic has always known this is a problem, but it was a result of Sony’s policies. The Fortnite studio couldn’t do anything about it. But now that Sony Interactive Entertainment has loosened its grip, Epic has plans for how to handle this in the future.

Epic knows that many people spent money on two different accounts. For those people, crossplay is nice, but they are more worried about their purchases. The developer took to social media to lay out its plan. You’ll just have to wait a couple of months for the big fix to roll out.

“For players who created an extra account to play Fortnite on multiple console platforms, we’re working on two things,” the Fortnite account wrote on Twitter. “An account-merging feature to combine Battle Royale purchases [is] coming in November. [And we will] enable unlinking a console from one Fortnite account and relinking to another Fornite account. [That’s] coming in a few days.”

Epic still hasn’t provided specifics about how all of this will work. It seems like it is still figuring out the account merging option. But it should come as a relief to Fortnite players who are sick of having one account on Xbox One and Switch and another one on PlayStation 4.