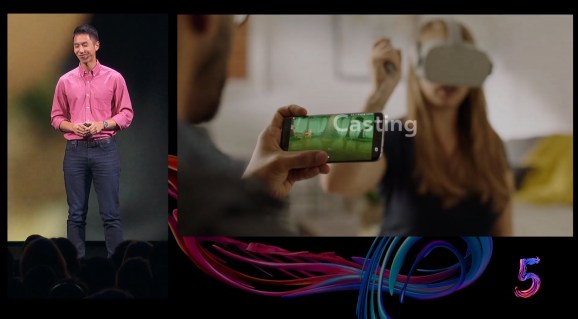 Facebook announced today that virtual reality users will be able to do “casting,” or sharing their VR experiences on the Oculus Go on a mobile device or, eventually, the television.

Your friends will be able to see what you are experiencing in an Oculus Go VR app. They can watch what you see on the VR screen, allowing them to laugh with you — or at you — as you experience things in your immersive headset.

The company made the announcement at the Oculus Connect 5 event in San Jose, California, where we also learned YouTube VR is coming to the Oculus Go.

Oculus Go will support casting as early as next month, “so the next time you make that had-to-be-there play or jump out of your skin as you Face Your Fears, your friends can actually be there and follow along on their mobile device or TV.”