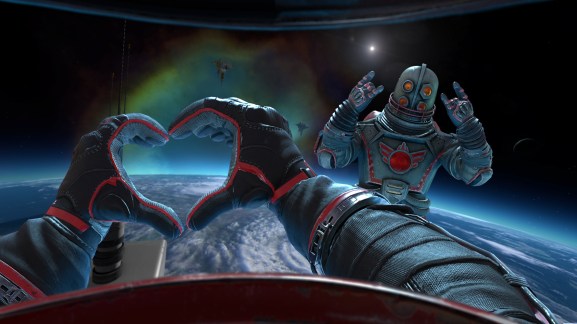 Space Junkies is Ubisoft’s arcade shooter about flying around space in virtual reality, zooming about in orbital arenas with a jetpack and shooting your friends.

While Ready At Dawn’s Echo Combat is a realistic and immersive simulation, Ubisoft’s is a neon-glowing comedic take where you can take on friends in 1-on-1 or 2-versus-2 multiplayer matches on the Oculus Rift.

You get to use your hands and body to move around space in an arena with a lot of open space and cover. You can fire sci-fi weapons that are like rocket launchers, shotguns, pistols, or assault rifles. You get full use of motion controllers to bring you into the action. 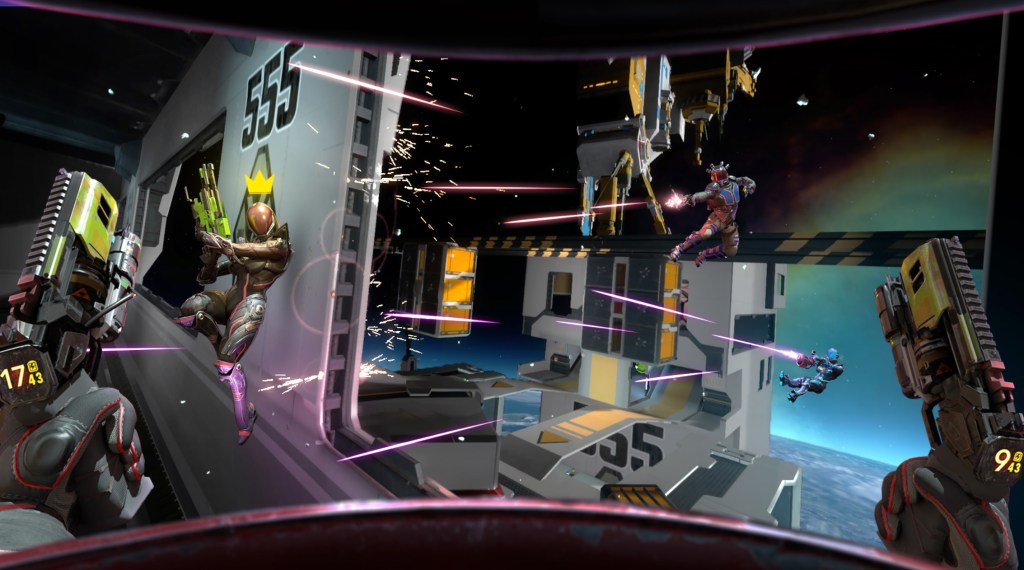 I tried it out at an Oculus event, and I managed to get the hang of maneuvering with a jetpack without too much effort. The weapons are accurate and the action is fast. You have to try to go through tunnels or rock areas and get a drop on your rival in a gun duel. It’s frenetic fun, with no real story or point other than to shoot your rivals before they shoot you.

The game was developed by Ubisoft Montpellier, and it debuts on the Oculus Rift and Touch in late 2018 for an undisclosed price.