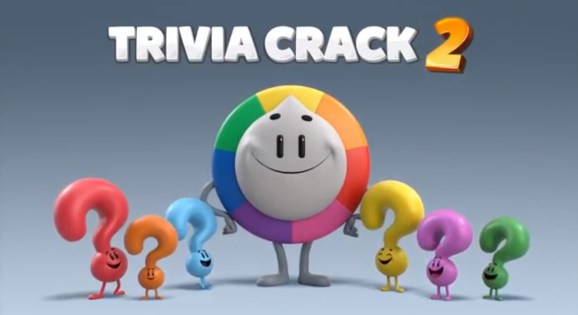 The original Trivia Crack has been downloaded more than 500 million times. And now mobile game publisher Etermax will launch the sequel, Trivia Crack 2, globally on October 25. The Buenos Aires-based Etermax said the new quiz game will debut on iOS and Android, targeting both existing fans and new players alike.

Etermax said the free-to-download game has been redesigned to offer more fun elements and enhanced competitive flavor than its predecessor. Players can sign up on the web site above and receive rewards like Gold Chests and Expert Packs for the October 25 launch.

Trivia Crack did well because it was designed to be social, with trivia at its core. It integrated online connectivity to spur competition among friends and challenges to test a player’s knowledge. The objective is to answer questions correctly and unlock all of six characters that each represent a knowledge category — Art, Science, Sports, Entertainment, Geography, and History — in order to win.

You earn characters by answering questions and spinning the category wheel, with challenges that help you gain an advantage on your opponents. The first had powerups, freebies, and multiple games modes. The app consistently remained at the top of Apple App Store and Google Play charts since its launch in 2013 and has been ranked the No. 1 app in over 45 countries, Etermax said.

“We discovered the perfect social formula to power Trivia Crack’s success with a beloved game mechanic at its core that is known by millions around the world,” said Maximo Cavazzani, CEO of Etermax, in a statement. “We’ve been working hard to evolve this game and really perfect what we set out to create – a social trivia game that can enrapture people young and old, no matter their cultural differences. We look forward to presenting Trivia Crack 2 as the embodiment of this vision.”

Etermax was founded in 2009. Its most popular games include Aworded Crack (most downloaded game of all time in Spain), Pictionary, Trivia Crack, and Trivia Crack Kingdoms.