We saw a bevy of announcements came out of Facebook’s Oculus Connect 5 conference today, but one of the most exciting might have been from Industrial Light and Magic. It took the wraps off Vader Immortal: A Star Wars VR Series, a launch title for Facebook’s new standalone Oculus Quest headset that builds on the foundation of Industrial Light and Magic ILMxLAB‘s Star Wars: Secrets of the Empire VR experience.

Vader Immortal: Episode I — the first in a three-part series — was written and executive produced by David S. Goyer, and it takes place between Revenge of the Sith and A New Hope (a period the excellent Darth Vader comics tackle as well). Players trek to Vader’s castle (its first “new canon” appearance is in Rogue One: A Star Wars Story) on the volcanic world of Mustafar in a “yet untold” story in the Star Wars universe.

“Whether it’s hearing Darth Vader’s breathing behind you and physically turning to face him in person or wielding a lightsaber with your own hands, Vader Immortal captures the ultimate wish fulfillment,” Oculus head of experience Colum Slevin said in a statement. “Untethered VR immerses you in this universe and places you at the center of this amazing story.” 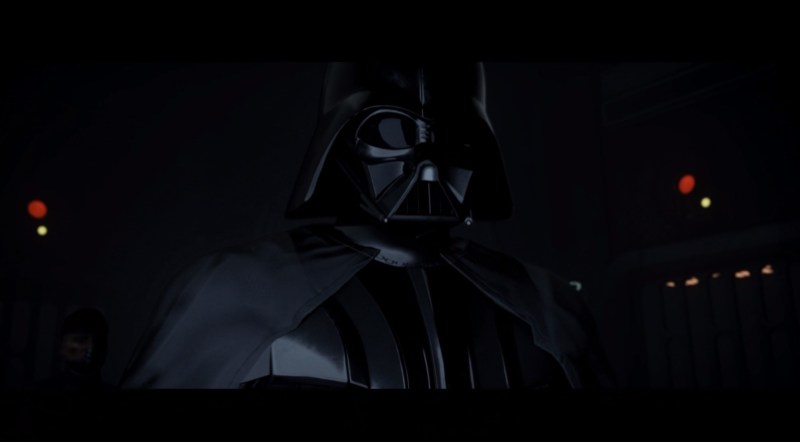 “[These] stories … cross the boundaries of home and location, and that deepen our experiences with beloved characters in a galaxy far, far away — and beyond,” Vicki Dobbs Beck ILMxLABS, the executive in charge of ILMxLAB, said onstage. “Our mission at ILMxLAB is to have fans step inside our stories, and Vader Immortal: A Star Wars VR Series represents a significant step forward in that ongoing quest. Our friends at Oculus share ILMxLAB’s ambition to bring compelling immersive narratives to life, and using Oculus’ hardware, we will invite fans to experience Darth Vader as never before.”

Vader Immortal: Episode I follows closely on the heels of Star Wars: Droid Repair Bay, an ILMxLABS experience that puts Oculus headset wearers in the middle of a battle against the First Order on General Leia’s ship.